Preparing the LHC for the lead-proton run

For the last run before the two-year shutdown, the LHC is going beyond its original design specification and will collide protons with lead ions 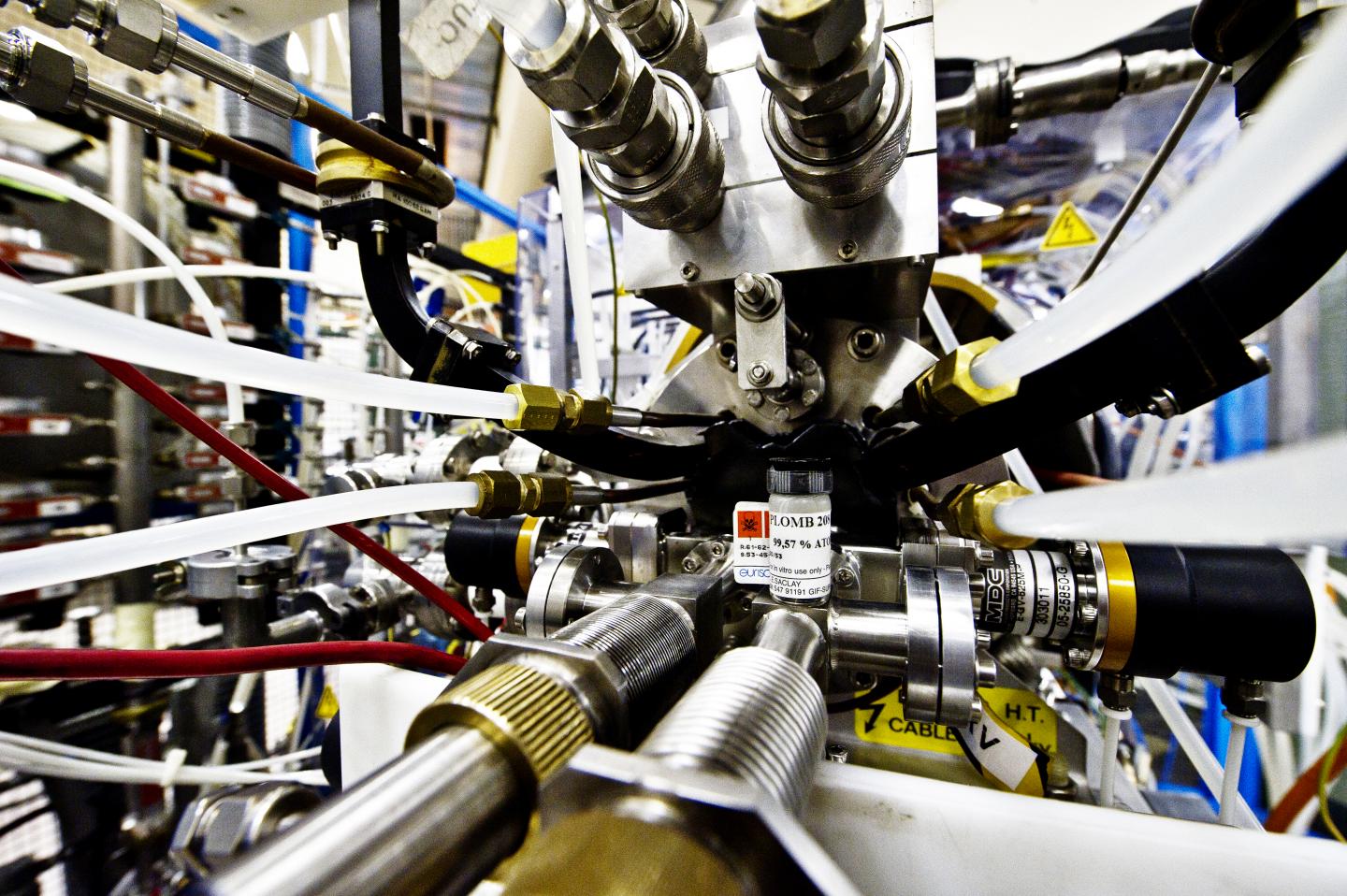 This small bottle contains the lead source for <a href="/about/accelerators/linear-accelerator-3">Linac 3</a>, which provides lead ions for collisions in the LHC (Image: CERN)

For its last run before a two-year shutdown, the Large Hadron Collider (LHC) is going to go beyond its design specification and collide protons with lead ions, as it did in a trial run last September.

The LHC accelerates two counter-rotating beams of particles and brings them into collision inside detectors. The two beam pipes are contained within a single magnetic structure, where both beams experience the same strength of magnetic field. But lead ions are 208 times as heavy and have 82 times more positive charge than protons, so they respond differently to the effects of the magnets. These effects are particularly pronounced at the injection energy of 450 GeV, where in one minute protons lap the 27-kilometre LHC some 674,729 times – about eight times more often than the heavier lead nuclei.

“Fortunately, the LHC has two radiofrequency systems and this means that we can tune the two beams separately,” says accelerator physicist John Jowett. At higher energies the beams are closer in speed and the LHC team can move the proton-beam orbit about a millimetre towards the outside of the beam pipe, giving it a longer path to travel around the accelerator. The team also moves the lead beam towards the centre of the beam pipe to shorten its path. These adjustments ensure that the revolution frequencies of the separate beams become equal, so the beams collide properly in the experiments. The accelerator team is currently preparing the beams and testing the accelerator before the lead-proton run planned for later this week.

If colliding asymmetric beams was not part of the original LHC design, why is it now on the "to do" list? A major motivation is to create a benchmark for lead-lead collisions. These collisions create quark-gluon plasma, a hot, dense soup of quarks that are free-floating instead of being bound into particles. In high-energy lead-lead collisions in the LHC it can be difficult to distinguish effects caused by the presence of lead nuclei from effects caused by the plasma. Proton-lead collisions will not produce quark-gluon plasma, however, allowing physicists to isolate the effects of the plasma from the effects of the lead nuclei.

“No-one has ever collided protons and lead ions successfully before, and we have just one month to do it. We have to implement a new set of operational procedures very quickly and then explore how much we can increase the beam intensities,” says Jowett. “It’s going to be a challenging experimental run for the accelerator.”