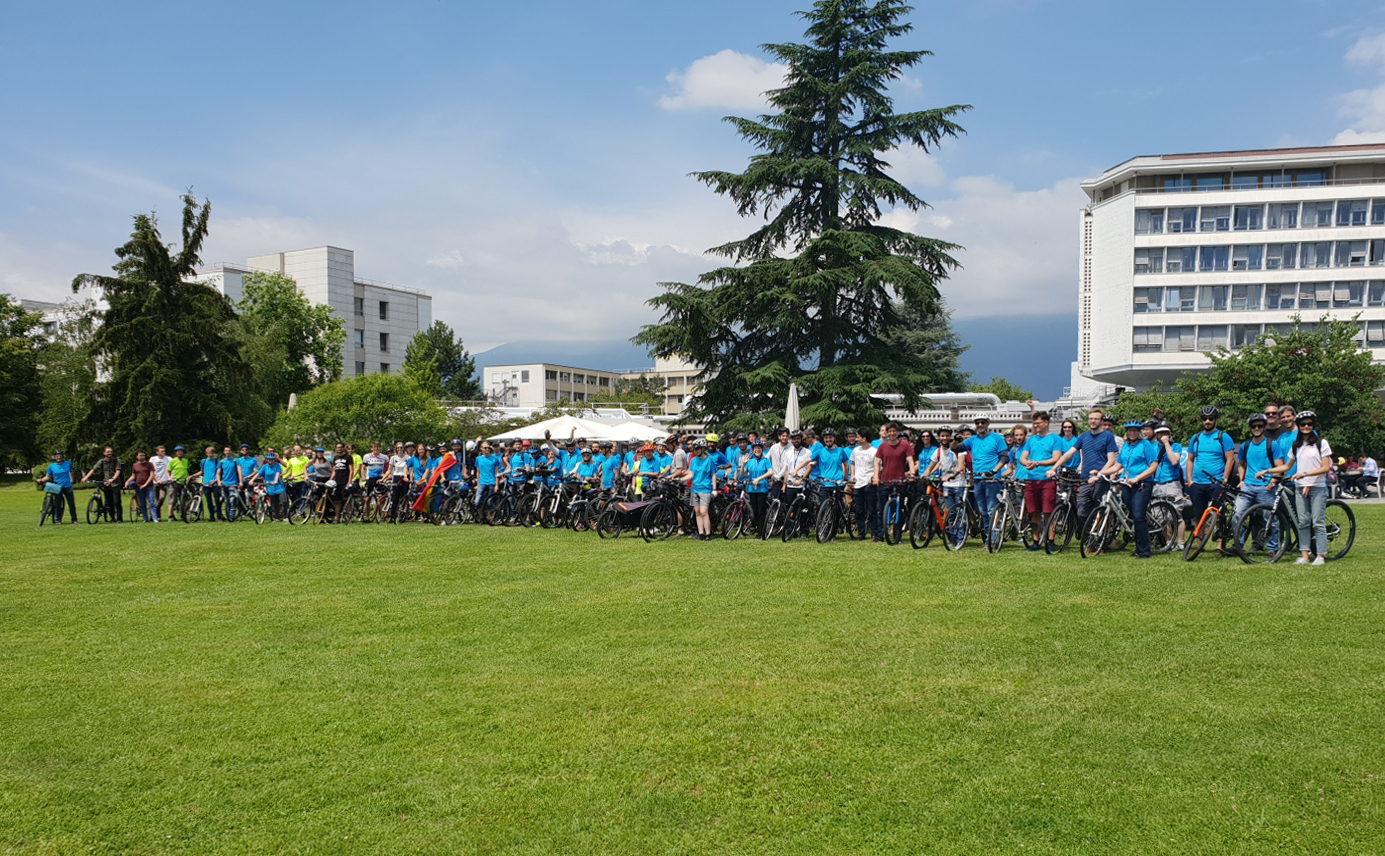 180 138 kilometres, 248 teams, and 25 940 kilograms of CO₂ reduction — these are the outcomes we can be proud of after one month of intense pedalling to and from CERN. Yet, one week after the challenge is over, CERN people haven’t stopped cycling. In fact, the campaign has convinced many to get on their bikes daily and adopt it not only as a mode of transport, but also as a lifestyle choice. Riders’ creativity was also sparked when coming up with team names. Ghostriders in the sky, Carbonara Team, LHC - Large Hadron Cyclists, Cyclopath and Quantum Spin are just a few examples.

Cinzia Pinzoni from the EP department had never really cycled before. But after accepting the challenge and signing up as a part of the “EP-SFT Ladies” team, she finally got on her bike on 1 June, hitting the road for 32 kilometres every day from Pougny, France to CERN and back. By the end of the month, she had completed 483 kilometres. “It just feels so right and now I will never stop,” states Cinzia. Her experience is inspiring and motivating: “I have more energy, I’m more mentally alert and my health has improved. The benefits are endless!”

Cinzia would also like to encourage more women to start cycling. “In the beginning it seems complicated, because you have to plan for bringing a change of clothes and taking a shower, but it is actually so simple! And being outdoors before and after working in the office is a great way to manage your time.”

Other Bike to work participants reported positive experiences and expressed the will to dedicate themselves more to cycling activities. “This campaign made me realise that biking is not that complicated even if the weather conditions are not perfect. Imagine a world where 10% of the population decides to commute by bike: less traffic noise, less pollution, less cardiovascular disease, and happier and fitter people,” says Bertrand Lefort from the Cyclopath team. Already a passionate cyclist, he confesses that if it wasn’t for the challenge, he would have driven his car when the weather was bad or when he was feeling tired. Result: 1188 kilometres in one month and some attractive savings on fuel.

This year’s Bike to work campaign mobilised 64 680 participants from 2 114 organisations and companies across Switzerland. Just one month of cycling stopped about 2 300 tonnes of CO₂ from polluting the air. And the numbers are increasing each year. CERN is positioned, as always, near the top of the list — fourth overall in terms of the number of participants, but first in its category in terms of the percentage participating. More great news: the CERN team “Doodle17” won first prize — a tour around Switzerland — in the prize draw.

Keep on rolling for the rest of the year with the Bike to CERN challenge. Sign up now  here. And most importantly, stay safe!

I work at CERNour people