Enhanced personal protection at the PS 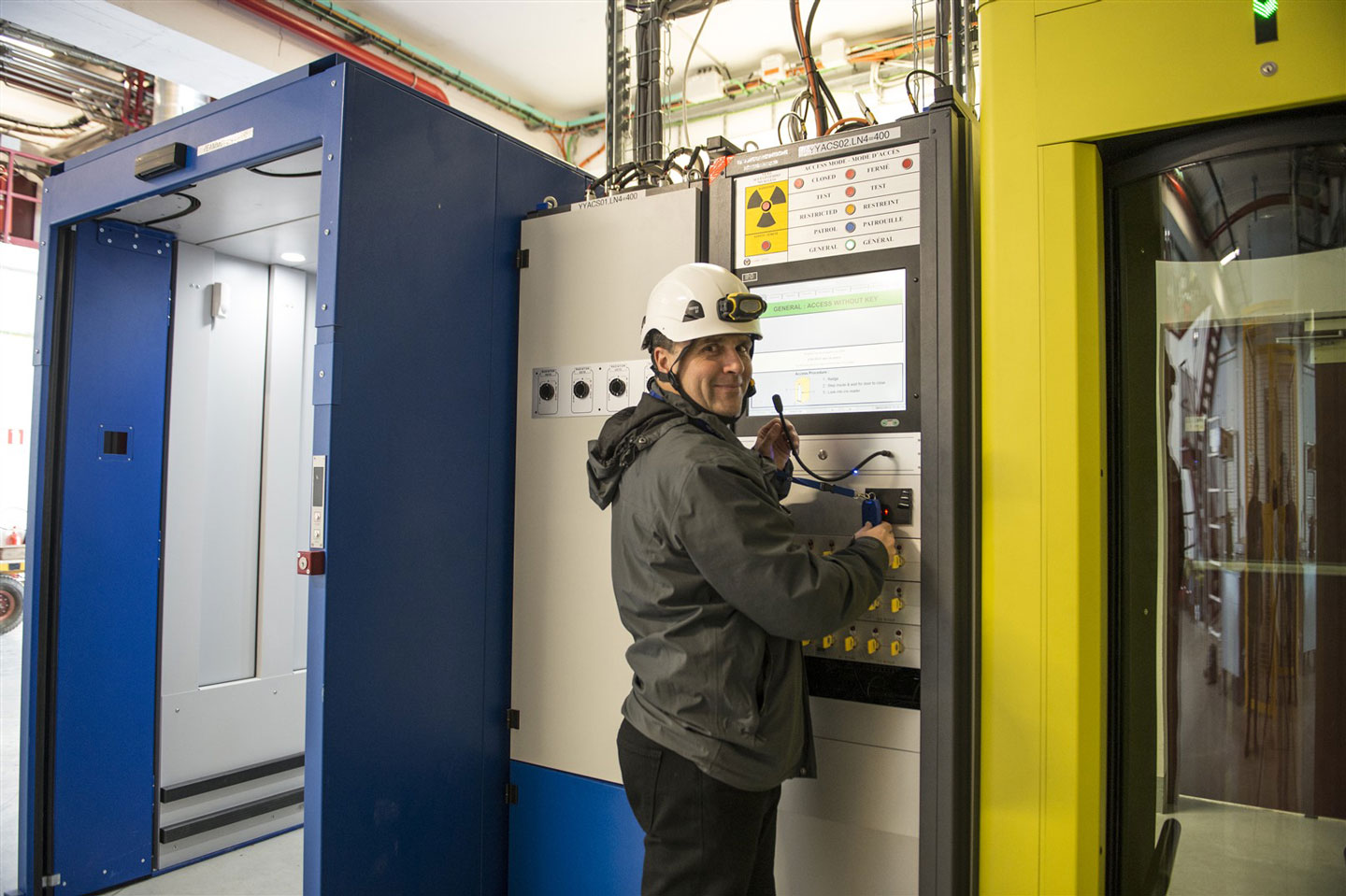 Pierre Ninin, deputy group leader of GS-ASE and responsible for the installation of the new PS complex safety system, in front of a new access control system (Image: CERN)

The LHC access control systems are state-of-the-art, whereas those of the injection chain accelerators were running the risk of becoming obsolete. For the past two years a project to upgrade the access and safety systems of the first links in the LHC accelerator chain has been underway to bring them into compliance with nuclear safety standards. These systems provide the personnel with automatic protection by limiting access to hazardous areas and by ensuring that nobody is present in the areas when the accelerator is in operation.

By the end of 2013, the project teams will have completed the installation of the 20 new biometrically controlled access points. The new access control systems, which consist of an equipment airlock, a door with a biometric iris scanner and a device ensuring that only one person can gain access at a time, are very similar to those installed around the LHC points. “With their increased automation, the new systems will enable us to enhance personnel protection and to reduce losses in running time by limiting the number of patrols,” says Pierre Ninin, deputy group leader of GS-ASE, who is responsible for the project.

The civil-engineering work has now been completed for six of the access points around the PS, and equipment is continuing to be tested at a steady pace before being installed in the next weeks. Then the main activity will be the laying of tens of kilometres of cables to connect the new devices to the control centre in Building 271. The commissioning tests for each area of the LHC injection chain upstream of the PS will start in mid-2013. Thereafter, the new system will gradually be extended to ISOLDE, to the Antiproton Decelerator (AD), to the East Hall and, if possible, to the CLIC Test Facility (CTF3). Once this project is completed, a similar programme will be launched at the SPS.

“For this large-scale operation, we have completely rethought the logic of the injection chain safety systems,” says Ninin. “Our wealth of experience gleaned from the LHC provided us with a clear idea of the system and the strategy we needed to adopt. Together with the Radiation Protection teams, we took advantage of this project to add buffer zones around the PS to facilitate the radiological monitoring of materials and items of equipment being removed from the accelerators and the experimental areas. Given the density of facilities in the accelerator buildings, the major difficulty was to find enough room to install the new access systems and the storage areas.” To implement the project, a three-dimensional model of the PS complex was therefore created, which played a determining role in the design of the new infrastructure and in the construction of new civil-engineering structures. These digital models are now available for all services to use.