A team in Japan has used advanced ISOL techniques to measure the energy needed to remove an electron from lawrencium, which lives for only 27 seconds 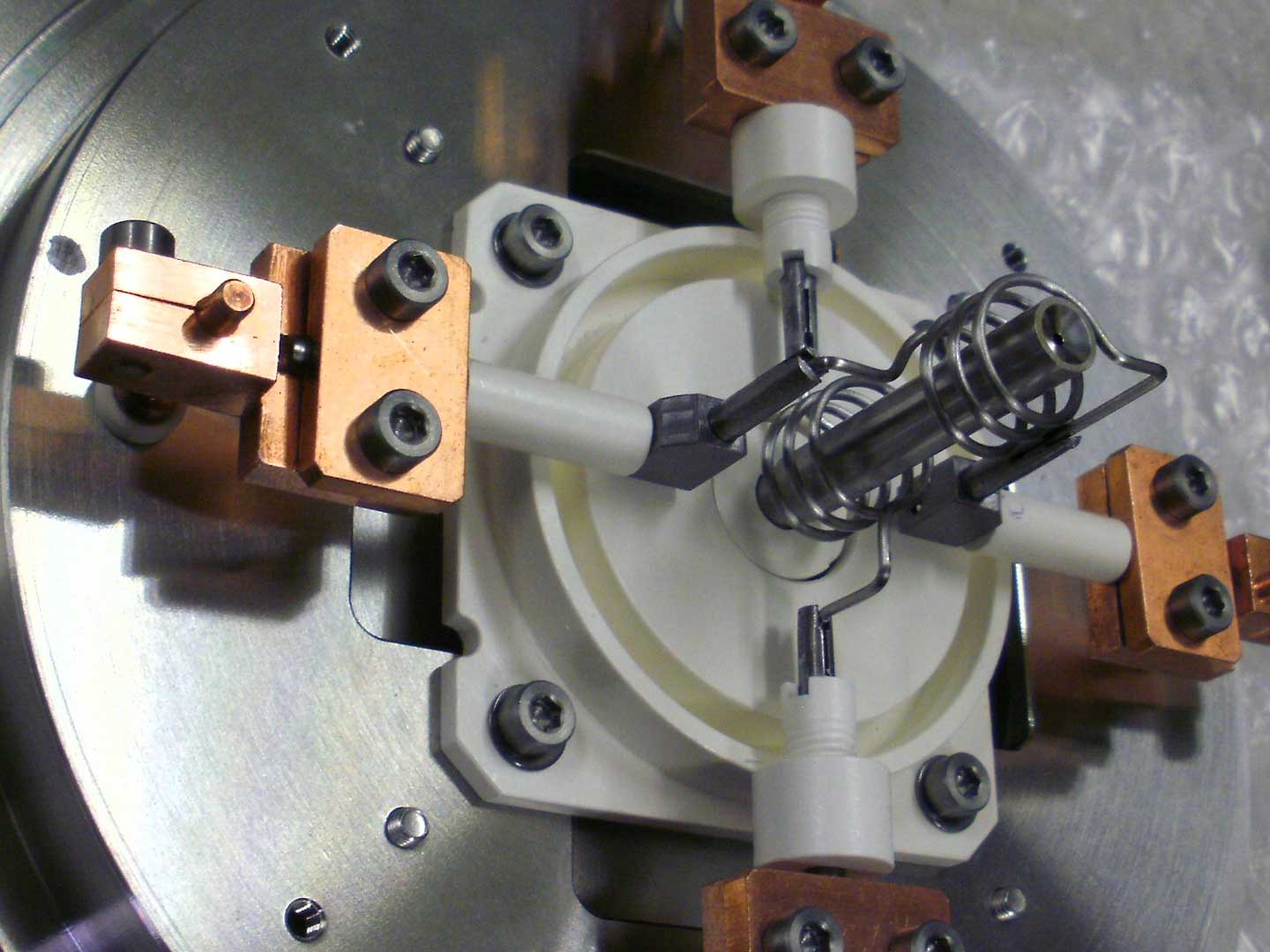 The newly developed surface ion source (the grey tantalum tube in the centre of the photo surrounded by two heating filaments) installed in the JAEA-ISOL system at the JAEA Tandem accelerator (Image credit: JAEA)

A team in Japan has used advanced ISOL techniques to measure the energy needed to remove an electron from lawrencium, which lives for only 27 seconds.

In the paper that features on the cover of Nature published today, an international team led by researchers from the Japanese Atomic Energy Agency (JAEA) in Tokai report on an elegant experimental strategy they developed to measure the first ionization potential of lawrencium (atomic number, Z=103).

The quest for new, heavy chemical elements is the subject of intense research, as the synthesis and identification of these new elements fill up empty boxes in the familiar Periodic Table. The measurement of their properties for a proper classification in the table has proved challenging, since the isotopes of these elements are short lived and their synthesis yields only one atom at a time.

Using a new surface ion-source and a mass-separated beam, the team measured the energy it takes to remove an electron from lawrencium – that is, the ionization potential. The result of 4.96±0.08 eV agrees perfectly with state-of-the-art quantum chemical calculations, which include the relativistic effects that play an increasingly important role in this region of the Periodic Table. The result also confirms the extremely low binding energy of the outermost valence electron in this element.

For this measurement, the researchers exploited the isotope-separation online (ISOL) technique, which has been developed at CERN’s ISOLDE facility since the 1960s. The team in Japan adapted the technique to perform the ionization studies with the one-atom-at-a-time rates that are accessible for lawrencium.

The special position of lawrencium in the Periodic Table has set the element at the focus of questions on the influence of relativistic effects and the determination of properties to confirm its position as the last of the actinide group – a concept that was introduced by Glenn Seaborg in the 1940s. The published result favours the [Rn]5f147s27p1/2 ground-state configuration, which would make lawrencium the first element with a 7p1/2 orbital in its electronic ground-state.