The new HIE-ISOLDE accelerator is up and running, increasing the beam energy of ISOLDE, CERN’s nuclear physics facility 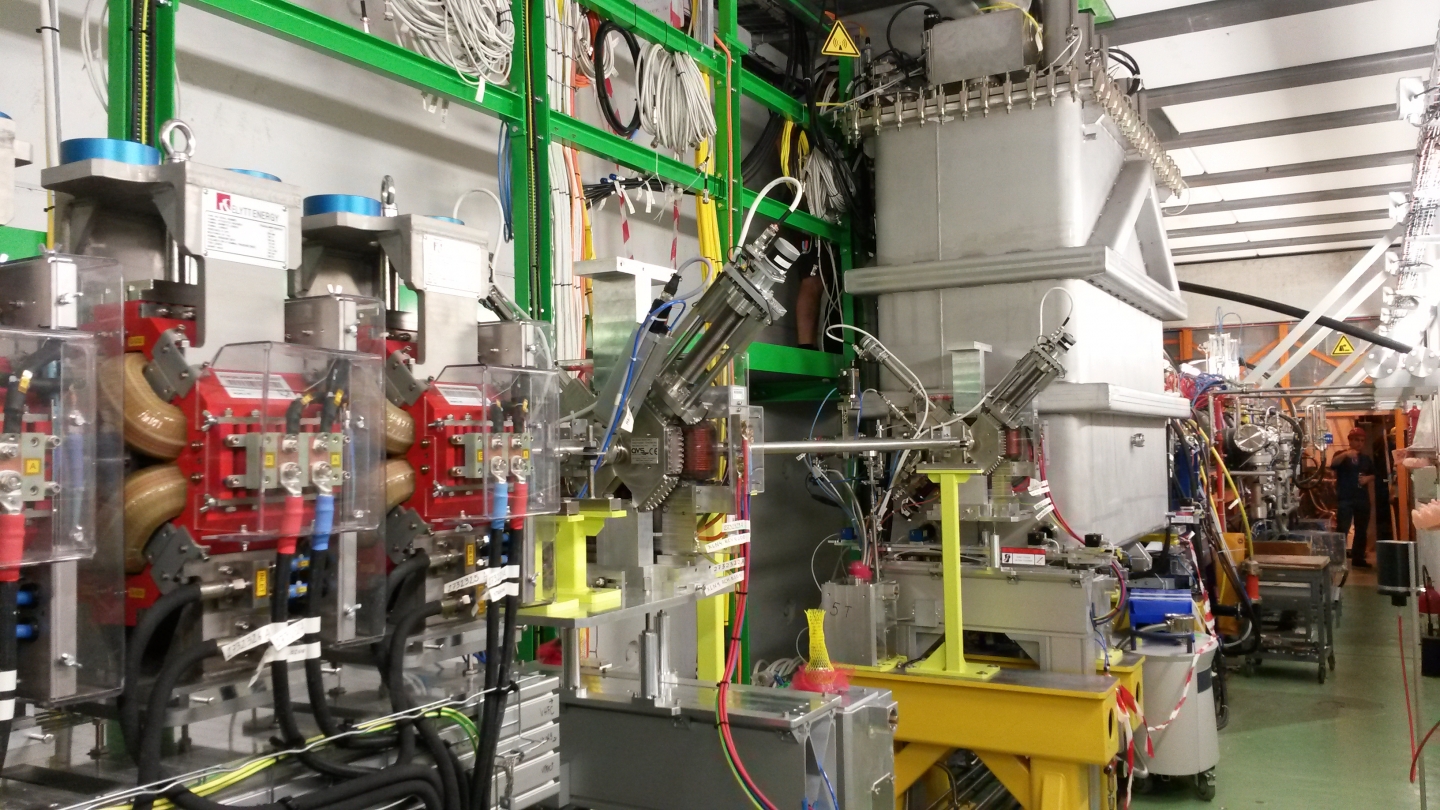 The ISOLDE beamline, equipped with the first HIE-ISOLDE cryomodule in its light grey cryostat.

Over the last few weeks, CERN's nuclear physics facility, ISOLDE, has been producing ion beams at higher energies. The first cryomodule of the new HIE-ISOLDE (High-Intensity and Energy ISOLDE) accelerator is up and running, increasing the beam energy from 3 to 4.3 MeV per nucleon.

The unique ISOLDE facility accelerates different types of radioactive ions for many fields of fundamental and applied research. Each year, its beams are used by around fifty experiments studying a wide range of subjects from the properties of atoms and nuclei to biomedical applications, nuclear astrophysics and solid-state physics. By producing higher-energy beams, the HIE-ISOLDE accelerator will increase the research opportunities further.

These first beams are the result of eight years of development and manufacturing. The assembly of this first cryomodule presented CERN’s teams with numerous technical challenges. It contains five accelerating cavities and a solenoid magnet that focuses the beam, all of which are superconducting. The cavities were particularly complex to build, and the cryomodule is made up of no fewer than 10 000 components! It was transported to the ISOLDE hall on 2 May and coupled to the existing accelerator. The commissioning began in the summer, culminating in the acceleration of the first radioactive beam on 22 October.

HIE-ISOLDE will run for a total of five weeks this year. Next year, another cryomodule will be coupled to the first, increasing the energy to 5.5 MeV per nucleon. The assembly of the final two cryomodules will begin in mid-2016, bringing the final energy to 10 MeV per nucleon for the heaviest nuclei available at ISOLDE.

Read the full article in the CERN Bulletin.