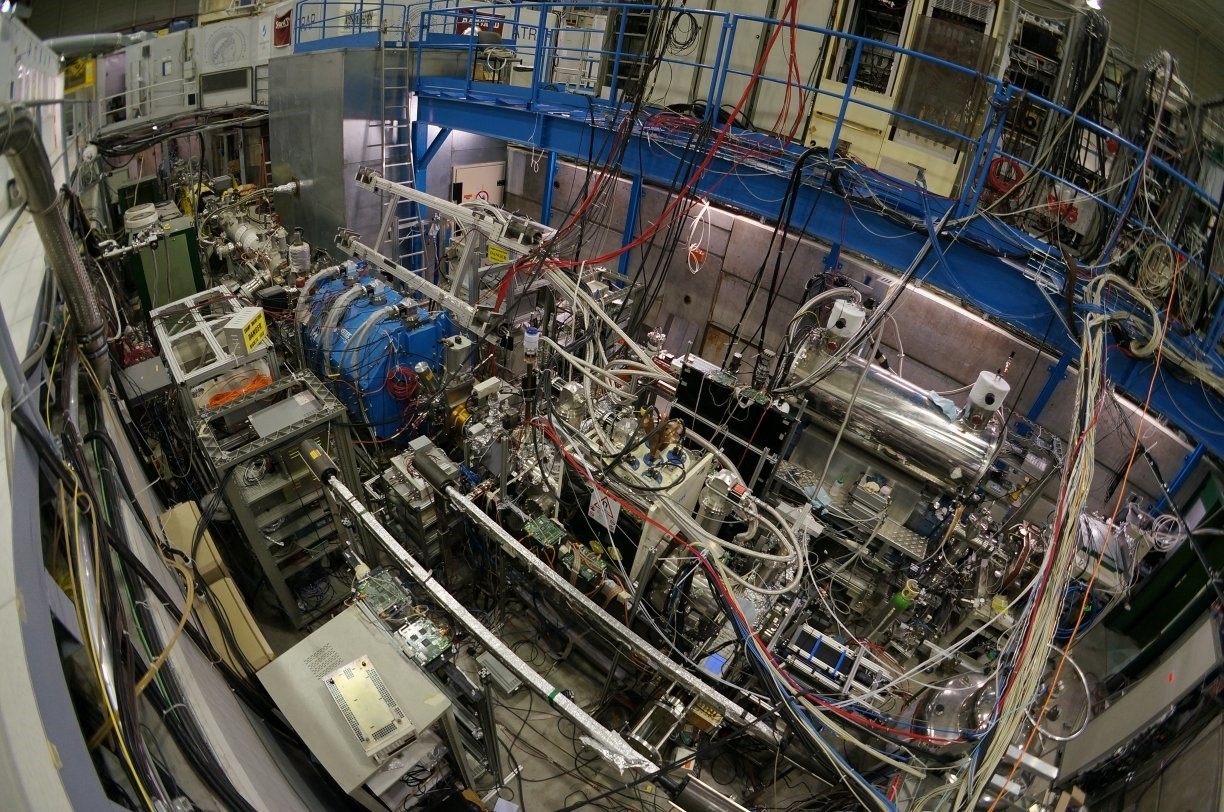 The ASACUSA experiment at CERN has succeeded for the first time in producing a beam of antihydrogen atoms. In a paper published today in Nature Communications, the ASACUSA collaboration reports the unambiguous detection of 80 antihydrogen atoms 2.7 metres downstream of their production, where the perturbing influence of the magnetic fields used initially to produce the antiatoms is small. This result is a significant step towards precise hyperfine spectroscopy of antihydrogen atoms.

Primordial antimatter has so far never been observed in the universe, and its absence remains a major scientific enigma. Nevertheless, it is possible to produce significant amounts of antihydrogen in experiments at CERN by mixing antielectrons (positrons) and low energy antiprotons produced by the Antiproton Decelerator.

The spectra of hydrogen and antihydrogen are predicted to be identical, so any tiny difference between them would immediately open a window to new physics, and could help in solving the antimatter mystery. With its single proton accompanied by just one electron, hydrogen is the simplest existing atom, and one of the most precisely investigated and best understood systems in modern physics. Thus comparisons of hydrogen and antihydrogen atoms constitute one of the best ways to perform highly precise tests of matter/antimatter symmetry.

Matter and antimatter annihilate immediately when they meet, so aside from creating antihydrogen, one of the key challenges for physicists is to keep antiatoms away from ordinary matter. To do so, experiments take advantage of antihydrogen’s magnetic properties (which are similar to hydrogen’s) and use very strong non-uniform magnetic fields to trap antiatoms long enough to study them. However, the strong magnetic field gradients degrade the spectroscopic properties of the (anti)atoms. To allow for clean high-resolution spectroscopy, the ASACUSA collaboration developed an innovative set-up to transfer antihydrogen atoms to a region where they can be studied in flight, far from the strong magnetic field.

"Antihydrogen atoms having no charge, it was a big challenge to transport them from their trap. Our results are very promising for high-precision studies of antihydrogen atoms, particularly the hyperfine structure, one of the two best known spectroscopic properties of hydrogen. Its measurement in antihydrogen will allow the most sensitive test of matter/antimatter symmetry. We are looking forward to restarting this summer with an even more improved set-up," says Yasunori Yamazaki of RIKEN, Japan, a team leader of the ASACUSA collaboration. The next step for the ASACUSA experiment will be to optimize the intensity and kinetic energy of antihydrogen beams, and to understand better their quantum state.

Progress with antimatter experiments at CERN has been accelerating in recent years. In 2011, the ALPHA experiment announced trapping of antihydrogen atoms for 1000 seconds and reported observation of hyperfine transitions of trapped antiatoms in 2012. In 2013, the ATRAP experiment announced the first direct measurement of the antiproton’s magnetic moment with a fractional precision of 4.4 parts in a million.

Read the paper: "A source of antihydrogen for in-flight hyperfine spectroscopy" – Nature Communications