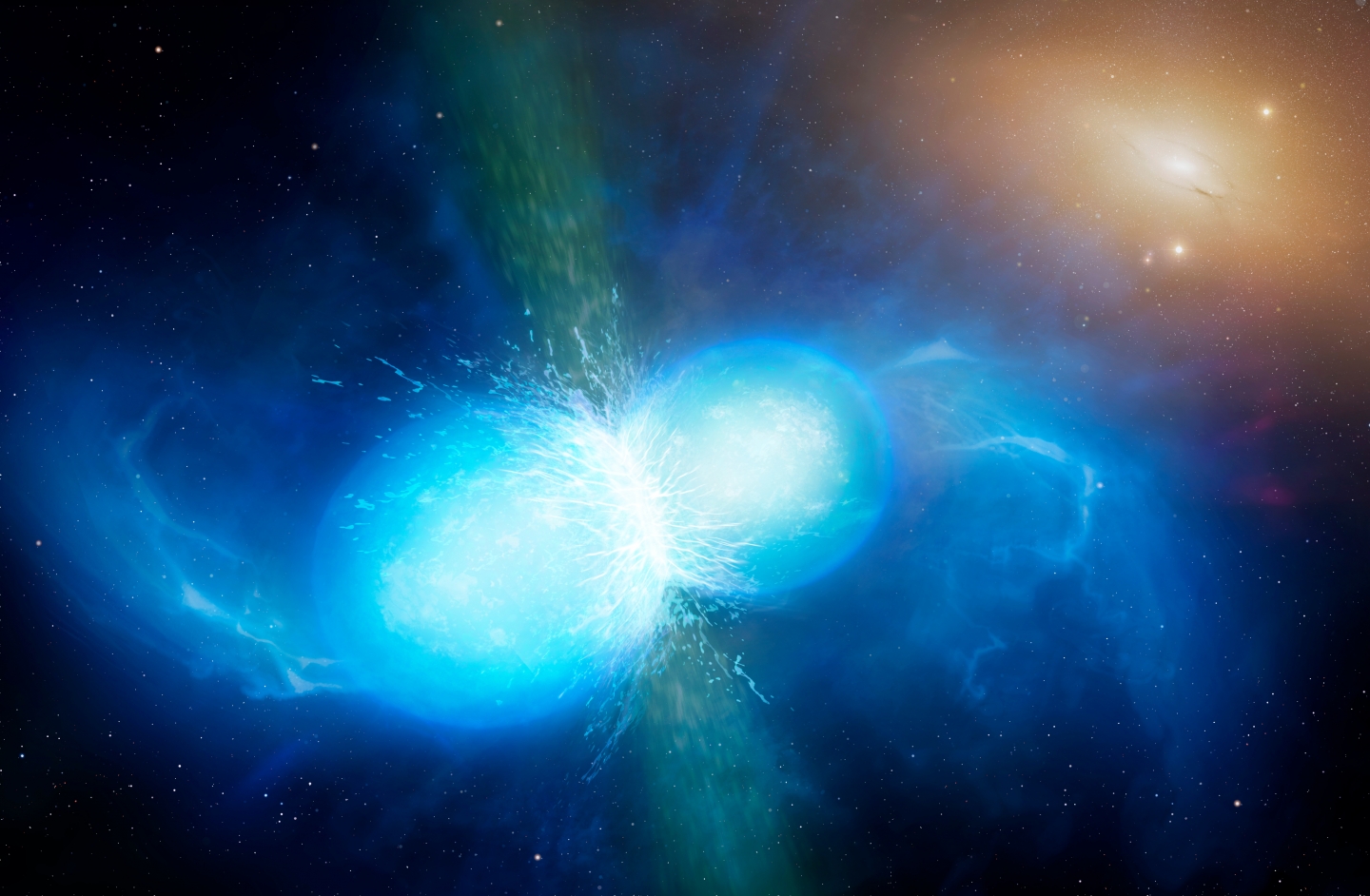 Quark matter – an extremely dense phase of matter made up of subatomic particles called quarks – may exist at the heart of neutron stars. It can also be created for brief moments in particle colliders on Earth, such as CERN’s Large Hadron Collider. But the collective behaviour of quark matter isn’t easy to pin down. In a colloquium this week at CERN, Aleksi Kurkela from CERN’s Theory department and the University of Stavanger, Norway, explained how neutron-star data have allowed him and his colleagues to place tight bounds on the collective behaviour of this extreme form of matter.

Kurkela and colleagues used a neutron-star property deduced from the first observation by the LIGO and Virgo scientific collaborations of gravitational waves – ripples in the fabric of spacetime – emitted by the merger of two neutron stars. This property describes the stiffness of a star in response to stresses caused by the gravitational pull of a companion star, and is known technically as tidal deformability.

To describe the collective behaviour of quark matter, physicists generally employ equations of state, which relate the pressure of a state of matter to other state properties. But they have yet to come up with a unique equation of state for quark matter; they have derived only families of such equations. By plugging tidal-deformability values of the neutron stars observed by LIGO and Virgo into a derivation of a family of equations of state for neutron-star quark matter, Kurkela and colleagues were able to dramatically reduce the size of that equation family. Such a reduced family provides more stringent limits on the collective properties of quark matter, and more generally on nuclear matter at high densities, than were previously available.

Armed with these results, the researchers then flipped the problem around and used the quark-matter limits to deduce neutron-star properties. Using this approach, the team obtained the relationship between the radius and mass of a neutron star, and found that the maximum radius of a neutron star that is 1.4 times more massive than the Sun should be between about 10 and 14 km.

Want to find out more? Read the paper describing the research.