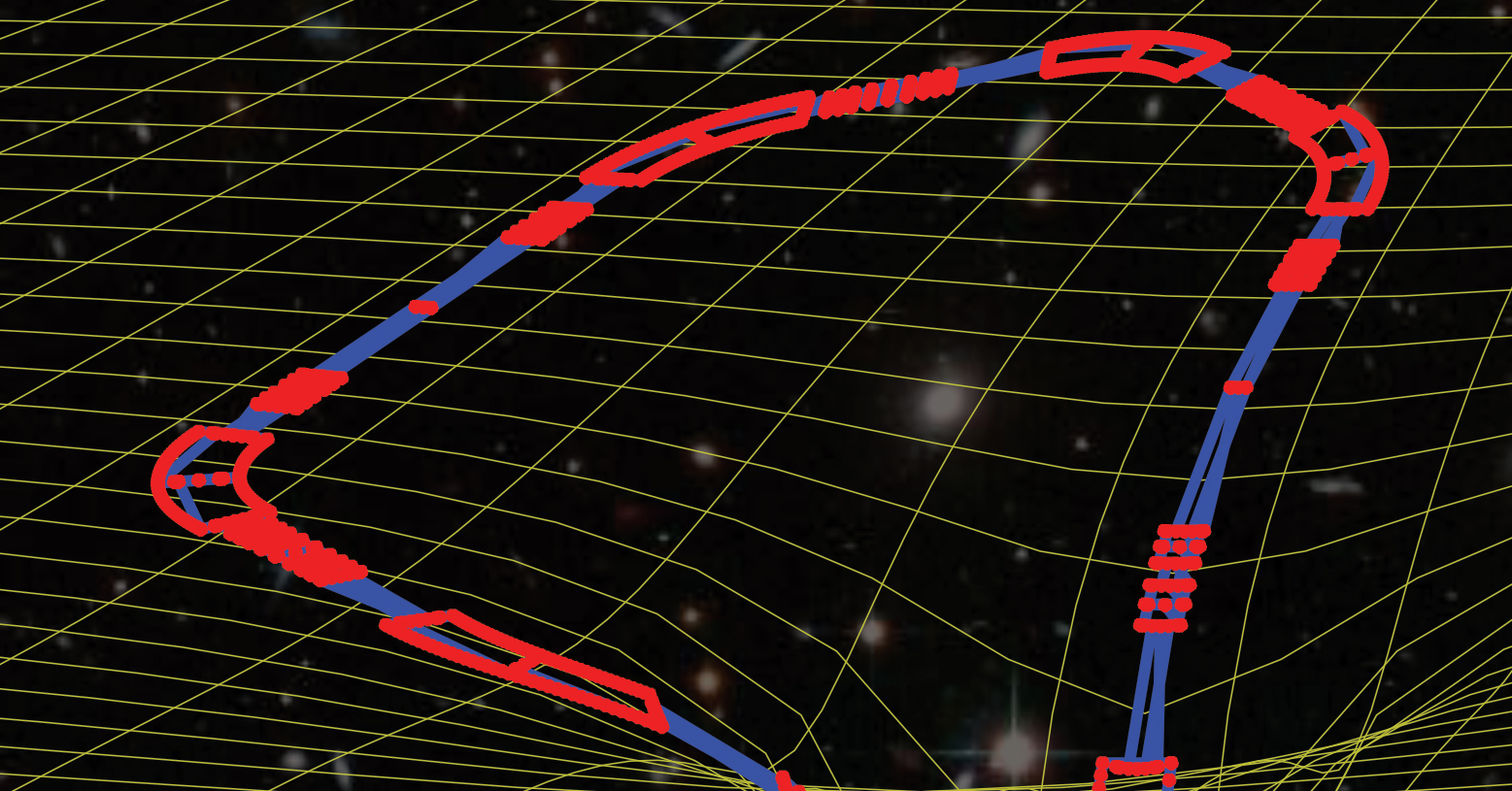 Curvature to the fabric of spacetime (yellow) distorts the trajectories (blue) of particles orbiting in a storage ring (red). Image: CERN

In particle accelerators like the Large Hadron Collider (LHC), charged particles bob and weave in magnetic and electric fields, following tightly corralled trajectories. Their paths are computed assuming a flat Euclidean space-time, but gravitational waves ­– first observed by the LIGO and Virgo detectors in 2015 – crease and stretch this underlying geometry as they ripple out across the universe. For the past 50 years, there has been intermittent interest in the possibility of detecting observable resonant effects as a result of this extra curvature of the fabric of space-time, as the particles whizz around the accelerators repeatedly at close to the speed of light.

Advances in accelerator technology could now usher in an era of gravitational-wave astronomy in which particle accelerators play a major role. To explore this tantalising possibility, over 100 accelerator experts, particle physicists and members of the gravitational physics community participated in a virtual workshop entitled “Storage Rings and Gravitational Waves” (SRGW2021), organised as part of the European Union’s Horizon 2020 ARIES project. During this meeting, they explored the role that particle accelerators could play in the detection of cosmological backgrounds of gravitational waves. This would provide us with a picture of the early universe and give us hints about high-energy phenomena, such as high-temperature phase transitions, the nature of inflation and new heavy particles that cannot be directly produced in the laboratory.

Lively discussions at the SRGW2021 workshop – the first, apart from an informal discussion at CERN in the 1990s, to link accelerators and gravitational waves and bring together the scientific communities involved – attest to the prospective role that accelerators could play in detecting or even generating gravitational waves. The great excitement and interest prompted by this meeting, and the exciting preliminary findings from this workshop, call for further, more thorough investigations into harnessing future storage rings and accelerator technologies for gravitational-wave physics.

This text was extracted from the full meeting report in CERN Courier, where you can learn more about gravitational-wave research using particle accelerators.