Beams are back in the LHC

Protons have been circulating in the Large Hadron Collider since Friday 30 March, marking the start of the machine’s seventh year of operation 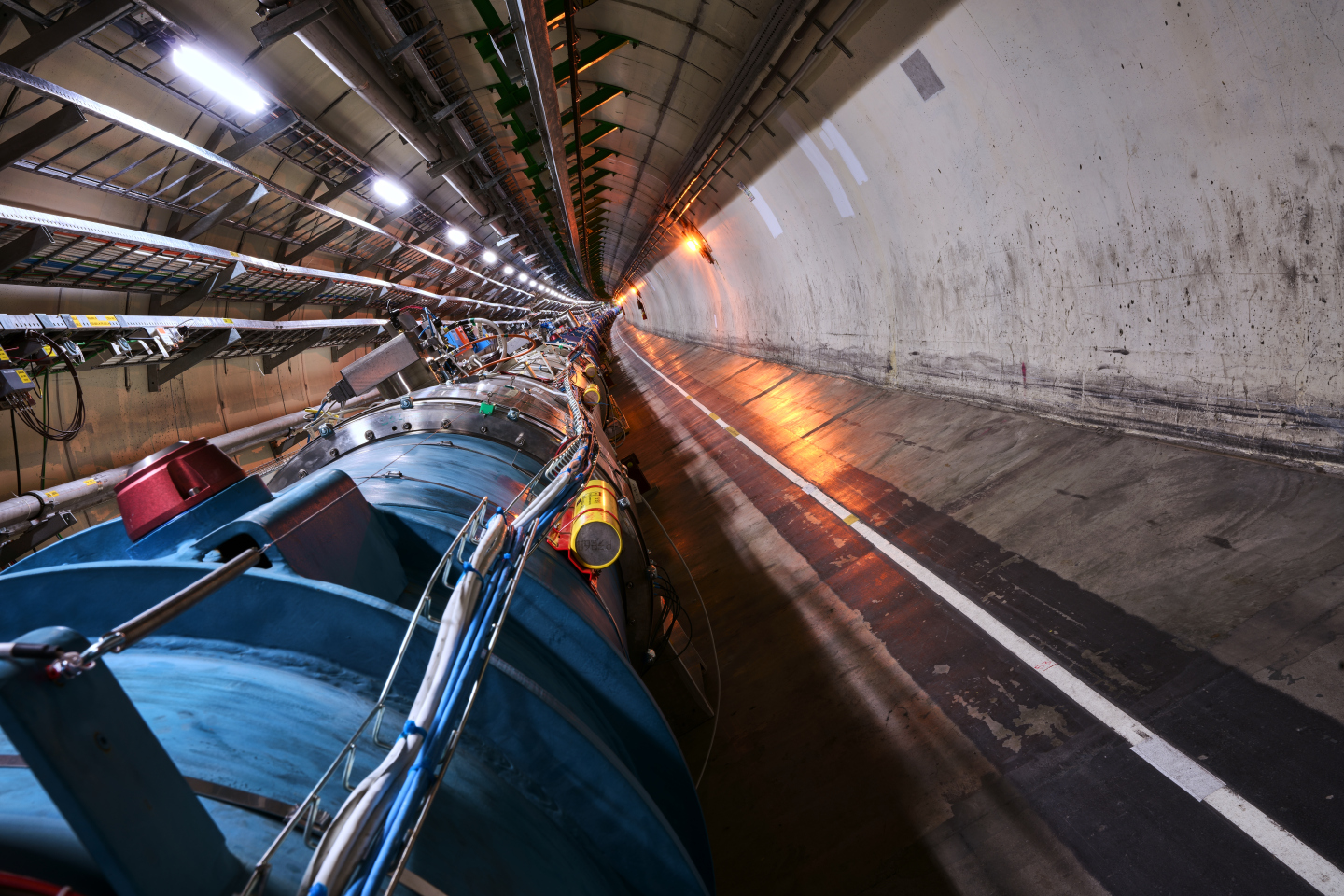 View of the LHC in 2018, before the restart of the accelerato. (Image: Maximilien Brice, Julien Ordan/CERN)

The Large Hadron Collider is back in business! On Friday 30 March, at 12:17 pm, protons circulated in the 27-km ring for the first time in 2018. The world’s most powerful particle accelerator thus entered its seventh year of data taking and its fourth year at 13 TeV collision energy.

Restarting an accelerator involves much more than just flicking a switch, especially as the LHC is the final link in an accelerator chain comprising five separate machines. Following the winter break, which enabled teams to carry out a whole host of maintenance operations, the machine operators gradually have brought the infrastructures and accelerators back on line. At the beginning of March, the first protons were extracted from their hydrogen bottle and injected into the Linac2, and then into the PS Booster. On 8 March, it was the turn of the Proton Synchrotron (PS) to receive beams, and then, a week later, the Super Proton Synchrotron (SPS).

In parallel, the teams have been checking all the LHC hardware, such as the cryogenic cooling systems, the radiofrequency cavities (which accelerate the particles), the power supplies, the magnets, the vacuum system and the safety installations. For example, no fewer than 1 560 electrical circuits had to be powered and about 10 000 tests performed. Only once all these tests had been completed could particles be injected into the LHC.

Even so, commissioning is far from over. The first beams circulating only have one bunch of particles, which contains 20 times fewer protons than in normal operation. And their energy is limited to the injection energy of 450 GeV. Further adjustments and tests will be needed over the coming days before the energy and the number of bunches in each beam can be increased and the bunches squeezed to produce first collisions. Physics operation should start in May.

The operation objective for 2018 is to accumulate more data than in 2017: the target is 60 inverse femtobarns (fb-1) of integrated luminosity (against 50 fb-1 in 2017). Luminosity is a measurement of the number of potential collisions per surface unit in a given period of time.

While we await collisions in the LHC, data taking is already starting elsewhere. CERN’s accelerators provide particles for a diverse array of experiments. The PS has already started supplying beams to the nuclear physics facility n_TOF and to the experiments in the East Hall. The nuclear physics programme at ISOLDE should start up on 9 April, while the Antiproton decelerator should start again in the second half of April.

2018 is an important year for the collaborations using CERN’s accelerators, as it will be the last year of Run 2. In December, the accelerator complex will be shut down for two years of upgrade work aimed at improving performance further still and preparing for the High-Luminosity LHC.

Read also the story about the restart on Symmetry website