At a ceremony today, CERN inaugurated its linear accelerator, Linac 4, the newest accelerator acquisition since the Large Hadron Collider (LHC) 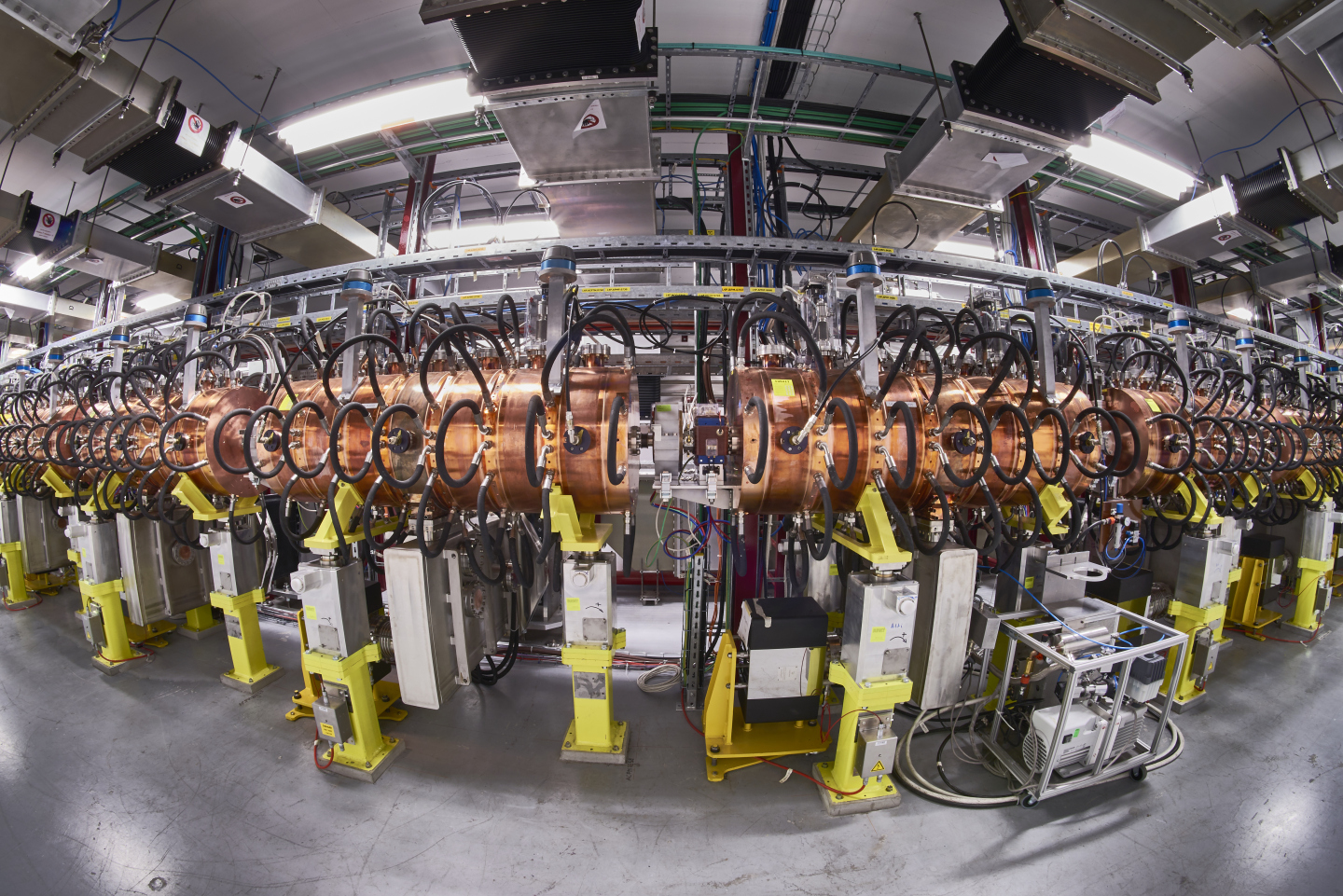 At a ceremony today, CERN inaugurated its linear accelerator, Linac 4, the newest accelerator acquisition since the Large Hadron Collider (LHC). Linac 4 is due to feed the CERN accelerator complex with particle beams of higher energy, which will allow the LHC to reach higher luminosity by 2021. After an extensive testing period, Linac 4 will be connected to CERN’s accelerator complex during the upcoming long technical shut down in 2019-20. Linac 4 will replace Linac 2, which has been in service since 1978. It will become the first step in CERN’s accelerator chain, delivering proton beams to a wide range of experiments.

“We are delighted to celebrate this remarkable accomplishment. Linac 4 is a modern injector and the first key element of our ambitious upgrade programme, leading up to the High-Luminosity LHC. This high-luminosity phase will considerably increase the potential of the LHC experiments for discovering new physics and measuring the properties of the Higgs particle in more detail,” said CERN Director General, Fabiola Gianotti.

“This is an achievement not only for CERN, but also for the partners from many countries who contributed to designing and building this new machine,” said CERN Director for Accelerators and Technology, Frédérick Bordry. “Today, we also celebrate and thank the wide international collaboration that led this project, demonstrating once again what can be accomplished by bringing together the efforts of many nations.”

Linac 4 will send negative hydrogen ions, consisting of a hydrogen atom with two electrons, to CERN’s Proton Synchrotron Booster (PSB), which further accelerates the negative ions and removes the electrons. Linac 4 will bring the beam up to 160 MeV energy, more than three times the energy of its predecessor. The increase in energy, together with the use of hydrogen ions, will enable double the beam intensity to be delivered to the LHC, thus contributing to an increase in the luminosity of the LHC.

Luminosity is a parameter indicating the number of particles colliding within a defined amount of time. The peak luminosity of the LHC is planned to be increased by a factor of five by 2025. This will make it possible for the experiments to accumulate about 10 times more data over the period 2025 to 2035 than before. The High-Luminosity LHC will therefore provide more accurate measurements of fundamental particles than today, as well as the possibility of observing rare processes that occur beyond the machine’s present sensitivity level.