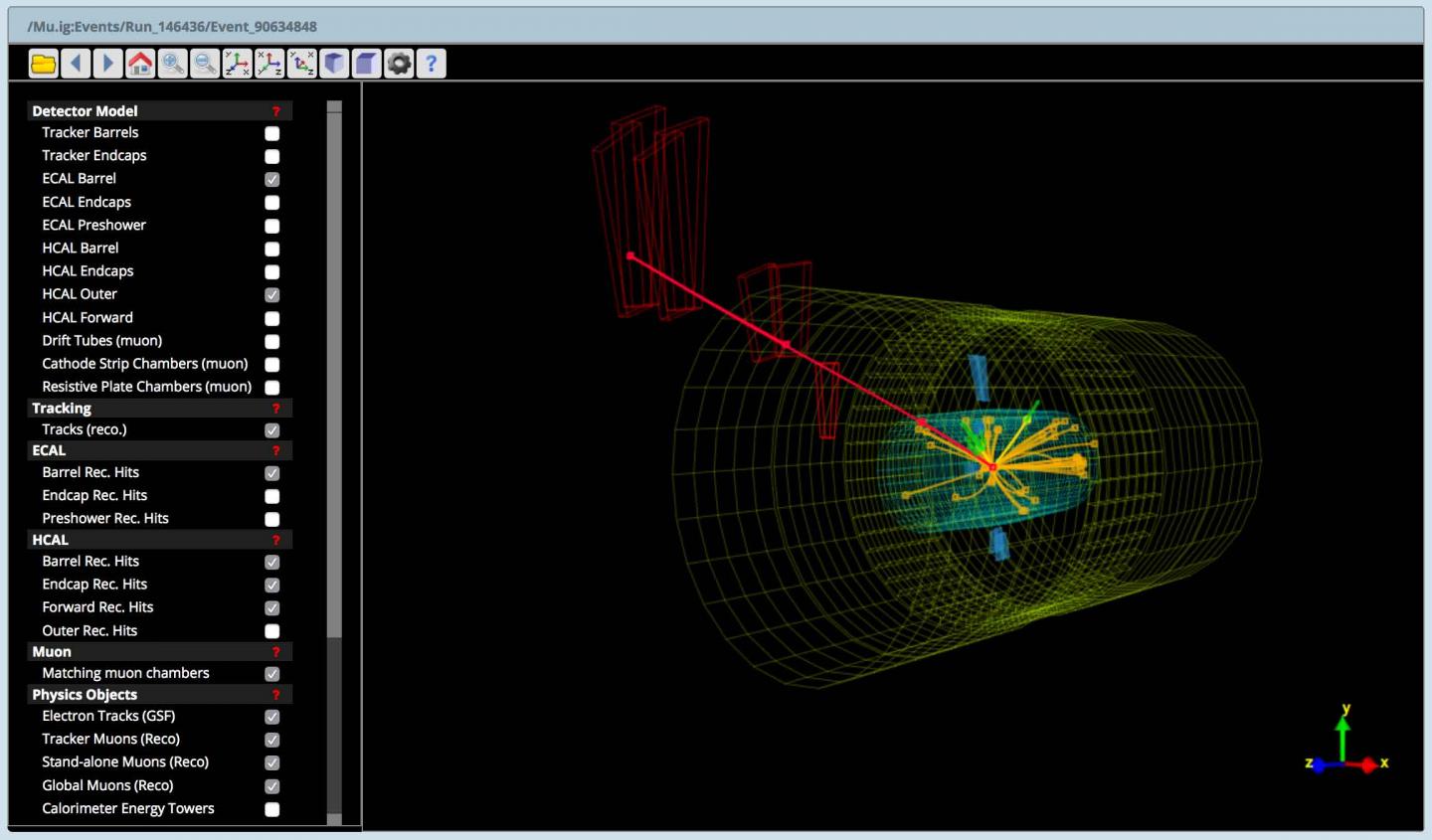 CERN today launched its Open Data Portal where data from real collision events, produced by experiments at the Large Hadron Collider (LHC) will for the first time be made openly available to all. It is expected that these data will be of high value for the research community, and also be used for education purposes.

"Launching the CERN Open Data Portal is an important step for our Organization. Data from the LHC programme are among the most precious assets of the LHC experiments, that today we start sharing openly with the world. We hope these open data will support and inspire the global research community, including students and citizen scientists," says CERN Director-General Rolf Heuer.

The principle of openness is enshrined in CERN’s founding Convention, and all LHC publications have been published Open Access, free for all to read and re-use. Widening the scope, the LHC collaborations recently approved Open Data policies and will release collision data over the coming years.

The first high-level and analysable collision data openly released come from the CMS experiment and were originally collected in 2010 during the first LHC run. This data set is now publicly available on the CERN Open Data Portal. Open source software to read and analyse the data is also available, together with the corresponding documentation. The CMS collaboration is committed to releasing its data three years after collection, after they have been thoroughly studied by the collaboration.

“This is all new and we are curious to see how the data will be re-used,” says CMS data preservation coordinator Kati Lassila-Perini. “We’ve prepared tools and examples of different levels of complexity from simplified analysis to ready-to-use online applications. We hope these examples will stimulate the creativity of external users.”

In parallel, the CERN Open Data Portal gives access to additional event data sets from the ALICE, ATLAS, CMS and LHCb collaborations, which have been specifically prepared for educational purposes, such as the international masterclasses in particle physics benefiting over ten thousand high-school students every year. These resources are accompanied by visualisation tools.

“Our own data policy foresees data preservation and its sharing. We have seen that students are fascinated by being able to analyse LHC data in the past and so, we are very happy to take the first steps and make available some selected data for education” says Silvia Amerio, data preservation coordinator of the LHCb experiment.

“The development of this Open Data Portal represents a first milestone in our mission to serve our users in preserving and sharing their research materials. It will ensure that the data and tools can be accessed and used, now and in the future,” says Tim Smith of the CERN IT Department.

All data on OpenData.cern.ch are shared under a Creative Commons CC0 public domain dedication; data and software are assigned unique DOI identifiers to make them citable in scientific articles; and software is released under open source licenses. The CERN Open Data Portal is built on the open-source Invenio Digital Library software, which powers other CERN Open Science tools and initiatives.

Read more: "On the road to open science" – Opinion piece by Tim Smith of the CERN IT department