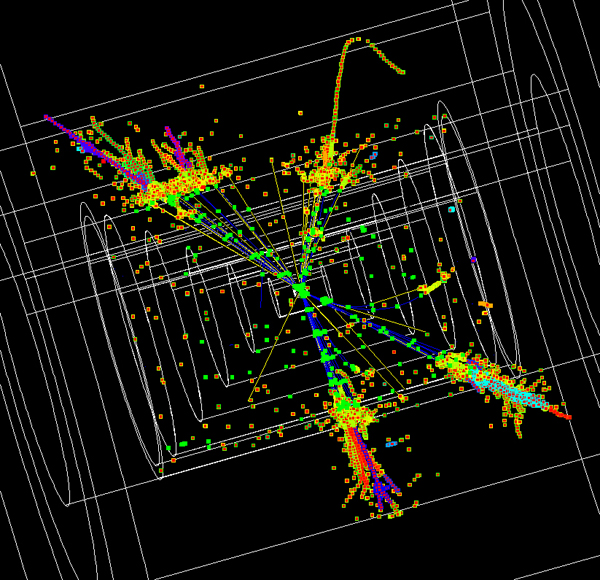 On 21 February 2013 at 4pm PST, the Linear Collider Collaboration announced a new partnership between two studies for next-generation particle colliders aimed to complement the Large Hadron Collider (LHC) at CERN and strengthen worldwide efforts to understand the universe through particle physics.

Lyn Evans, former Project Leader of CERN's Large Hadron Collider (LHC), will head the collaboration. "There are a lot of areas where the ILC and CLIC are very similar,” says Evans. “Now we will bring the two groups together in a project where they can actually collaborate. Hitoshi Murayama of the Institute for the Physics and Mathematics of the Universe in Tokyo, Japan, will be deputy for physics with a particular responsibility to communicate the Linear Collider scientific case to decision makers and the public."

Currently still in the planning stage, the ILC will consist of two linear accelerators facing each other that will bring some 10 billion electrons and positrons together at nearly the speed of light. The current design specifies that, with upgrades, the collider could stretch up to 50 kilometres long and operate at energies as high as 500 GeV.

CLIC, a proposed electron-positron collider under development at CERN, will give physicists direct access to new phenomena at the multi-TeV scale beyond the scope of current particle accelerators. The Compact Linear Collider relies on a novel two-beam acceleration concept: the main beam, to be accelerated, and a drive beam to provide the power for acceleration. This would reach a final energy of 3 TeV, while keeping size and cost within reach.

“[Both the ILC and CLIC] collide electrons and positrons, which create very clean and accurate conditions for detailed and precise measurements, in most cases superior to what is possible at the LHC,” says senior physicist Steinar Stapnes, who is leading the Linear Collider activities at CERN.

The Linear Collider Collaboration (LCC) will focus on the Higgs-like particle discovered at the LHC this past July. The new particle needs to be studied in great detail to evaluate its properties and determine whether or not it fits with the Standard Model.