The crab cavities, a new technology to brighten up the future, will play an important role in the High-Luminosity LHC 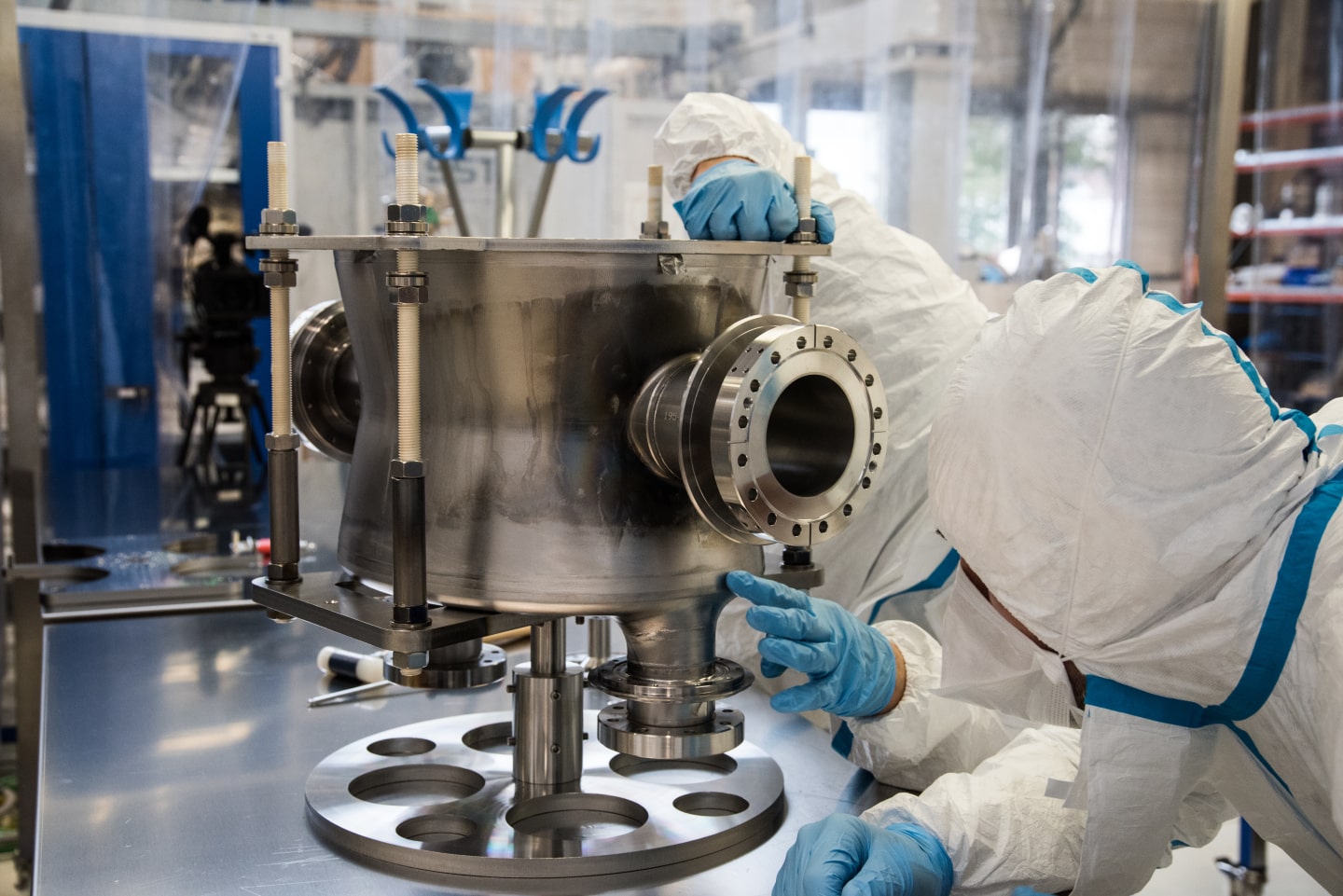 One of the first two crab cavities during construction in a clean room at CERN. (Image: Ulysse Fichet/CERN)

They won’t pinch you and you won’t find them on the beach. The name of the new radio-frequency crab cavities has nothing to do with their appearance and is merely illustrative of the effect they will have on circulating proton bunches.

At present, two superconducting crab cavities have been manufactured at CERN and inserted into a specially designed cryostat, which will keep them at their operating temperature of two kelvin. Currently in their final stages of testing, they will be installed in the Super Proton Synchrotron (SPS) during this year’s winter technical stop. In 2018, they will be tested with a proton beam for the first time.

The beams in the LHC are made of bunches, each containing billions of protons. They are similar to trains with carriages full of billions of passengers. In the LHC, the two counter-circulating proton beams meet at a small crossing angle at the collision point of the experiments.

What makes the crab cavities special is their ability to “tilt” the proton bunches in each beam, maximising their overlap at the collision point. Тhis way every single proton in the bunch is forced to pass through the whole length of the opposite bunch, which increases the probability that it will collide with another particle. After being tilted, the motion of the proton bunches appears to be sideways – just like a crab.

Find out more about the crab cavities in the video below.