Final lap of the LHC track for protons in 2018 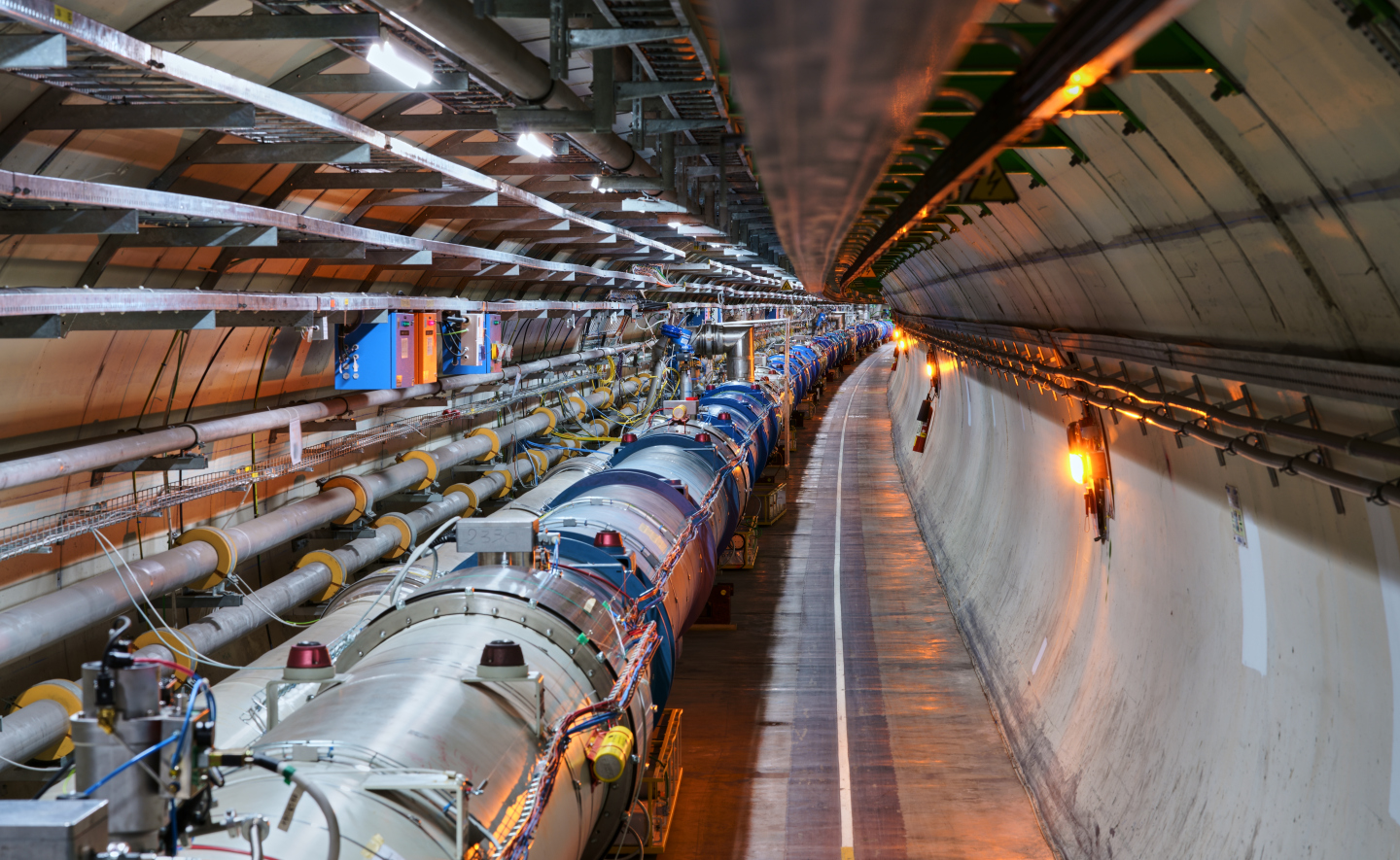 Today, protons said their goodbyes to the Large Hadron Collider during a last lap of the track. At 6 a.m., the beams from fill number 7334 were ejected towards the beam dumps. It was the LHC’s last proton run from now until 2021, as CERN’s accelerator complex will be shut down from 10 December to undergo a full renovation.

Now is the time for the scientists who read the collisions meter to make a first assessment. The integrated luminosity in 2018 (or the number of collisions likely to be produced during the 2018 run) reached 66 inverse femtobarns (fb-1) for ATLAS and CMS, which is 6 points better than expected. About 13 million billion potential collisions were delivered to the two experiments. LHCb accumulated 2.5 fb-1, more than the 2.0 predicted, and ALICE 27 inverse picobarns. The remarkable efficiency of the LHC this year is due to excellent machine availability and an instantaneous luminosity that regularly exceeded the nominal value. Since the start of the second run at a collision energy of 13 TeV, the integrated luminosity was 160 fb-1, higher than the 150 fb-1 expected.

However, this does not mean that the LHC runs are finished for this year. The show will go on for four more weeks, during which time the collider will master another kind of particle, lead ions (lead atoms that have been ionised, meaning they have had their electrons removed). After a few days of machine tests, the teams will inject these heavy ions, a run which have been prepared over recent months in the injectors. The collisions of lead ions allow studies to be conducted on quark-gluon plasma, a state of matter that is thought to have existed a few millionths of a second after the Big Bang.

The proton, a century on