On 14 November, the first H- beam was accelerated to the energy of 3 MeV in Linac 4 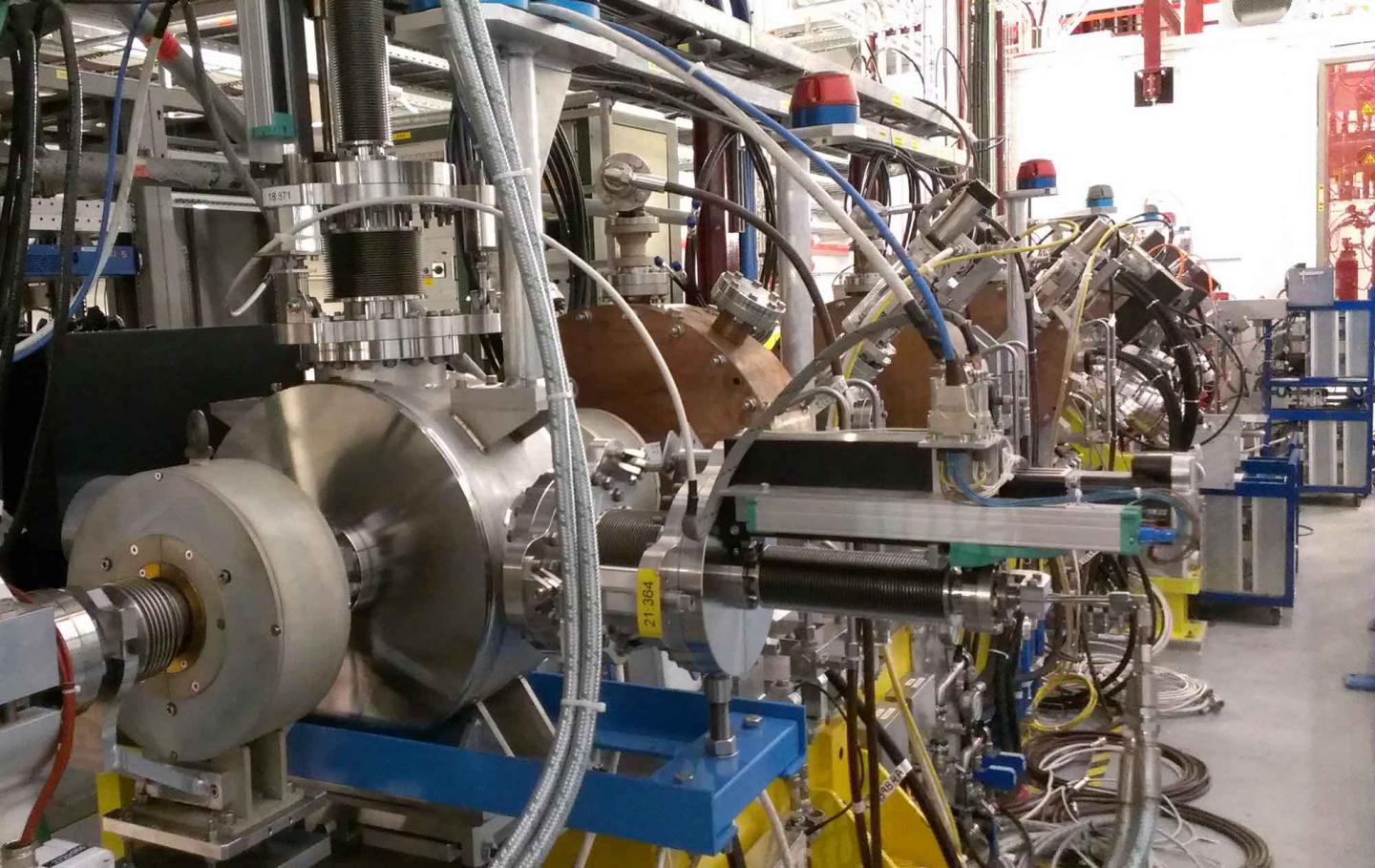 On 14 November, the first H- (one proton surrounded by two electrons) beam was accelerated to the energy of 3 MeV in the Linac 4 – the new linear accelerator that will replace Linac 2 as low-energy injector in the LHC accelerator chain.

Using the recently installed Radio Frequency Quadrupole (RFQ) accelerator, 13 mA of current were accelerated to the energy of 3 MeV.

Current measured by the instruments at the end of the acceleration line on 14 November (Image: Linac 4 collaboration)

After the successful commissioning of the Linac 4 RFQ at the 3 MeV test stand completed during the first months of 2013, the whole equipment (composed by the RFQ itself, the following Medium Energy Beam Transport line and its diagnostic line) were moved to the Linac 4 tunnel during summer and installed in their final position. In the meantime, a new ion source was assembled, installed and successfully commissioned in the Linac 4 tunnel. It was ready on time, at the end of October, to deliver the required beam at the RFQ entrance.

After a short radio-frequency commissioning required to operate it, the beam was accelerated and transported to the beam dump at the end of the diagnostic line. After this succesful initial step, three more RF structures will be progressively installed to take the H- beam to the final energy of 160 MeV.