Jack Steinberger, Nobel Prize in Physics 1988 and one of the pioneers of neutrino research, celebrates his 95th birthday today. 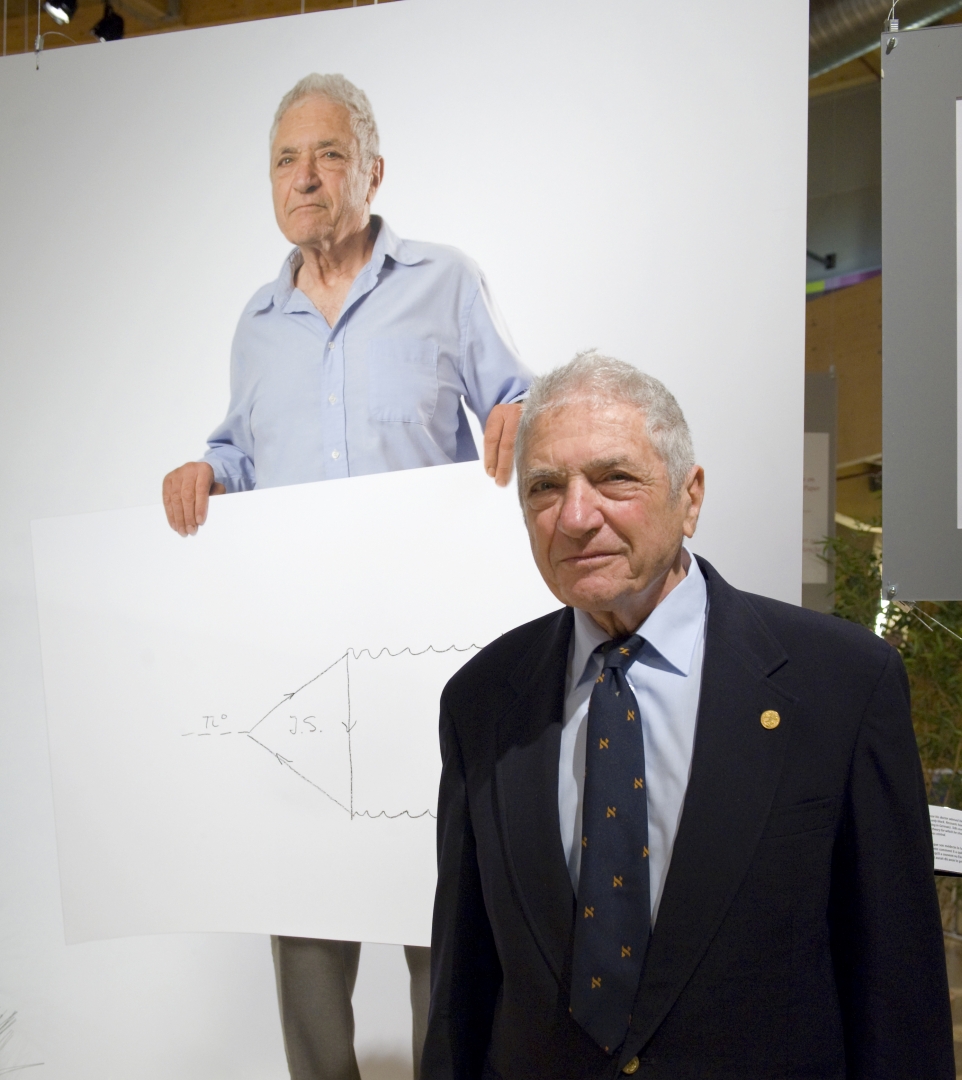 Jack Steinberger in 2008, pictured on the occasion of the "Accelerating Nobel” exhibition. (Image: Claudia Marcelloni/CERN)

Even if he’s recently stopped coming to CERN on his bike, Jack Steinberger and his piercing blue eyes are still regular visitors to our corridors. As he celebrates his 95th birthday today, we pay tribute to one of CERN’s greatest scientists. Jack emigrated from Germany to the United States in 1934 to escape the persecution of the Jews. He later he went on to study under Enrico Fermi in Chicago and in the 1950s, he contributed to the development of bubble chambers. Using this new detection apparatus, he was involved in the myriad discoveries and results that led to the construction of the Standard Model. In 1961, while at Columbia University (New York), he took part in the first experiment with a high-energy neutrino beam, which gave rise to the discovery of the muon neutrino. This discovery was awarded the 1988 Nobel Prize for Physics, which he shared with Leon Lederman and Melvin Schwartz. In 1968, Jack Steinberger joined CERN and took part in the first CP violation experiments. But perhaps his proudest achievement at CERN was the CDHS experiment, which he led during the 1970s and 80s. CDHS used a neutrino beam from the SPS to plumb the depths of matter and, in so doing, produced many results. Jack Steinberger was subsequently appointed spokesperson of the ALEPH experiment at the Large Electron-Positron collider, LEP. He took a step back from front-line research in the 1990s, but curiosity does not fade away with age and Jack continues to study a range of subjects, from cosmology to climate change.

Celebrating 30 years of a giant LEP for human...