LHC collimators: Precision is in their nature 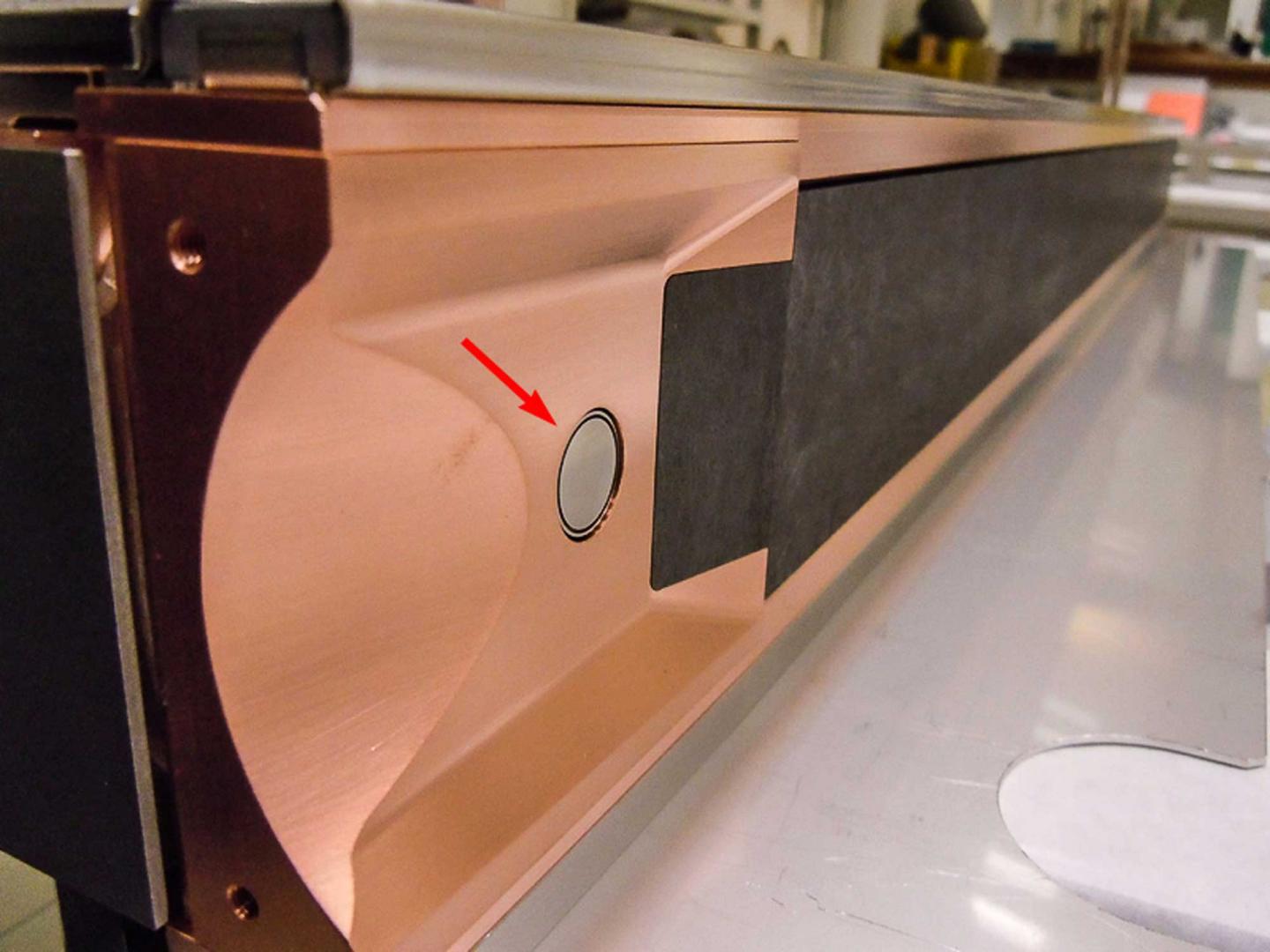 They are more than 100 of them in the LHC ring and they have a total of about 400 degrees of freedom. Each one has  motors and the newest ones have their own beam-monitoring pickups. Their jaws constrain the relativistic, high-energy particles to a very small transverse area and protect the machine aperture. The ultra-precise LHC collimators leave escaping unstable particles no chance.

Designed at CERN but mostly produced by very specialised manufacturers in Europe, the LHC collimators are among the most complex elements of the accelerator. Their job is to control and safely dispose of the halo particles that are produced by unavoidable beam losses from the circulating beam core. "The LHC collimation system has been designed to ensure that beam losses in superconducting magnets remain below quench limits in all operational phases," says Stefano Redaelli from the Beams Department who is Head of the LHC Collimation Project. "In view of the second, high-energy run of the LHC, it was decided to upgrade various aspects of the system. In particular, 18 collimators will be replaced with new ones based on an innovative design."

The collimation system for the LHC Run 2 will consist of a total of 118 devices, distributed in several places around the ring and in the transfer lines but mostly at the warm insertion regions around Points 3 and 7. Collimators are also installed close to the interaction points where beams are optimized for collisions. "By controlling the particle losses, the collimators protect the delicate elements of the machine, help reduce the total dose on the accelerator equipment and optimize the background for the experiments," says Redaelli.

The beam cleaning requirements at the LHC exceed those of previous machines by several orders of magnitude. In a collider, beam losses are caused by collisions at the interaction points, the interaction of the beam particles with residual gas, intra-beam scattering, beam instabilities and dynamics changes during the operation cycle (orbit drifts, optics changes, energy ramp, etc.). All these effects may vary over time, depending on various beam and machine parameters. Therefore, the collimation system must be very flexible and highly reliable. "Each ring collimator of the LHC is programmed to follow the changes in energy and optics during the operation cycle of the machine. The collimator aperture is varied according to the requirements, which depend on the specific functionality of each device," says Redaelli. "The jaws can move at a varying pace and can be controlled by the operators, who can also adjust their angle with respect to the beam trajectory. It is a very complex but very effective system, the state-of-the-art for hadron colliders."

In order to decrease the collimator set-up time and to control better the collimator centering around the beam, the newest collimators have been equipped with a dedicated beam monitoring system consisting of 4 pickups, 2 per jaw, located at each motor axis. "This new feature will help us monitor the position of the incoming beam 'live' and with increased precision," says Redaelli. "The design of the new collimators is the result of a close and fruitful collaboration between the BE, EN and TE Departments. The first four collimators – two internally produced and two produced in industry – have been accepted and are being prepared for installation." During LS1, the teams will replace 18 collimators, with priority given to those that protect the experiments. Future system upgrades will progressively improve other parts of the machine.