LHC delivers more collisions than in the whole of 2011 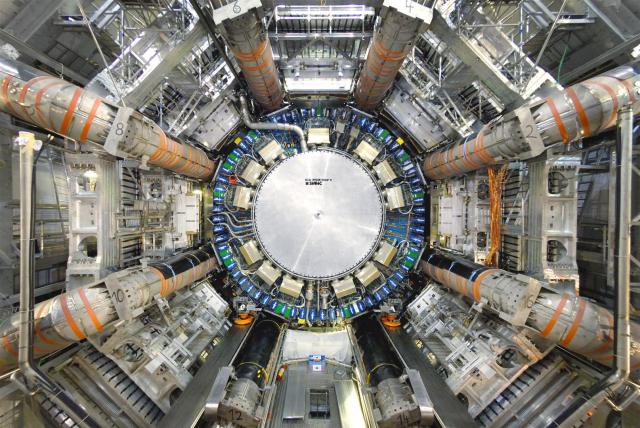 The Large Hadron Collider (LHC) has already delivered more collisions to the ATLAS and CMS experiments this year than it did in the whole of 2011.

The LHC is now operating at 1380 proton bunches per beam, the maximum value set for this year, with around 1.5 × 1011 protons in each bunch. The accelerator has also far exceeded the best instantaneous collision rate achieved last year: the maximum peak luminosity in 2011 was 3.6 × 1033 collisions per square centimetre per second; the LHC has now reached 6.8 × 1033 cm-2 s-1.

The higher collision energy of 4 TeV per beam this year (compared to 3.5 TeV per beam in 2011) and the resulting higher number of collisions are expected to enhance the machine's discovery potential considerably, opening up new possibilities in the searches for new and heavier particles.