The LHC prepares for the future 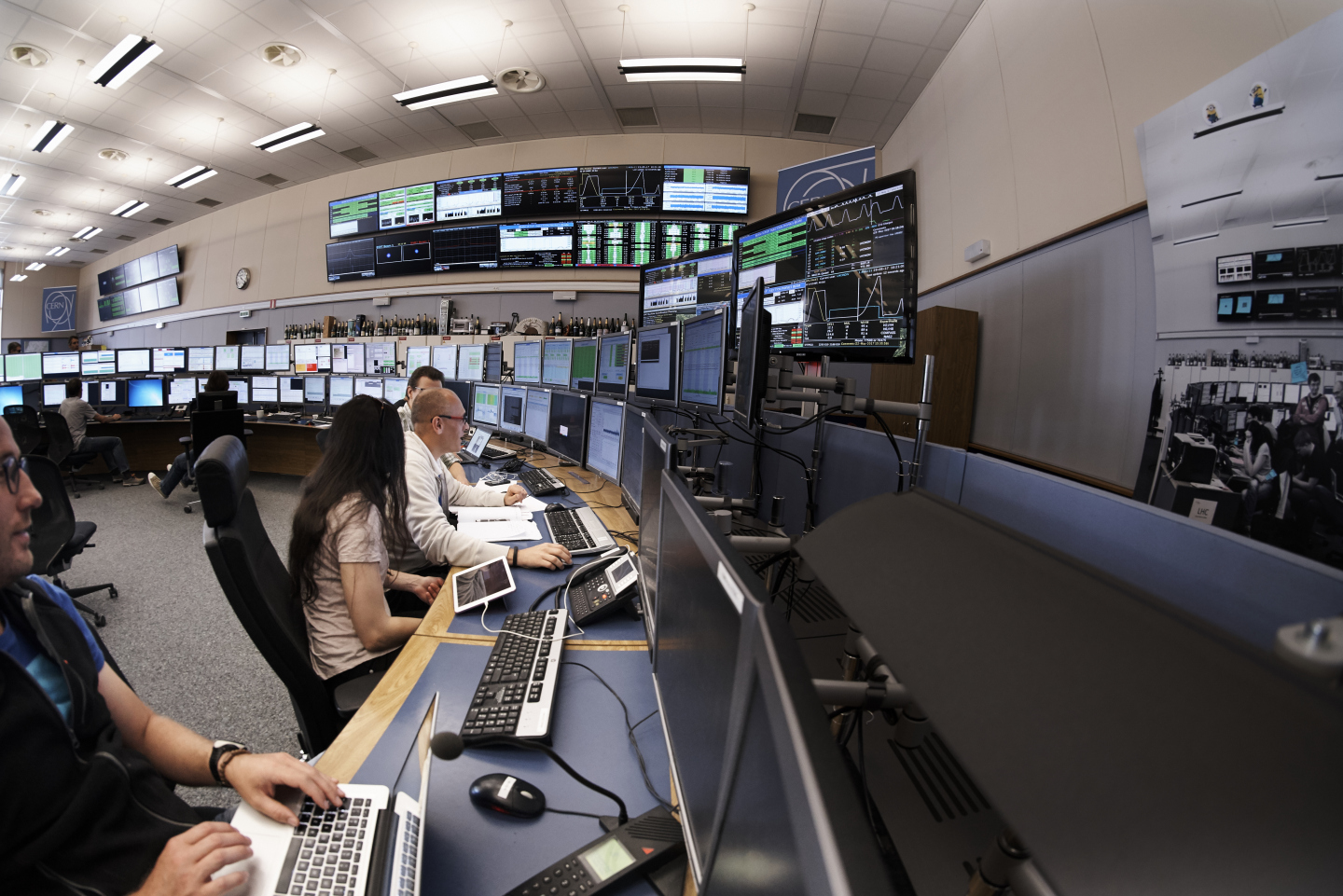 View of the CERN Control Centre where the operators control the LHC (Image: Maximilien Brice/CERN)

The Large Hadron Collider is stopping proton collisions for five days this week to undergo numerous tests. Accelerator specialists need to test the LHC when it is not in production mode and there are only several weeks left in which they can do it. At the end of the year, CERN’s accelerators will be shut down for a major two-year upgrade programme that will result in a renovated accelerator complex using more intense beams and higher energy. Scientists are conducting research to prepare for this new stage and the next, the High-Luminosity LHC.

“We have many requests from CERN’s teams because these periods of machine development allow components to be tested in real conditions and the results of simulations to be checked,” says Jan Uythoven, the head of the machine development programme. No fewer than twenty-four tests are scheduled for what will be this year’s third testing period.

One of the major areas of research focuses on beam stability : perturbations are systematically tracked and corrected by the LHC operators. When instabilities arise, the operators stop the beams and dump them. “To keep high-intensity beams stable, we have to improve the fine-tuning of the LHC,” Jan Uythoven adds. Extensive research is therefore being carried out to better understand these instabilities, with operators causing them deliberately in order to study how the beams behave.

The operators are also testing new optics for the High-Luminosity LHC or, in other words, a new way of adjusting the magnets to increase the beam concentration at the collision points. Another subject of the study concerns the heat generated by more intense future beams, which raises the temperature in the magnet’s core to the limit of what is needed to maintain the superconducting state. Lastly, tests are also being carried out on new components. In particular, innovative collimators were implemented at the start of the year. Collimators are protective items of equipment that stop the particles that deviate from the trajectory to prevent them from damaging the accelerator.

After this five-day test period, the LHC will stop running completely for a technical stop lasting another five days, during which teams will carry out repairs and maintenance. The technical stop will be followed by five weeks of proton collisions before the next period of machine development and the lead-ion run.