LHC reaches 2017 targets ahead of schedule

With 19 days still to go, the LHC has reached its 2017 production target, delivering more than 45 inverse femtobarns to the experiments 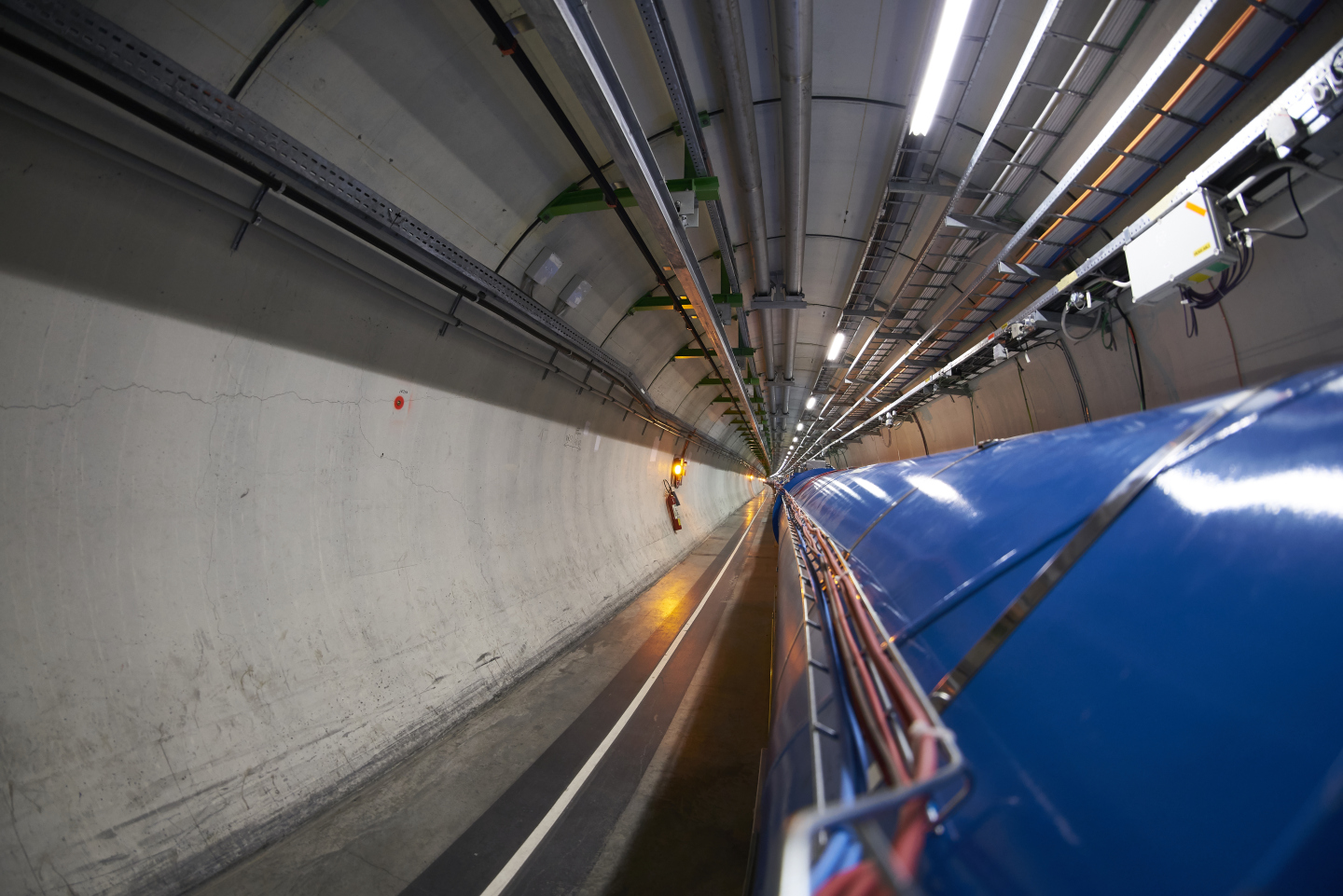 Trillions of protons race around the LHC’s 27-km ring in opposite directions more than 11 000 times a second, travelling at 99.9999991% the speed of light. (Image: Max Brice and Julien Ordan/CERN)

This achievement was all the more impressive as it was ahead of schedule. The LHC still has 19 more days of proton collisions, continuing to provide physics data to the experiments. Yet, earlier this year, it seemed unlikely that this target would be achieved. An issue had developed with a small group of magnets, collectively known as 16L2, which was affecting machine performance. Then, in early September, thanks to effective and creative collaboration between various teams at CERN, several ways to deal with the technical issue were developed, enabling the LHC and its injector chain to reach top performances again. In addition, by the end of September, the 2017 production run had been shortened by bringing special runs planned for 2018 forward to 2017, putting yet more pressure on the operators to deliver in a shorter time frame.

Nonetheless, with the target met, as well as another recent milestone achieved when twice the design luminosity was reached, the LHC has once again shown its excellence. That being said, physicists are already looking ahead to upgrades decades in the future and considering the physics potential that they will bring. Today, scientists are gathering at CERN to begin a three-day workshop to review, extend and further refine our understanding of the physics potential of the High-Luminosity LHC – the planned upgrade of the LHC – and even beyond.

In the more immediate future, once the main proton physics run end this year, the LHC will have 15 days of special runs plus machine development before its winter shutdown begins on 11 December. At that point, the “year-end technical stop” (YETS) will be used to help consolidate and improve the machine, ahead of its restart in spring 2018.