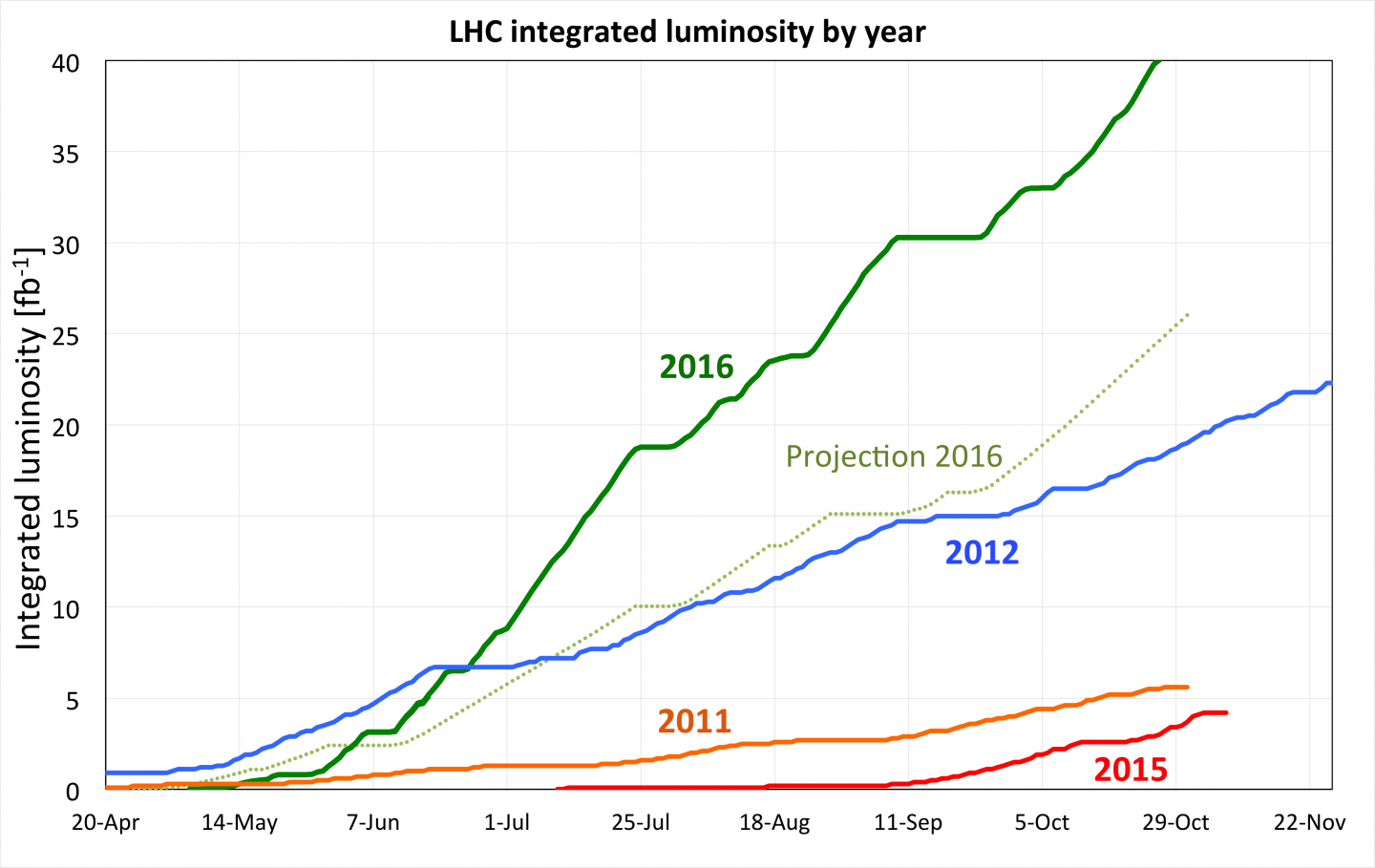 On 26 October, the 2016 proton-proton physics came to an end. The final integrated luminosity totals averaged around 40 fb-1 in ATLAS and CMS  (whereas the target for the whole year was 25 fb-1) 1.8 fb-1 in LHCb and 13 pb-1 in ALICE. The year’s proton run also included some successful physics runs and some operation in nominal physics conditions for the forward experiments TOTEM/CT-PPS, ALFA and AFP.

At the start of the year, following the usual intensity ramp-up, the peak luminosity was already impressive, with a relatively bold initial set-up delivering significantly smaller beam sizes at the interaction points than in 2015. Peak luminosity was further improved, firstly by using smaller beams from the injectors (BCMS) and then via a reduction in the angle at which the beams cross at the interaction points of ATLAS and CMS. The resultant luminosity topped out at around 1.4 x 1034 cm-2s-1, 40% above the design value. Peak performance is nothing without consistency and perhaps the most standout feature of the year was the remarkable availability of the myriad systems and components of the LHC and its injectors. This was the result of an ongoing campaign that targets reliability and the reduction of the effects of radiation on tunnel electronics. In practice, it translated into many long and productive fills and an integrated luminosity delivery rate that went well beyond expectations.

The last couple of weeks have seen time taken out of regular operations for a number of tests that target the future performance of both the machine and the experiments. For the machine they include electron cloud measurements, beam stability investigations and preparation for higher bunch intensity. The experiments took a fill with very high pile-up (the number of proton-proton collisions per bunch crossing) and continued with checks of their luminosity calibration.

A final machine development period took place from 27 to 30 October. This is being followed by a technical stop, during which, among other things, the experiments will install special forward detectors for the upcoming proton-lead run, slated for 7 November to 4 December.