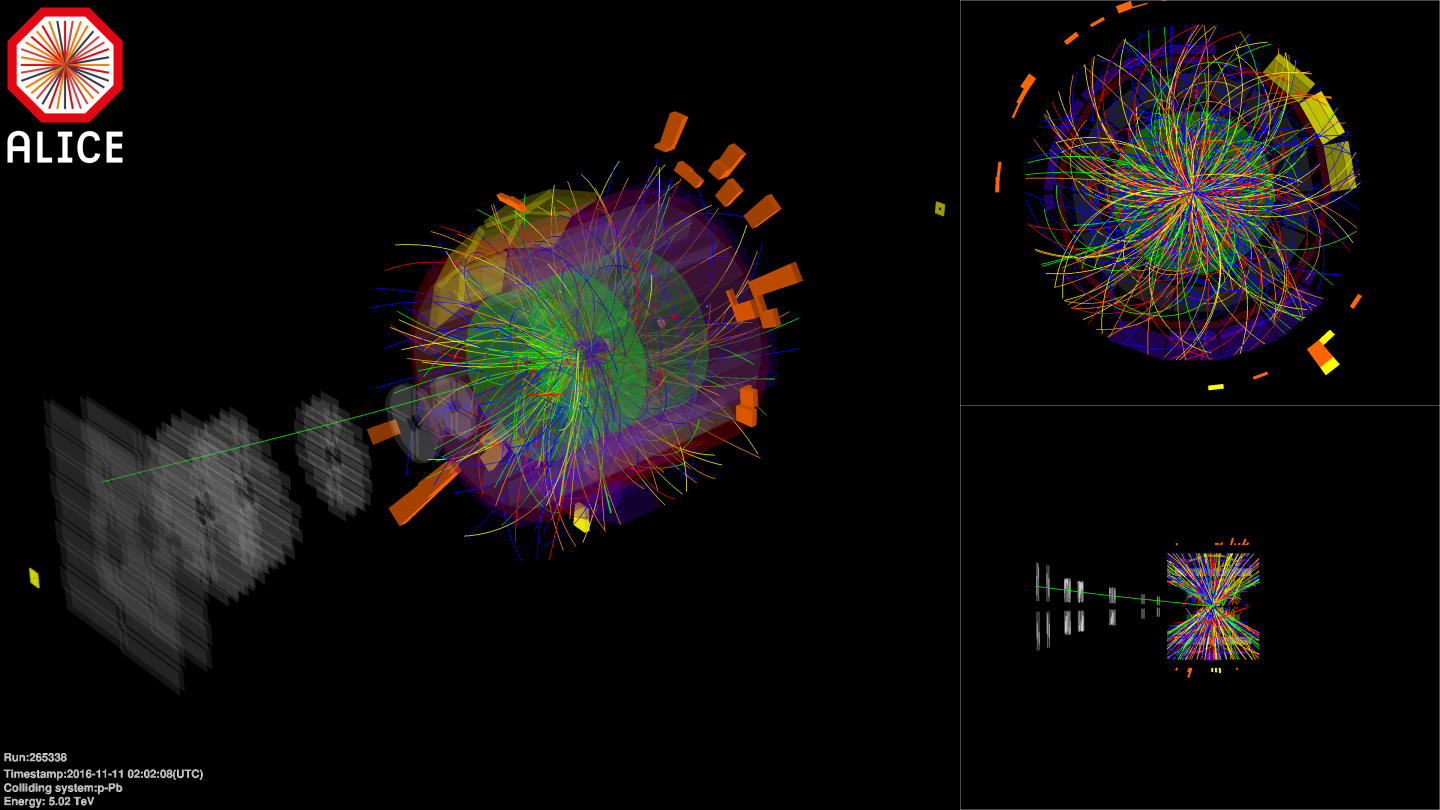 As in most years, the last month of LHC running in 2016 is devoted to heavy-ion physics. After a successful lead-lead (Pb-Pb) collision run in 2015, the experiments have again asked for proton-lead (p-Pb) collisions. This is a special operating mode of the LHC that was first demonstrated in one night in 2012 when the LHC collided beams made of two different particles for the first time. Analysing the data, the LHC experiments were surprised to see signs similar to those of the quark-gluon plasma, the primordial substance that filled the universe a few millionths of a second after the Big Bang.

As the LHC moves deeper into a regime of precision heavy-ion physics, the experiments have asked for a variety of very specific operating conditions. The run will start with a period of collisions at 5.02 TeV and later increase to 8.16 TeV (see footnote 1), the maximum presently possible. The lower energy is chosen identical to 2013 and equivalent to that of the Pb-Pb (and some p-p) collisions in 2015. The purpose of this is to allow precise comparison among the different colliding species. This part of the run is mainly devoted to ALICE running in a special mode. At the higher energy, ATLAS, CMS, ALICE, LHCb and LHCf will all take data at the highest luminosity possible.

A great deal of preparatory engineering work, including the installation of the experiments’ Zero Degree Calorimeters – calorimeters able to distinguish between a central or peripheral ion collision –  and the LHCf detectors, was done in last week’s Technical Stop. Special modifications have been made to the LHC’s beam instrumentation, beam loss monitor thresholds and injection kicker systems. The LHC cryogenics and other systems have had to recover from an interruption of the external electricity supply for a few hours on 2 November. This was done more rapidly than anticipated: beams were back in the LHC last weekend, and the intense setting-up programme could begin.

Colliding unequal beams brings new challenges to the LHC beam physics and operations teams. Protons and lead circulate at slightly different speeds and require a special cogging procedure to bring them into step for collisions at full energy. The two beams are created from different ion sources and the LHC depends on its injector complex. Most of the accelerators in CERN are brought into play and have to reliably produce high quality beams of both types simultaneously. This also means that p-Pb operation is more vulnerable to any system failures and, indeed, there have been a number of delays. Among them, a failure of the venerable Linac 2, the present source of all CERN’s protons, delayed the start of p-Pb physics. “Stable Beams” for physics were finally declared at 14:33 on 10 November. Next we will increase the number of bunches with the aim of providing long fills with levelled luminosity, mainly for ALICE. After some days of this, we will resume commissioning for the higher energy and maximized luminosity.

(1) These are the centre-of-mass energies per colliding nucleon pair and are achieved with the LHC magnets set for proton beam energies of 4 TeV and 6.5 TeV respectively.