LHC report: Something in the nothing 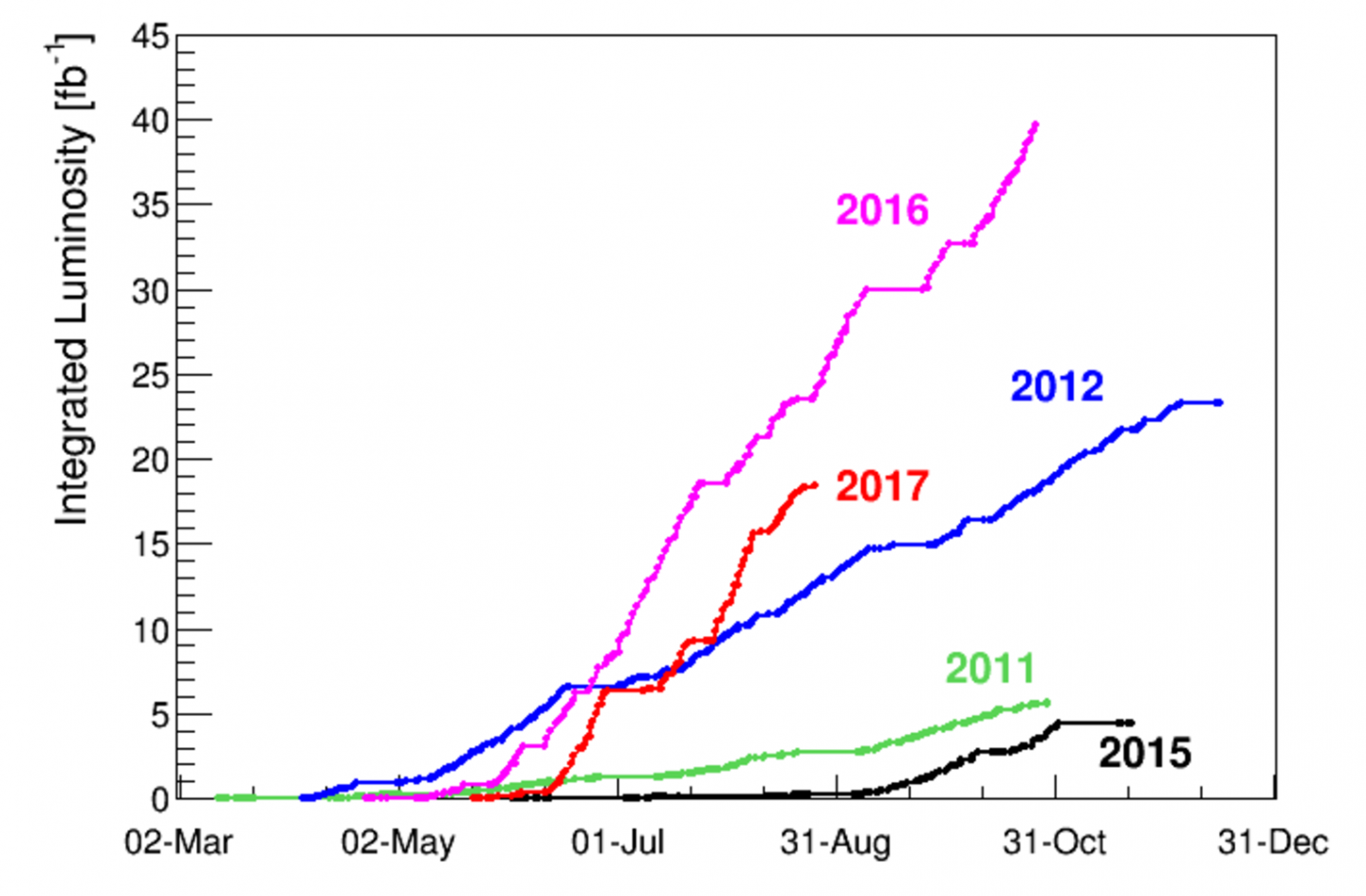 Recent CERN Control Centre (CCC) meetings have been dominated by "16L2". But why? The majority of recent beam dumps can be traced back to this cell and a likely hypothesis is the presence of gas in the vacuum pipes – there seems to be something in the nothing.

The name "16L2" refers to a group or "cell" of three dipoles, one quadrupole and some corrector magnets, sitting 16 cells to the left of point 2 of the LHC. Even during the LHC restart this spring there appeared to be issues in this part of the machine and, as the last LHC report explained, an applied magnetic field had been helping to mitigate cell losses so that the machine could run with 2556 bunches.

But despite this mitigation, physicists were keen to investigate. A likely hypothesis was that air had entered the cell’s vacuum pipes during the Extended Year-End Technical Stop (EYETS) and had become trapped around the beam screen. If so, warming the beam screen from its usual 20 Kelvin to a temperature of 80 Kelvin should evaporate the gas from the beam screen and let it condensate on the surrounding 1.9 Kelvin vacuum chamber. On 10 August, this "flushing" of the beam screen was attempted. It didn’t work as expected, nor as had been experienced previously elsewhere in the machine. What’s more, the mitigating magnetic field no longer worked and 2556 proton bunches no longer circulated as before. Operators reduced the number of bunches down to 600 and then gradually stepped up to around 1700 bunches, producing physics at or around the design luminosity of 1x1034 cm-2s-1. They varied the beam intensity but still encountered issues with 16L2. Despite these setbacks, machine availability has remained high and long fills have still allowed for increases in integrated luminosity.

But with pressure to deliver luminosity for the experiments, on 16 August, the LHC machine committee established a task force, led by José Miguel Jiménez, to investigate the 16L2 issues and propose a solution. On the basis of current statistics, there appears to be no direct correlation between the number of bunches and the number of beam dumps, so the task force is now planning tests with beams of up to 2200 bunches (last year’s maximum) to evaluate the situation. The task force are now moving forward with their tests, mindful of this year’s target for integrated luminosity, set at an ambitious 45 fb-1, an increase from 40 fb-1 in 2016.