LHC Report: stoat-ally back on track!

Electrical equipment that was damaged by the beech marten has been repaired. The LHC is back on track with ever higher beam intensity. 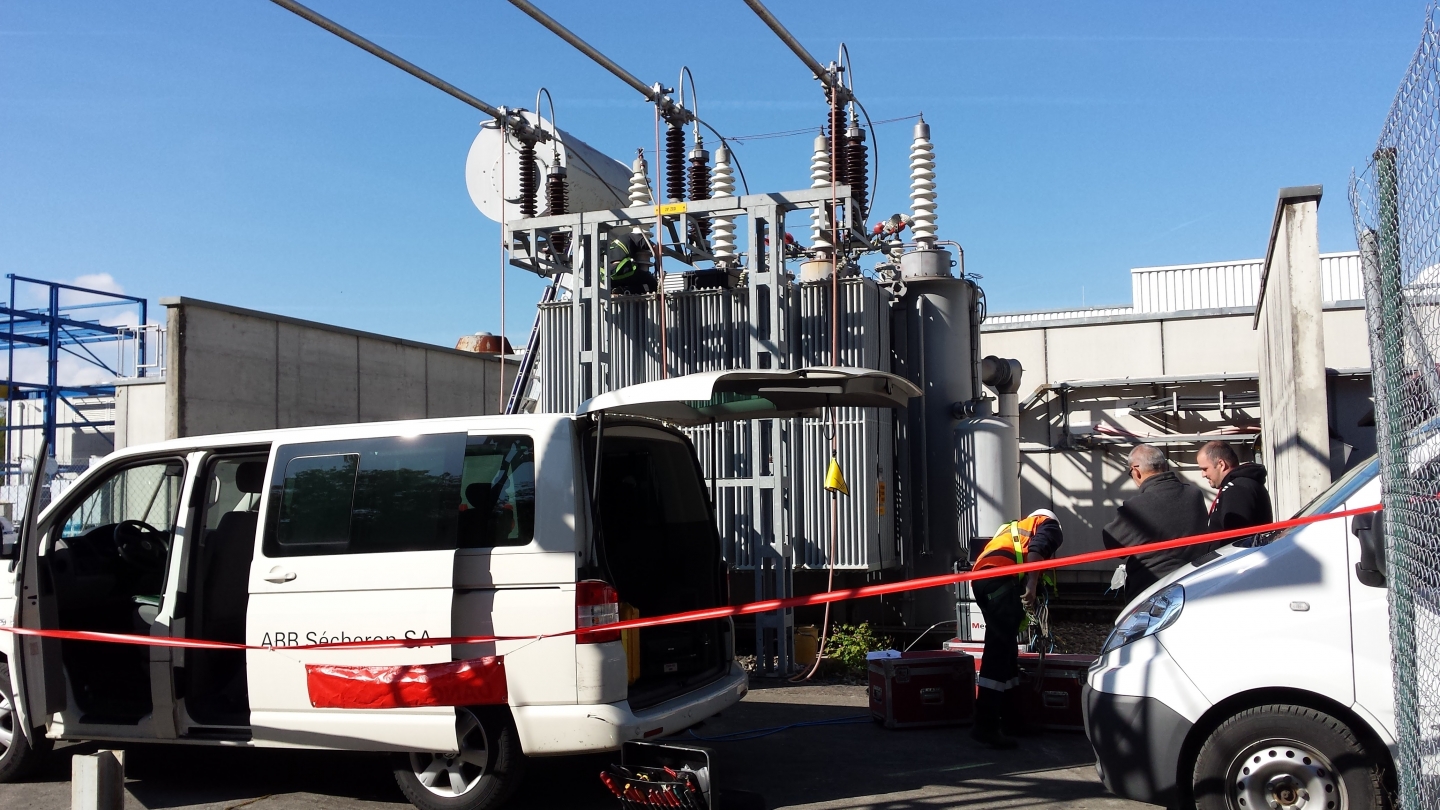 Technicians at work on the transformer that was damaged by the beech marten. (Image: Stefano Bertolasi)

Early in the morning of Friday, 29 April, the LHC was running with Stable Beams with 49 bunches per beam. Earlier that week, the scrubbing run had been cut short after a vacuum leak had developed in the SPS beam dump. Following this, the LHC had started its planned intensity ramp-up, albeit with a limited number of bunches per injection from the SPS to avoid overstressing the compromised beam dump.

At 05:32:16 on Friday, the beams were dumped. The logbook entry reads “Foreign object (weasel) found on the 66kV transformer in P8, causing severe electrical disturbance throughout the complex”. The weasel, later more accurately identified as a beech marten, had taken out a 66 to 18 kV transformer at Point 8 of the LHC. It had caused a short to ground fault on a single phase on the 18 kV cables terminations on top of the transformer. However, the arc expanded damaging the others 18 kV terminations and 66 kV bushings. The protection system kicked in correctly but the perturbation impacted the 66 kV network and a lot of the CERN site.

Investigations by EN/EL revealed that the transformer – a 1991 model made back in the USSR – was OK but that there was damage to the 18 kV cables and terminations. The 18 kV cables were repaired over the weekend and on Monday an external company carried out careful checks of the four 66 kV bushings. One of the bushings had slightly damaged porcelain. The positions of two of the bushings were therefore swapped to bring the damaged bushing to the neutral position (which is not stressed dielectrically in normal operation). The whole assembly was then tested without load before switching back to the nominal electrical network configuration in the morning of Thursday, 5 May.

With Point 8 fully back in action, the first step was to carry out some low intensity tests with beam to make sure that all systems were fully functioning and that everything was as it should be from the beam perspective. After flushing out a number of issues, the LHC was back in Stable Beams by the evening of Friday, 6 May and the intensity ramp-up was resumed.

At present, the intensity ramp-up has reached 900 bunches per beam. The peak luminosity is around 3 x 1033 cm-2s-1 and things are looking healthy. 900 bunches have passed machine protection qualification and the next physics fills are planned to be with 1200 bunches. Tuesday and Wednesday of this week are dedicated to luminosity calibration with Van der Meer scans being performed in ALICE, ATLAS, CMS, and LHCb. After a quick test of the special set-up to be used later in the year for the forward experiments, luminosity production will resume.