The LHC wakes up from its winter break

An update on the maintenance work that’s been carried out on the LHC, the experiments and the machines during the year-end technical stop 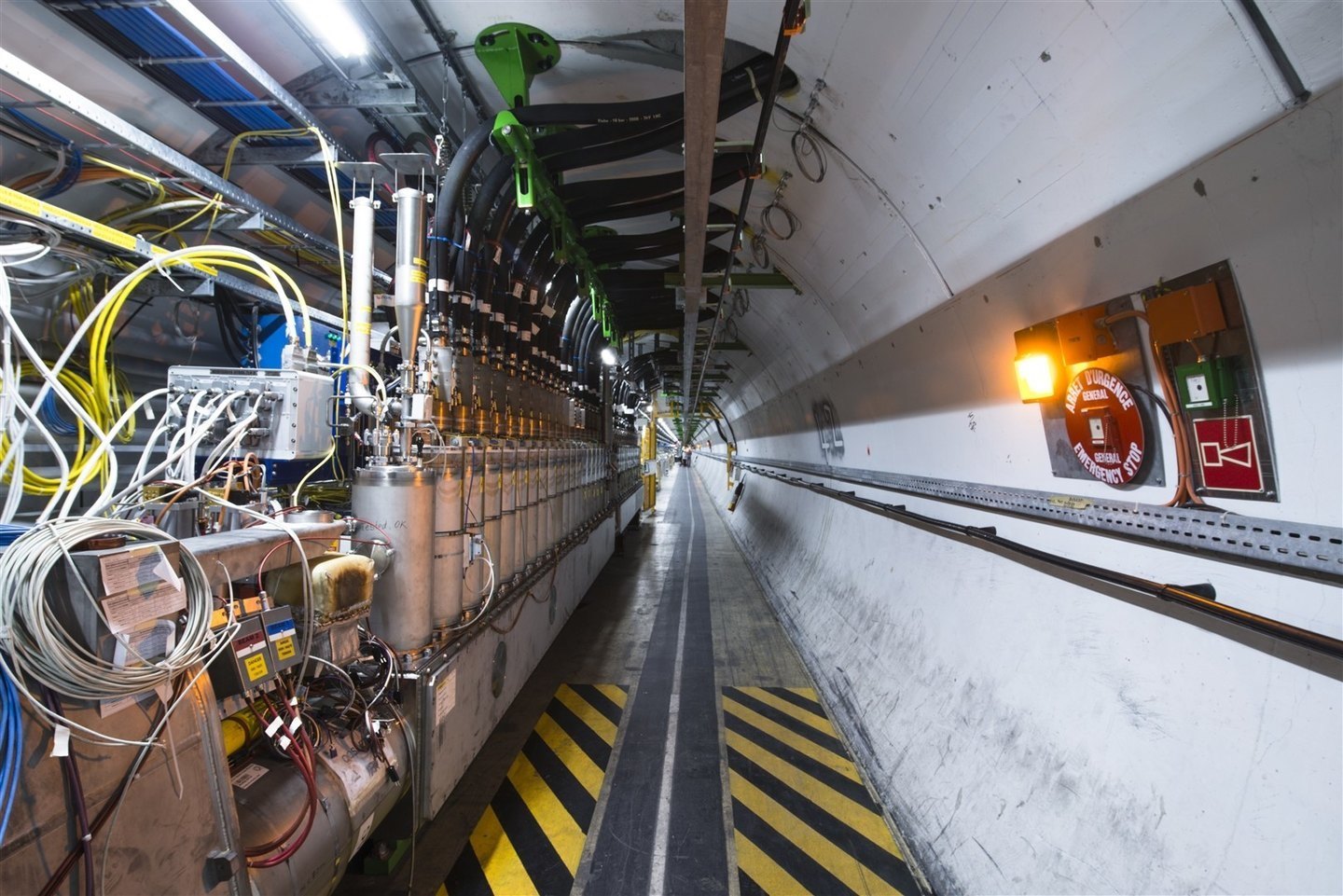 These are distribution feed boxes, which bring power to the magnets.There are 52 of them around the LHC, of 4 different sizes and characteristics. Big, copper cables transfer the current in tiny superconducting cables. (Image: Maximillien Brice/ CERN)

It’s March already, and time for the LHC to wake up from its short winter break.The LHC was the last machine to be handed back to operators after the completion of maintenance work carried out during the Year-End Technical Stop (YETS) that had started on 14 December, 2015.

During the past eleven weeks several maintenance activities took place in all the accelerators and beam lines. They included the replacement of the LHC beam absorbers for injection (TDIs) that are used to absorb the SPS beam if a problem occurs, providing vital protection for the LHC, maintenance at several points of the cryogenic system, the replacement of 18 magnets in the Super Proton Synchrotron and an extensive campaign to identify and remove thousands of obsolete cables.

The YETS also gave the experiments the opportunity to carry out repairs and maintenance work on their detectors. In particular, at CMS, the cold box, which had caused problems for the experiment’s magnet during 2015, was cleaned and a few water leaks on the site were fixed.

Powering tests began on 4 March and finished on 18 March 2016, marking the initial step to the first beams of the year. It was a tight schedule, with the tests scheduled for just 14 days before moving on to machine checkout and then commissioning with beam around Easter. During that time, over 8500 tests are being performed on the 1600 circuits. Even though the tests were executed automatically, the experts in charge of running and analysing them needed to pay careful attention to the thousands of multi-coloured signals on their screens.

Last year marked a great start to Run 2. The objective was to establish proton-proton collisions at 13 TeV with 25 nanosecond bunch spacing.

2015 was a learning year for CERN, and by the time the machines were switched off for the end-of-year break a great deal was known about how to operate the LHC at the new higher energy, with shorter bunch spacing, allowing physicists to get many more bunches of particles into the beam and thereby deliver more data to the experiments.

“This was a great result but, to put it into context, the goal for the whole of Run 2 is to deliver 100 fb-1 by the end of 2018, so we still have a long way to go”, says Frédérick Bordry, Director for accelerators and technology.

“It would be easy to think that LHC running is becoming routine, and in many ways it is. Nevertheless, the year-end technical stop is a vital part of the running cycle and much has been accomplished over this short winter break,” he concludes.