The long road to Linac4

After two decades of design and construction, CERN’s newest accelerator, Linac4, is on its way to join the LHC injection chain 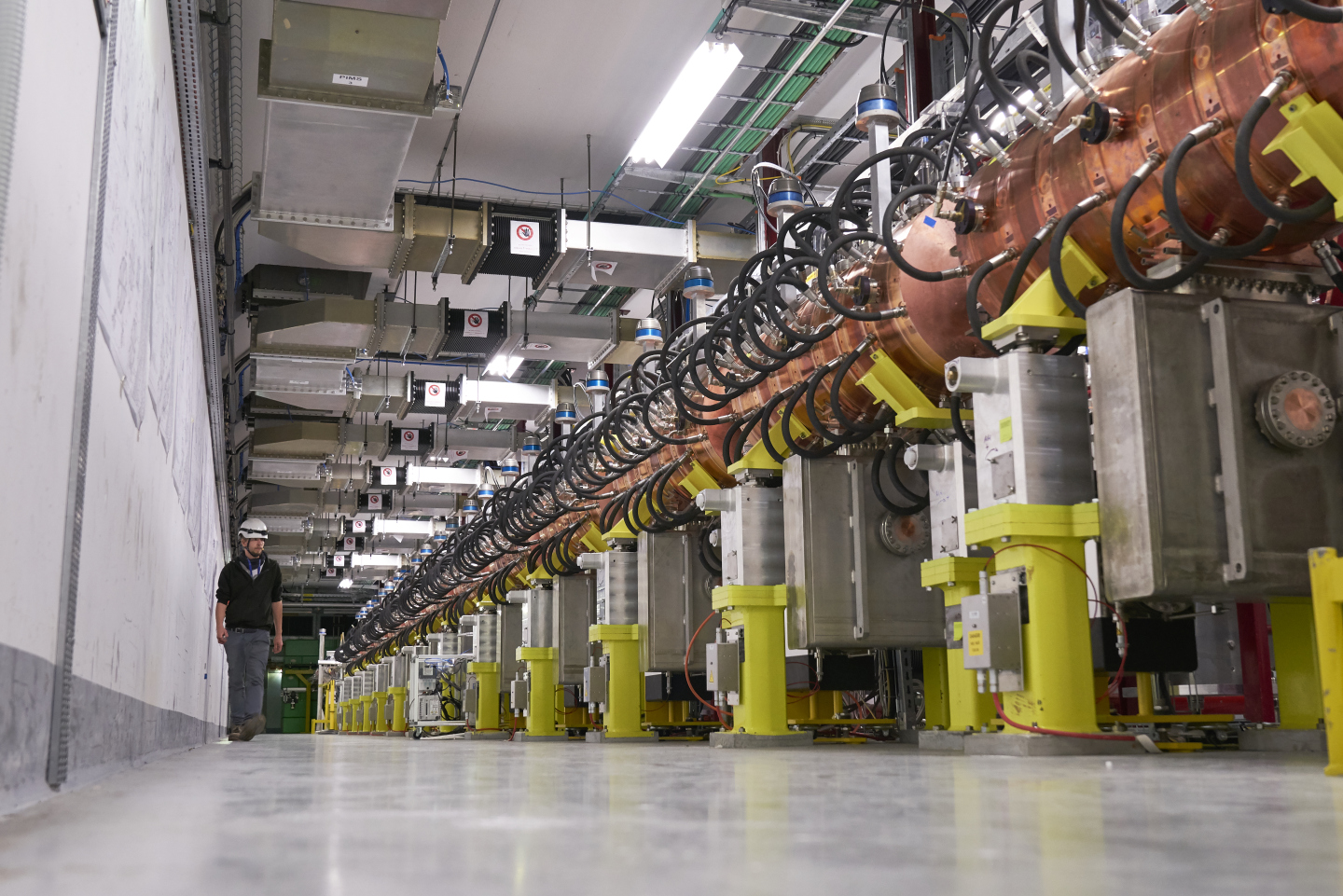 Linac4 is CERN’s newest accelerator. It was inaugurated in May 2017. (Image: Maximilien Brice/CERN)

CERN’s newest accelerator, Linac4, is on its way to join the LHC injection chain. It was inaugurated in May 2017, after two decades of design and construction.

For the last 40 years, CERN’s accelerator complex has been served by Linac2, which is still injecting protons into the PS and SPS from where they end up in the Large Hadron Collider (LHC).

Although the construction of this workhorse of the CERN accelerator chain was an important step forward for CERN, and contributed to major physics discoveries, including the W, Z and Higgs bosons, Linac2’s relatively low energy and intensity are not compatible with the demanding requirements of the LHC luminosity upgrade (HL-LHC). For this reason, in 2007, the decision was taken to replace Linac2 with a more suitable injector for the LHC’s future.

A decade later, in spring 2017, the 160 MeV Linac4 was fully commissioned and entered a stand-alone operation run to assess and improve its reliability, prior to being connected to the CERN accelerator complex. The machine’s overall availability during this initial run reached 91 per cent – an amazing value for an accelerator whose beam commissioning had been completed only a few months earlier. The Linac4 reliability run will continue well into 2018, sending the beam round-the-clock to a dump located at the end of the accelerating section under the supervision of the CERN Control Centre (CCC) operation team.

Linac4 will be connected to the next accelerator in the chain, the PSB, in 2019, at the beginning of Long Shutdown 2. Test beams will be made available to the PSB as early as 2020, and from 2021 onwards all protons at CERN will come from the new Linac4, marking the end of a 20-year-long journey of design and construction that has raised many challenges and inspired innovative solutions.

Linac4 is expected to have a long life – at least as long as Linac2 – and play a vital role in the high-luminosity LHC and beyond.

Learn more about Linac4 in this CERN Courier article.