As the first and last proton-lead run of 2013 draws to a close, the maintenance programme of the LHC's first long shutdown (LS1) is about to start 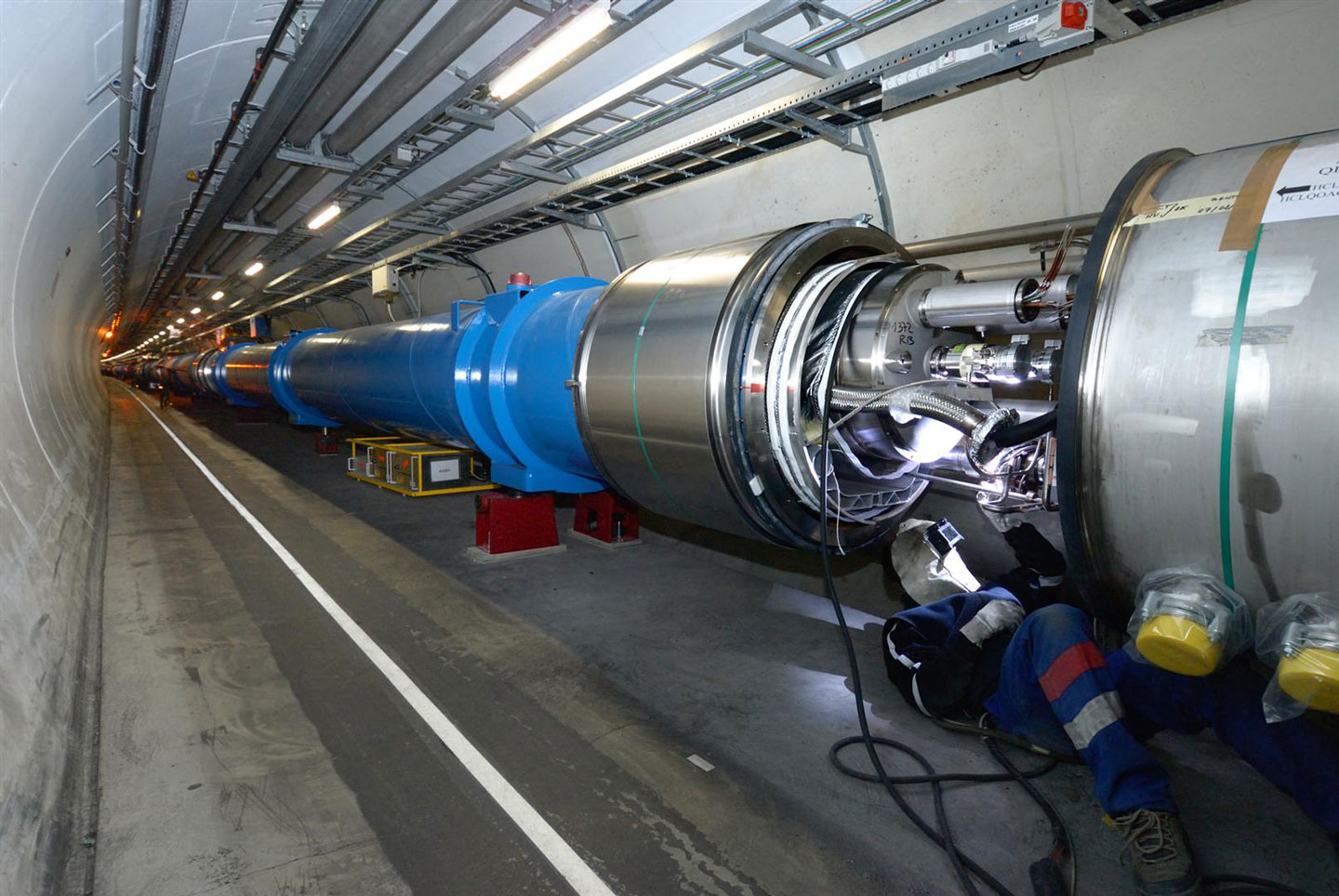 Over 10,000 high-current splices between LHC magnets will be opened and consolidated during the first Long Shutdown of the LHC. This image shows their installation in 2007 (Image: CERN)

The LHC has provided physicists with a huge quantity of data to analyse since the first physics run in 2009. Now it's time for the machine, along with CERN's other accelerators, to get a facelift. LS1 will start on 13 February 2013, but this doesn’t mean that life at the Laboratory will be any less rich and exciting. Although there will be no collisions for a period of almost two years, the whole CERN site will be a hive of activity, with large-scale work under way to modernise the infrastructure and prepare the LHC for operation at higher energy.

"A whole series of renovation work will be carried out around the LHC during LS1,” says Simon Baird, deputy head of the EN Department. "The key driver is of course the consolidation of the 10,170 high-current splices between the superconducting magnets. The teams will start by opening up the 1,695 interconnections between each of the cryostats of the main magnets. They will repair and consolidate around 500 interconnections simultaneously. The maintenance work will gradually cover the entire 27 km circumference of the LHC.” The LHC will be upgraded as well as renovated during the period concerned. In the framework of the Radiation to Electronics project (R2E), sensitive electronic equipment protection will be optimised by relocating the equipment or by adding shielding.

The work will by no means be confined to the LHC. Major renovation work is scheduled, for example, for the Proton Synchrotron (PS) and the Super Proton Synchrotron (SPS). During LS1 the upgrade of the PS access control system, which includes the installation of 25 new biometrically controlled access points, will continue. The whole tunnel ventilation system will also be dismantled and replaced, with 25 air handling units representing a cumulated flow rate of 576,000 m3/hour to be installed around the accelerator's 628 m circumference. Meanwhile, at the SPS, about one hundred kilometres of radiation-damaged cables used in the instrumentation and control systems will be removed or replaced.

CERN will take advantage of LS1 to improve the installations connected with the experiments, the accelerators, the electronics, etc., with a view to a spectacular resumption of its main activities after the shutdown. While the shutdown work is in progress, life at the Laboratory will be anything but boring. You can count on the Internal Communications service to keep you abreast of all the developments

The LHC: A stronger machine