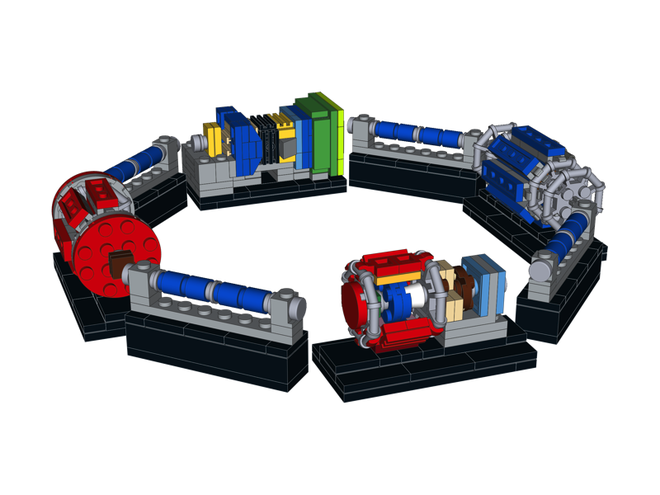 One year ago, a PhD student working at the ATLAS experiment developed a pocket-version of the Large Hadron Collider (LHC) made out of Lego.

But, the design needs 3000 more signatures to qualify for the Lego Review, which decides if projects become new Lego products.

The design already has almost 7000 votes but needs 10000 to bring it closer to reality.

To encourage votes Nathan Readioff, who developed the original design, worked with colleagues at CERN to make a video parodying a well-known television commercial.

Each detector is small enough to fit in the palm of your hand, yet the details of the internal systems are intricate, revealed by cutaway walls. The models are not strictly in scale with one another, but use the same size base to maximise the detail that can be included and give a more uniform look to the set.

Vote for it here.