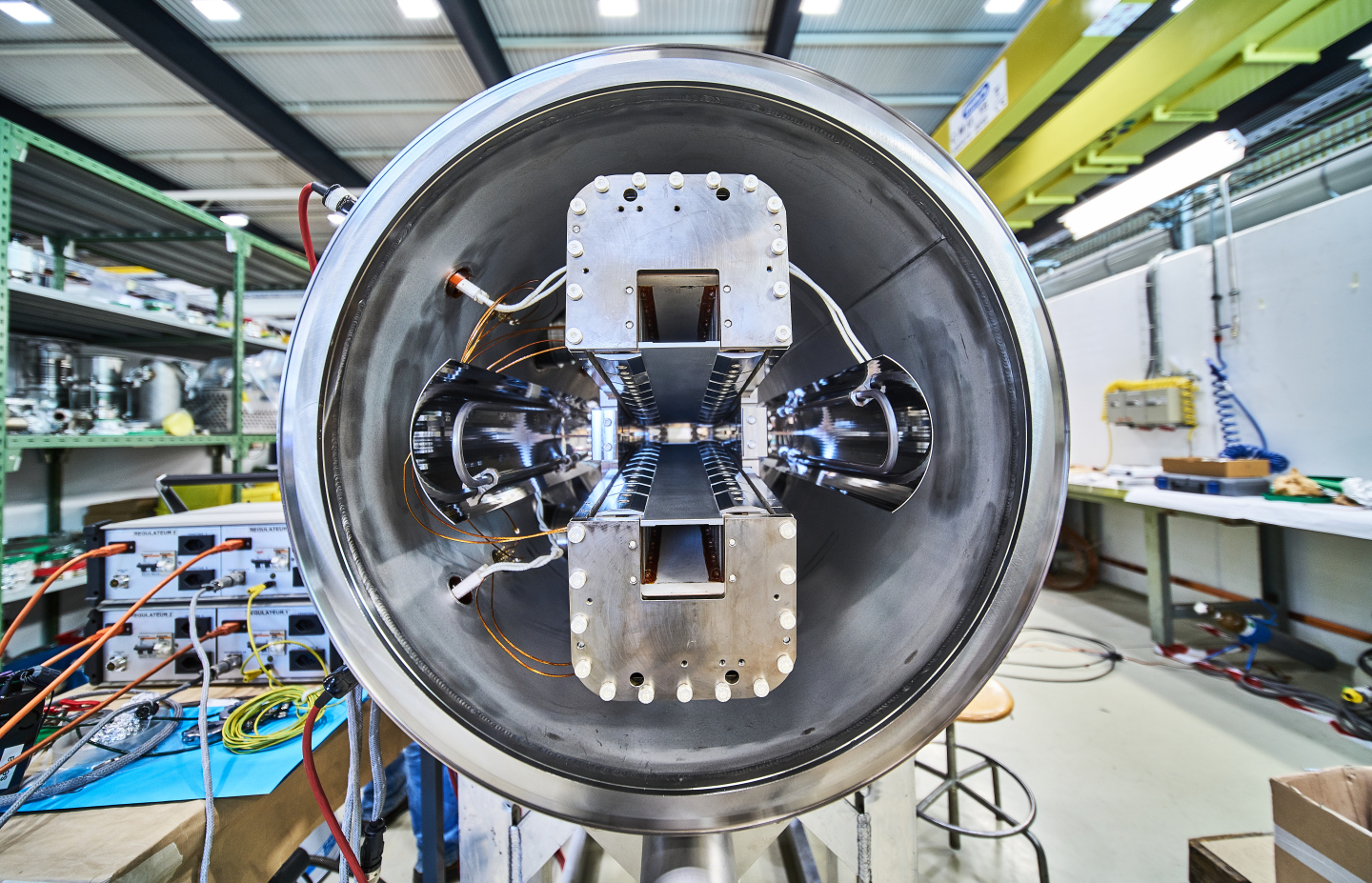 The new booster injection vertical septum magnets in their vacuum tank. They will distribute the beam from Linac4 to the four rings of the Proton Synchrotron Booster. (Image: Julien Ordan/CERN)

Do not deflect your attention, or you might miss an important achievement on the way to the high-luminosity era of the LHC. Like the completion of the new deflection magnets which will transfer the beam between the first two elements of the CERN accelerator complex, Linear Accelerator 4 (Linac4) and the Proton Synchrotron Booster (PSB).

As part of the LHC Injector Upgrade (LIU) project, the Vertical Booster Injection Septum Magnets (BISMV10) successfully passed their final test on 8 November. Hosted in their vacuum tank, they will be installed on the transfer line between LINAC 4 and the four superimposed rings of the PS Booster during the second Long Shutdown in 2019-2020.

In the future configuration, the beam coming from Linac4 will be divided in slices with the help of kicker magnets installed on the transfer line. Each slice will then be vertically deflected by the new septum magnets to reach the first, the second and the fourth ring of the PS Booster. Since ring number three is at the same level as the incoming beam, no deflection is required for it.

Septum magnets are designed in such a way that the magnetic field stays only in the magnet gap through which the beam passes. The leakage magnetic field on the outside of the septum is kept to an absolute minimum. This allows the septum magnets to be positioned as close as possible to the circulating beams in the PS Booster without inducing any unwanted oscillations. It also allows the beam that goes to ring three to pass unaffected between the two magnets.

The predecessors of the new magnets, currently in use, are made of ferrite and are only capable of dealing with a 50 MeV beam coming from Linac2. The new system, on the other hand, is able to deflect the 160 MeV beam of negative hydrogen ions produced by Linac4. Each of the six new magnets is made of stacks of one thousand five hundred steel laminations, each one 350 microns thick.

The upgrade of another component on the transfer line, the Beam Injection Distributor (BIDIS) which cuts the beam from Linac4 in six individual slices, is also currently in its final stages of testing. In early 2018 the assembly of new septum magnets based on the eddy current principle for the injection of the beam in the Proton Synchrotron will begin.