Linac 4 now reaching milestone energy of 50MeV to act as replacement for ageing Linac2, before taking over at head of accelerator chain in 2020 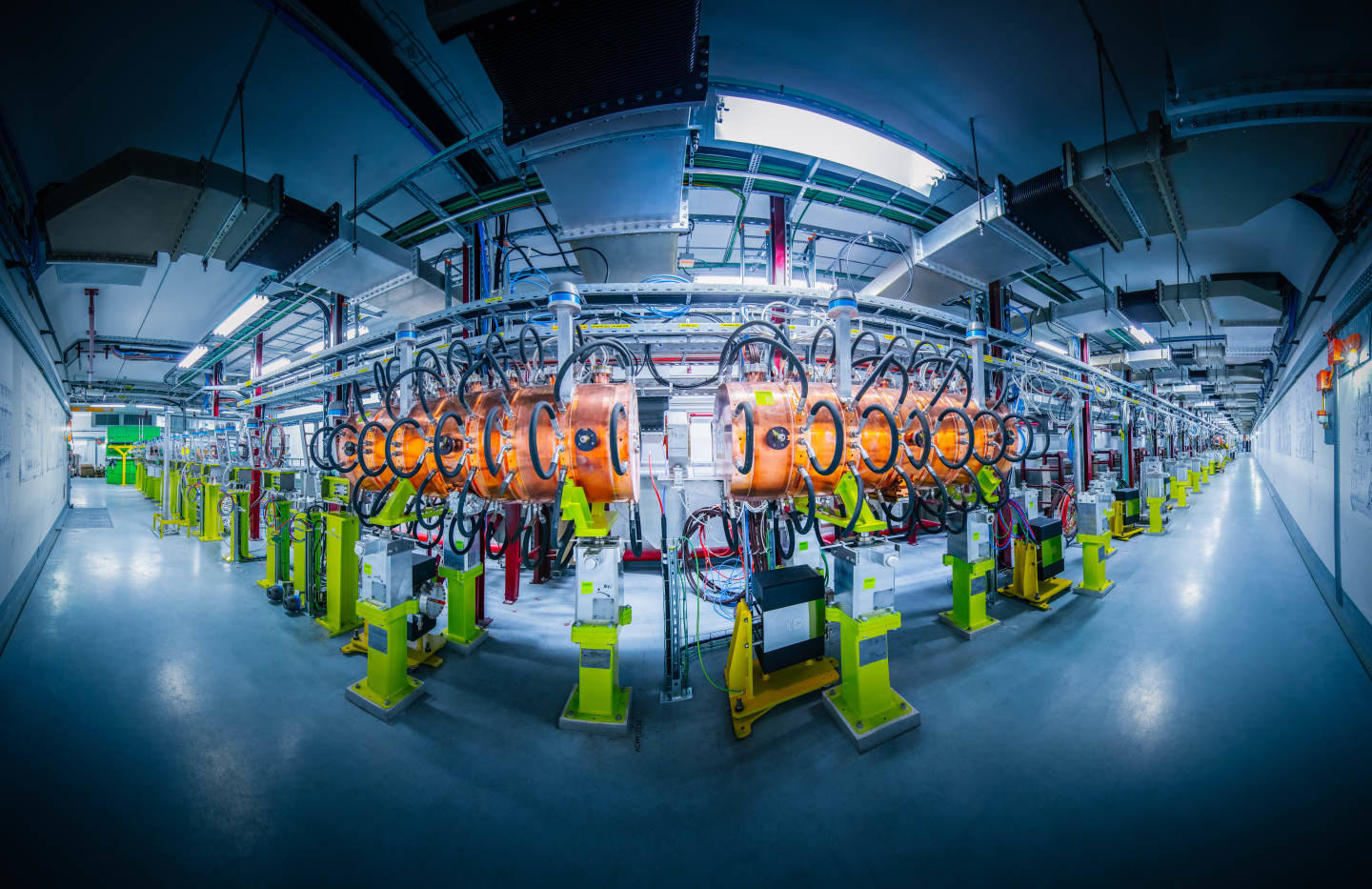 This week the Linac 4 accelerator has reached a milestone energy of 50 MeV – meaning it is now able to replace the ageing Linac 2 and eventually become the head of the accelerator chain .

Linac 4 was built to boost negative hydrogen ions – consisting of a hydrogen atom with an additional electron – to high energies to provide protons to the Large Hadron and to replace the  Linac 2. This 37-year-old accelerator is the first in a series of four, which are boosting particles to higher and higher energies before they are injected into the Large Hadron Collider (LHC). These accelerators are also providing beams to many other experiments at CERN.

Eventually Linac 4 will accelerate ions to 160 MeV to prepare them to enter the Proton Synchrotron Booster – the second acclerator in the LHC injection chain. These ions are stripped of their two electrons during injection from Linac 4 into the Proton Synchrotron Booster to leave only protons. This allows more particles to accumulate in the synchrotron, simplifies injection, reduces beam loss at injection and gives a more brilliant beam. As a key part of the LHC injector upgrade programme, Linac 4 will allow the PS Booster to double its beam brightness, which will contribute to increasing the LHC’s luminosity, a crucial factor proportional to the number of particles colliding within a defined amount of time.

Reaching 50MeV is a milestone as it’s the energy Linac 2 runs at, and means Linac4 is now capable of taking over the task of providing particles to CERN’s accelerator chain – a process that will begin during the long shutdown from 2018.

The Linac 4 is composed of a hydrogen ion source and four types of accelerating structures which are progressively commissioned one after another. Earlier this year the second part of this accelerating chain, the Drift Tube Linac tanks were fully installed and commissioned, meaning the beam could be boosted to a new, higher, energy from its previous 3 MeV.

“This innovative and patented design is a huge achievement that was eight years in the making,” says Maurizio Vretenar, the Linac 4 project leader. “We saw these tanks through from the drawing board to the test bench, and now to the accelerator chain itself; we couldn’t be happier with their performance so far.”

Ensuring faultless connections between the seperate accelerator components was a key part of the commissioning process. The tubes and their components had to be aligned with ±0.1 mm precision to each other and to the rest of the Linac 4 line.

“The first step was to accelerate the beam through the first tank of the DTL, to find the correct settings of the low energy part,” says Alessandra Lombardi, who is in charge of the commissioning phase of Linac 4. We then accelerated the beam progressively through the second and the third tank to the energy of 50 MeV.”

Now the beam has reached 50 MeV, the Linac 4 team is moving on to the next item on the schedule: the Cell-Coupled DTLs (CCDTL), which will bring Linac 4 up to 100 MeV.