"So long and thanks for all the fish"

Remarkable first three-year run of LHC comes to an end, marked by the LHC controllers with a Douglas Adams reference 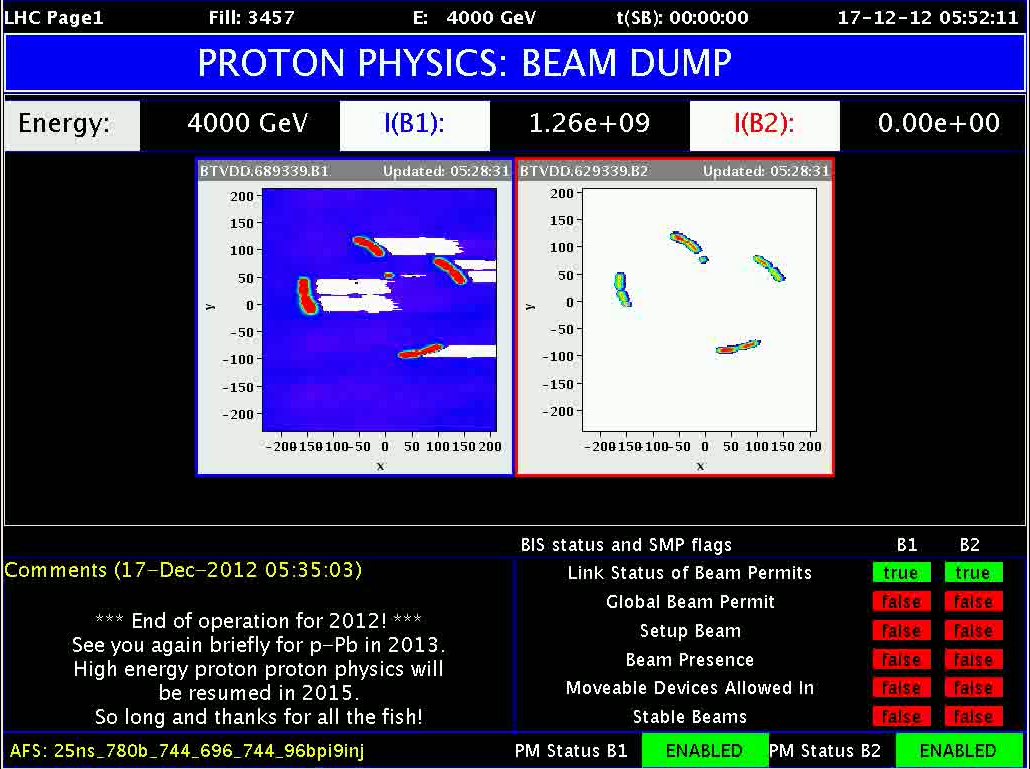 The final beam of the three-year proton run at the LHC is dumped, with the phrase "So long and thanks for all the fish" (Image: CERN)

This morning CERN teams brought the first proton run at the LHC to an end with the message "So long and thanks for all the fish," - a phrase made famous by British writer Douglas Adams in his Hitchhiker's Guide to the Galaxy series. The remarkable first three-year run was crowned by a new performance milestone. The space between proton bunches in the beams was halved to 25 nanoseconds in order to further increase beam intensity and the accelerator’s luminosity.

“This new achievement augurs well for the next LHC run starting in 2015," says Steve Myers. "High-intensity beams are vital for the success of the LHC programme. More intense beams mean more collisions and a better chance of observing rare phenomena.”