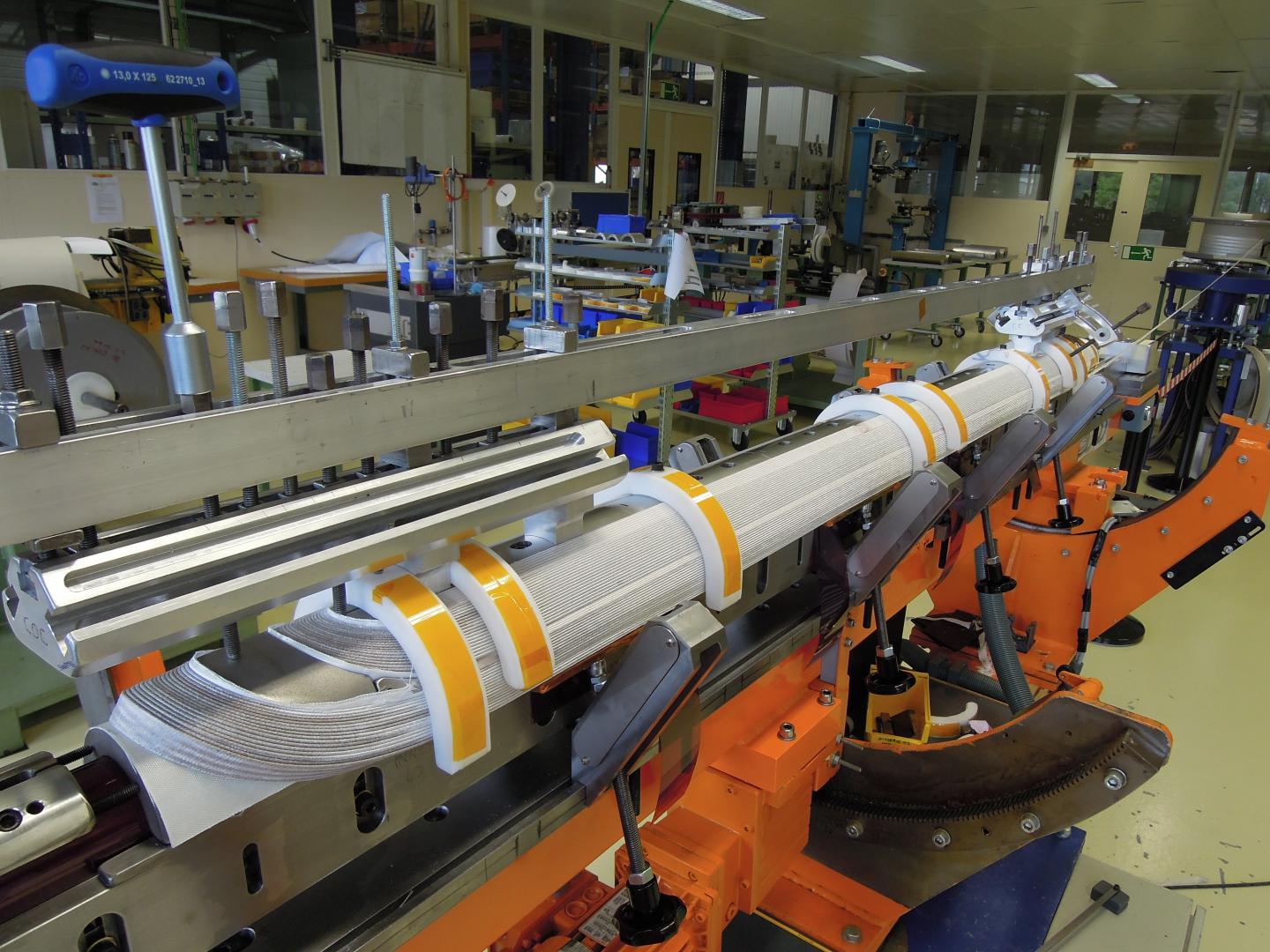 The coil for the 11-Tesla superconducting dipole magnet model at CERN (Image: CERN)

At the start of the summer, the teams developing the magnets for the future HL-LHC were in high spirits. On 16 June, a 11-Tesla superconducting dipole magnet model manufactured at CERN reached record performance levels, surpassing those of its predecessors. The model was tested in a special cryostat in hall SM18 and its magnetic field intensity exceeded 11 Tesla after just six quenches: a much faster increase in intensity than previous models. In addition, it reached a magnetic field intensity of 12 Tesla (corresponding to a current of 12,800 amps in the coil); higher than any of the previous models. “This is excellent news for the HL-LHC project,” says Frédéric Savary of the Technology department, who is in charge of the tests. “These results demonstrate CERN’s extensive know-how in the manufacture of high-field superconducting magnets.”

The HL-LHC project is an integral part of the Laboratory’s Medium-Term Plan and aims to increase the number of collisions in the LHC by a factor of 5 to 10 in order to reach an integrated luminosity of 250 fb-1 per year as of 2025. To achieve this goal, 1.2 km of the current accelerator will be replaced with new machinery. One of the changes required to allow operation at this luminosity is an increase in the number of collimators, devices that protect the machine from particles that stray from the beam. But installing more collimators in the ring results in less space for magnets, so the current dipole magnets will be replaced by pairs of shorter but more powerful magnets. In the HL-LHC, two new 5.5-metre-long dipole magnets (i.e. 11 metres in total) will have to bend the beam just as effectively as the present 15-metre-long magnets. As a result, these magnets will have to generate an 11-Tesla magnetic field, compared to the 8 Tesla field generated by the current magnets.

The conductor for the new superconducting dipole magnets is made from an intermetallic compound of niobium and tin (Nb3Sn). The magnets are being developed in the framework of a collaboration between the US laboratory Fermilab and CERN. Single-bore models have already been constructed on both sides of the Atlantic, four in total. They too have reached the required 11 Tesla, but only after many quenches, so the performance of the new model was enthusiastically welcomed by the teams that have been working on the project for almost five years.

Nevertheless, the development work is far from over. The models are shorter than the final magnets will be: 2 metres in length rather than 5.5 metres. They also only have one bore, i.e. they are single dipoles producing a field that can guide only one beam. The final magnet will consist of two dipoles, i.e. two bores for the two beam pipes, in the same cryostat, just like the current LHC magnets.