The Synchrocyclotron prepares for visitors

Hall 300, which houses CERN’s first accelerator, is being prepared to host a new exhibition 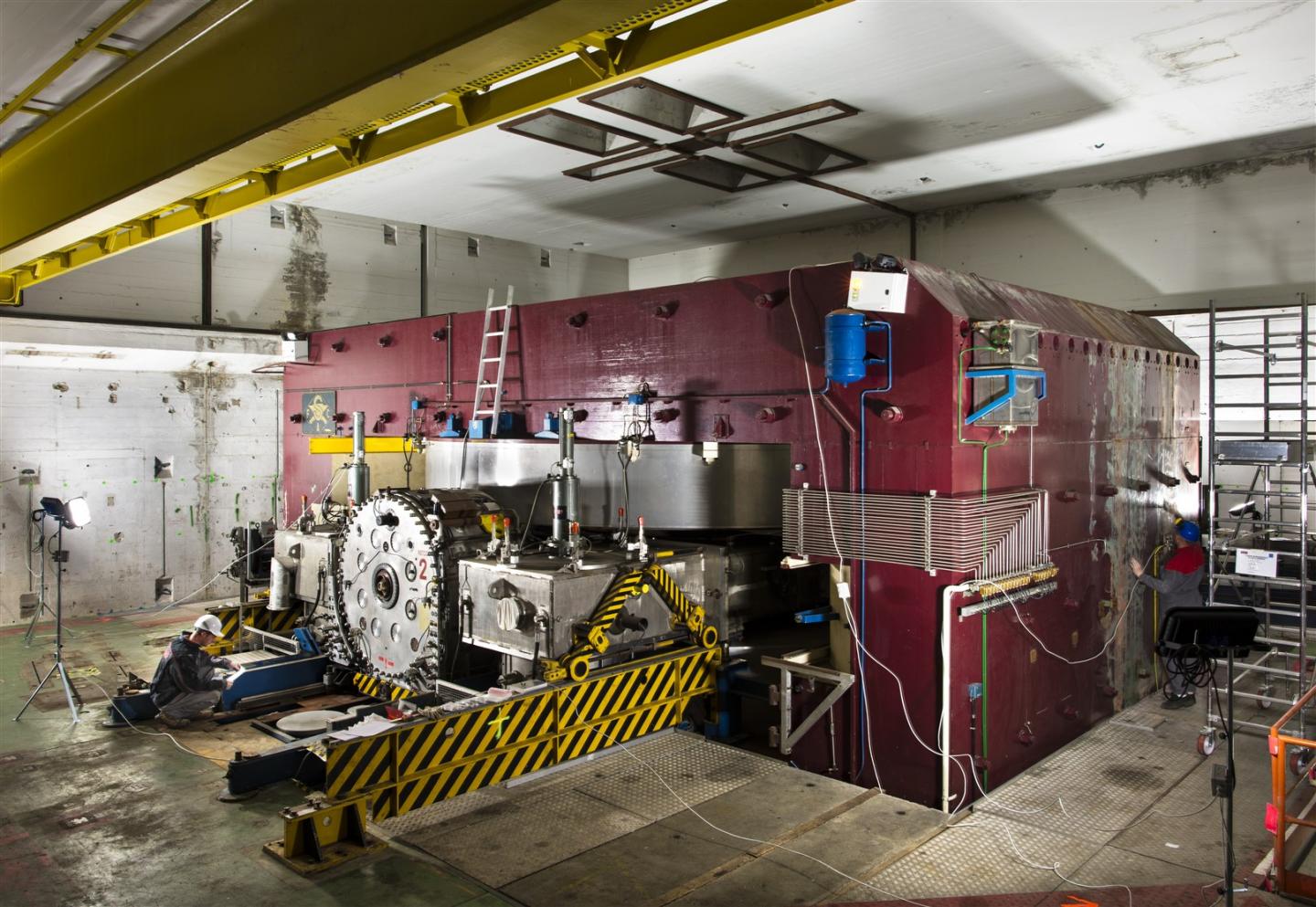 The Synchrocyclotron in building 300 (Image: CERN)

The red magnet of CERN's first accelerator, the Synchrocyclotron (SC), has occupied a large part of Hall 300 since it was installed in the late 1950s. The remaining part of the 300-square-metre building has been used as a storage room since the accelerator was shut down in 1990. Now a public exhibition will breathe new life into the hall.

“We have completed the first phase of the project that will give the SC a new lease of life,” says project leader Marco Silari of CERN's Radiation Protection Group. “We have removed all the equipment that was not an integral part of the accelerator. The hall is now ready for the civil engineering work that will precede the installation of the exhibition.”

The SC has witnessed a large part of the history of CERN. The accelerator produced its first 600 MeV proton beam on 1 August 1957. Ten years later, construction began on an underground hall to house the ISOLDE experiments, which the SC supplied with a large variety of particles over almost 25 years.

“The exhibition will take visitors back from the present to the beginning of physics research at CERN,” says Rolf Landua of CERN’s Education Group, which is in charge of developing the site. He says a "time tunnel" at the entrance to the hall will take the visitor progressively into the atmosphere of the late 1950s. A sound-and-light show based on the projection-mapping technique will virtually bring the synchrocyclotron back to life. Finally, one corner of the hall will be dedicated to reconstructing life at CERN at that time, with real objects recreating a typical workplace. "Researchers who worked on SC-related projects will also virtually recount their stories to the visitor,” says Landua.

Cleaning the SC hall took about seven months and involved an external company as well as many CERN services, from the transport group and the magnet group to the civil-engineering team. “Before starting the clean-up of almost 200 tonnes of scrap material, we recovered quite a number of small objects dating back to the beginning of the SC era, such as old telephones, control panels, tools, warning displays and loudspeakers, which we will put back in the hall to form part of the exhibition,” says Silari. A party on 13 December marked the end of this first phase of work and the hand-over to the civil engineering team in preparation for the installation of the exhibition.

Atelier Brückner, the design firm behind the Universe of Particles exhibition in the Globe, is designing the new SC exhibition. Together with three other sites, the SC will be open to visitors by September 2013 in time for the CERN Open Day.