Works accelerate when the LHC sleeps 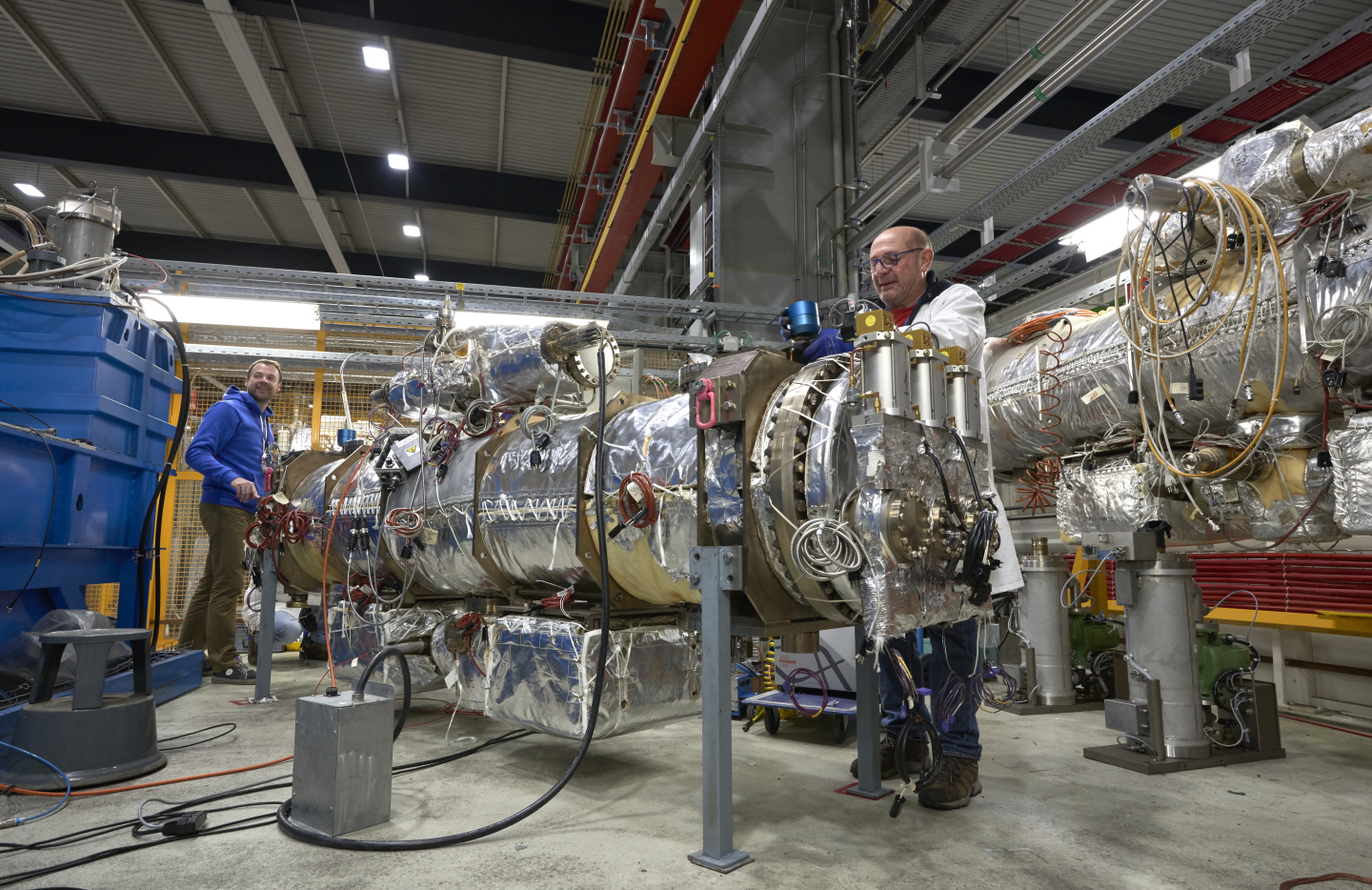 An improved kicker magnet being prepared on Prevessin site. It will be installed at point 8 of the LHC to improve performance during the injection of particles. (Image: Maximilien Brice/CERN)

Since 4 December, the teams have been piling into the LHC for the year-end technical stop (YETS), which will last until 9 March. Five hundred people from all the technical departments and working for various contractors have sprung into action to maintain, repair and upgrade the huge accelerator.

One of the first jobs was to empty the accelerator of its 120 tonnes of helium in order to avoid any gas losses. The helium was stored on the surface or sent back to the suppliers.

Meanwhile, the first work began. This year, the shutdown is mainly focused on maintenance work, in particular on the cooling, ventilation, cryogenics and electrical supply systems (involving the EN-CV, EN-EL and TE-CRG groups). An extensive programme of electrical safety tests is also in progress.

Larger scale renovation and upgrade activities are also planned. Some of these relate to the preparation of the machine and its infrastructure for the High Luminosity LHC (HL-LHC).

One such example is the two new wire collimators being installed at Point 1. These collimators, known as TCTW (target collimator tertiary wire), include, as their name suggests, a wire that, when supplied with a current, generates an electromagnetic field to compensate for long-range beam-beam effects. These disturbances can result in limitations to the performance of the LHC and HL-LHC. Two collimators of this type were already installed at Point 5 during the extended year-end technical stop (EYETS) at the start of 2017 and were successfully tested last summer. A crystal collimator will also be installed at Point 7.

An upgraded kicker magnet will be installed at Point 8 (see the photo at the top of the article). This is one of the eight magnets used to inject the beams into the LHC at Points 2 and 8. A special coating has been applied to the inner wall of the ceramic pipe of the magnet in order to limit the increase in pressure at the start of the operation with beam. This increase in pressure can cause electrical sparking. In addition, changes have been made to the design to reduce the amount of heating, which represents a vital improvement for the High-Luminosity LHC. The new magnet will be tested during 2018 to validate its design.

Other important activities are taking place to consolidate the infrastructure, such as the installation of a new lift at Point 8, in the framework of the ongoing replacement of all the lifts at the LHC, as well as work on an overhead crane at Point 4, improvements to the electrical systems at Point 6 and consolidation of the cooling system for the beam dump. The beam control systems are also being updated. The Beam Instrumentation (BE-BI) group is carrying out important consolidation work at Point 4. All of this work involves other groups, in particular the Vacuum group, which is having to open the vacuum sectors to replace equipment, and the surveyors team, which must correctly align the equipment.