Arts at CERN: A transformative immersion

After their three-month residency at CERN in the framework of the Arts at CERN programme, Anne Sylvie Henchoz and Julie Lang have produced an artwork that explores the relationship between humanity, art and science 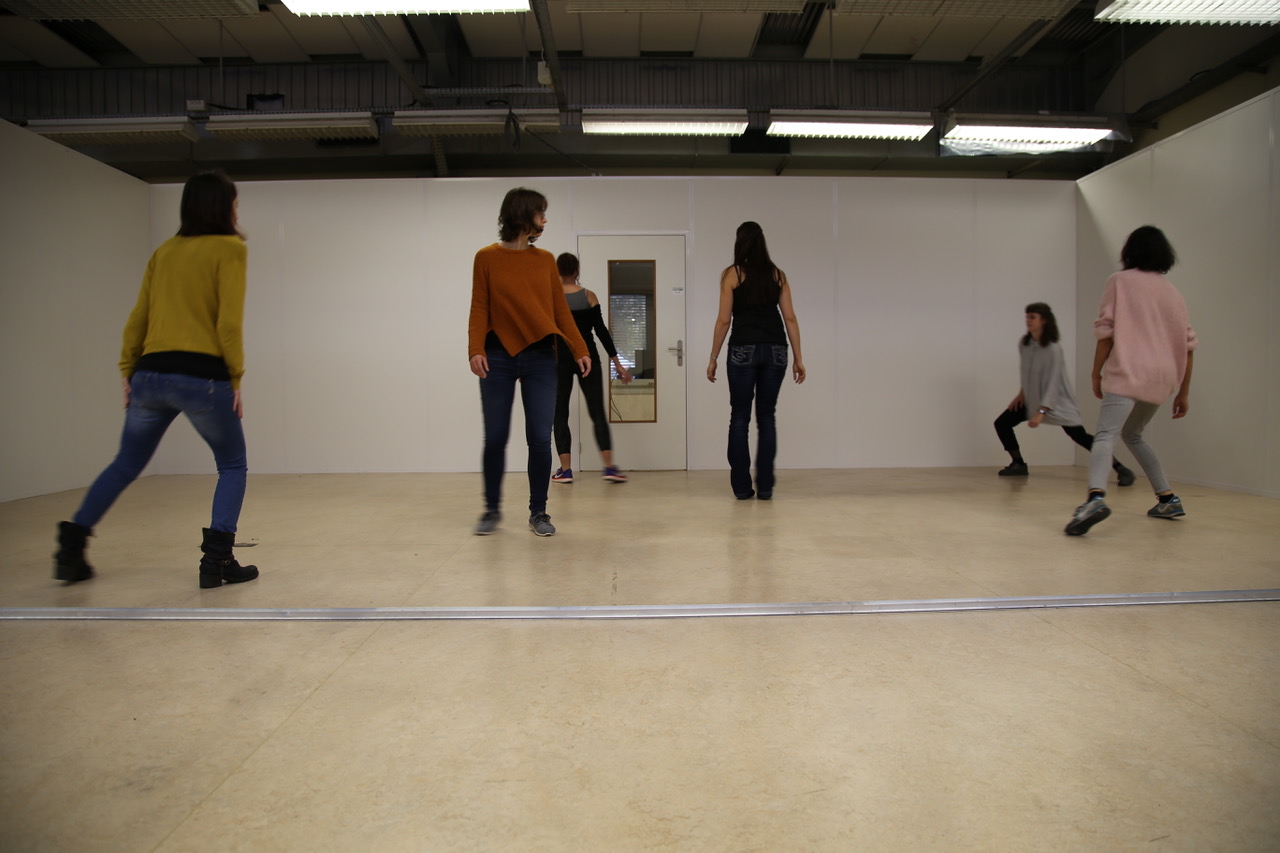 “We immersed ourselves. We probed the scientific world. We listened to scientists without any preconceived ideas.” This is how Anne Sylvie Henchoz, an artist working in various media, describes the residency at CERN that she shared with Julie Lang, an art history and sociology researcher from the University of Lausanne. The two women won the Collide Genève 2018 prize, run by Arts at CERN in collaboration with the Republic and Canton of Geneva and the City of Geneva, which aims to encourage artistic expression in the context of fundamental research.

Prior to October 2018, CERN was somewhere “not far away, but a complete unknown all the same” for Geneva resident Anne Sylvie, and “a totally mysterious universe” for Julie, who lives in Vaud. But a few weeks at CERN were enough to transform the pair into science enthusiasts. “The meetings we had were the key to understanding this universe,” explains Julie. “The worldviews of some of the scientists resonated with our respective backgrounds in an intense and unexpected way. We didn’t just try to get to grips with the science, we tried to understand the people and their visions.”

After an initial exploratory phase, the artist and the researcher set up meetings with various women at CERN, notably Sarah Anne Aretz (Beamline for Schools, CERN), Ana Barbara Rodrigues Cavalcante (EPFL), Francesca Giovacchini (AMS-02 Experiment), Claire Lee (ATLAS), Antonella Del Rosso (ECO-CERN) and Tamara Vazquez Schroeder (ATLAS). “From the outside, CERN seems quite homogeneous but on the inside you discover that it has many different facets and you discover questions being asked about the world and the universe that are very similar to our own,” observes Julie.

The third and final month of the residency was devoted to production. “We created a conversation around the plural notion of ‘temporality’, which we developed in a philosophical, poetic and scientific way,” explains Anne Sylvie. “It was a three-way conversation, a trio between Tamara Vazquez Schroeder, Claire Lee and Julie, incorporating body movements, which we filmed in SMA18, a technical maintenance hall that we found very cinematographic.” The result is an art installation that will be exhibited in Rio de Janeiro in a few weeks’ time: “We did a lot of research to put together, conceptualise and stage these encounters, and focused on the points that made the greatest impression on us. The installation will use three different forms of projection and the sound production is particularly unusual.”

The two women’s residency at CERN has made such an impression on them that it now influences all their work “as is always the case when the interactions are so intense”.