A member of CERN staff spotted the baby bird near a car in the Building 40 carpark, it is now homed with the centre for bird rescue 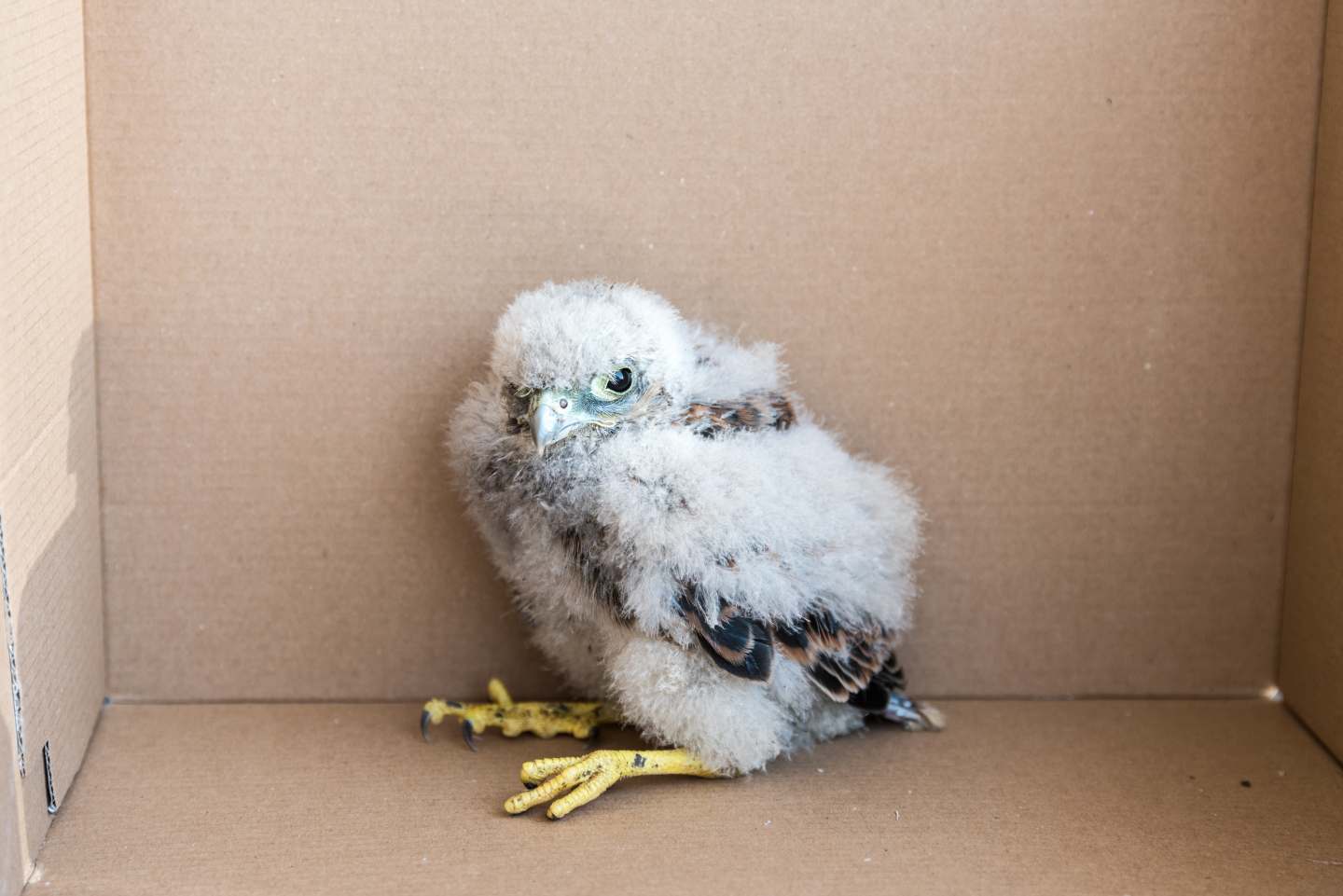 The falcon chick was found in a car park (Image: Sophia Bennett/CERN)

This baby falcon was found on Tuesday, 7 June near a car parked in the Building 40 carpark. Connie Potter, who first saw the bird, contacted CRR (Centre de Readapation des Rapaces) at Bardonnex. Following their advice Connie and Chris Thomas managed to pick it up and get it into a box, and waited with the bird at the main gate for the CRR to collect it.

The chick will be fed and trained to fly at the Centre in a tunnel, and ultimately released into the wild, probably near CERN. The bird, who has been tagged with ID number 2054, weighed 119 grams.

See horse-logging in action at CERN