Beamline for Schools 2016: how to be a CERN scientist 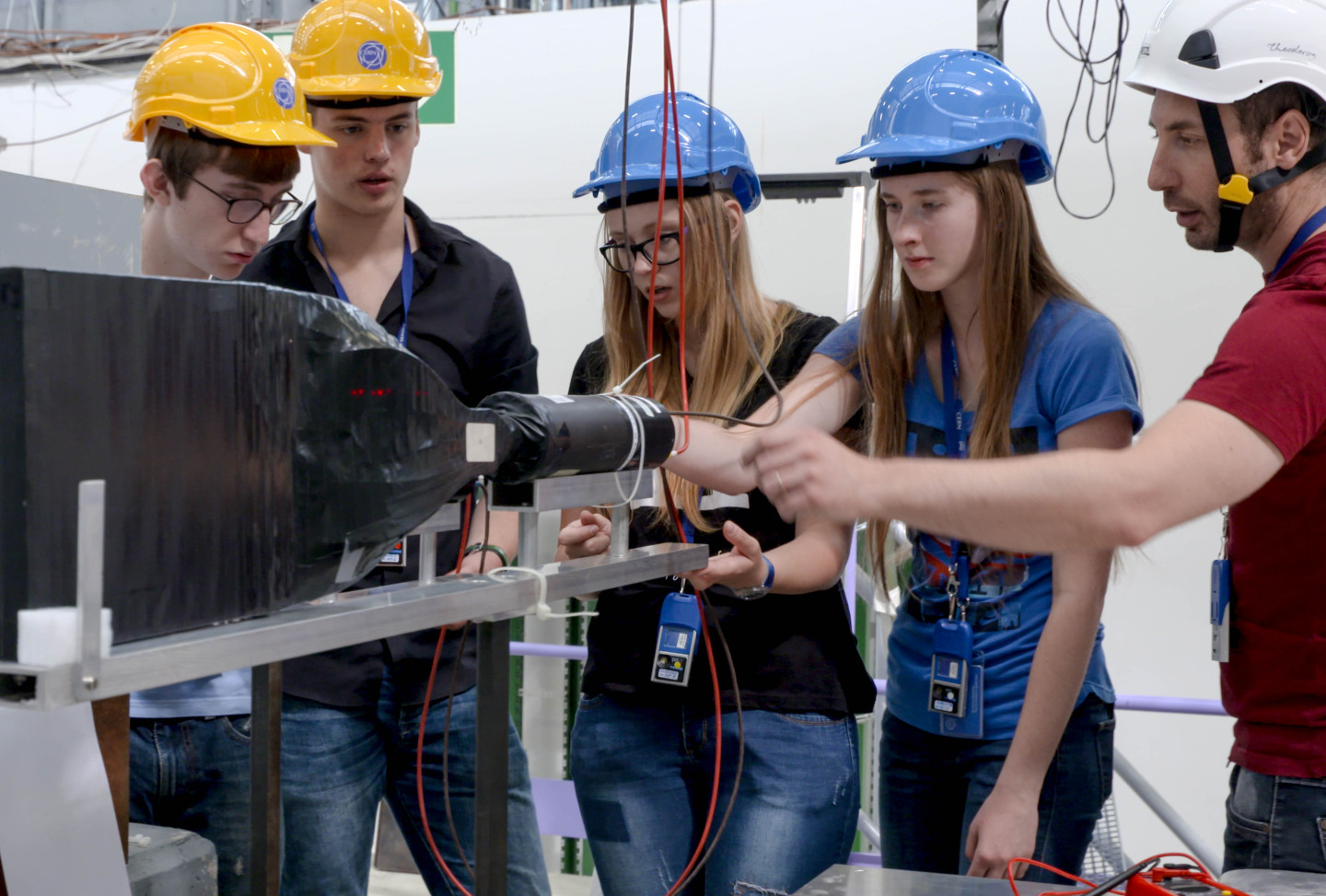 Two teams of high-school students from the UK and Poland had the opportunity to conduct their own experiments at a fully equipped CERN beamline, after winning the Beamline for Schools competition.

The teams, ”Pyramid Hunters” from Poland and “Relatively Special” from the United Kingdom, spent 10 days at CERN conducting the experiments they had dreamt up in their winning proposals.

The Beamline for Schools competition gives high-school students the chance to run an experiment on a fully equipped CERN beamline, in the same way researchers do at the Large Hadron Collider and other CERN facilities every day.

To know more about their stay at CERN and the experiments they’ve conducted, read the full article here.

For their first day at CERN, 16 youngsters spent the day learning about safety.  The students were so driven to start performing their experiments that they couldn’t wait to jump straight into the East Area. But they learned that, besides the exciting experience of doing an experiment here, one must never forget to be safe. “Safety first” is our motto, indeed.

In the morning, they listened to presentations on safety hazards and computer security and also followed e-learning courses at the Technical Training Centre. They spent the afternoon at the Safety Training Centre in Prevessin. There, they visited the mock-up LHC tunnel and participated in classroom-based courses about cryogenic safety and fire extinguishers. Can you guess what they enjoyed the most?

Ewa, from the Polish team, says she learnt a lot about fires and how they spread. She feels safer now. “We were told about safety procedures and how nothing happens to you if you follow them,” she explains.

Being able to use a fire extinguisher properly is something that could come in handy in our daily life too, unlike handling cryogenic fluids. “The topic of cryogenic safety was covered in such a way that it wasn’t complex for me to understand,” explains Timothy, another member of the UK team. He was extremely impressed by the course and by seeing the liquid air droplets bursting into sparks, so as to explain the hazard related to oxygen enriched air. “It was very interesting and made me understand the danger and the importance of being properly trained”.