At UNESCO headquarters in Paris today, CERN and UNESCO are celebrating 60 years of science for peace. Watch the webcast 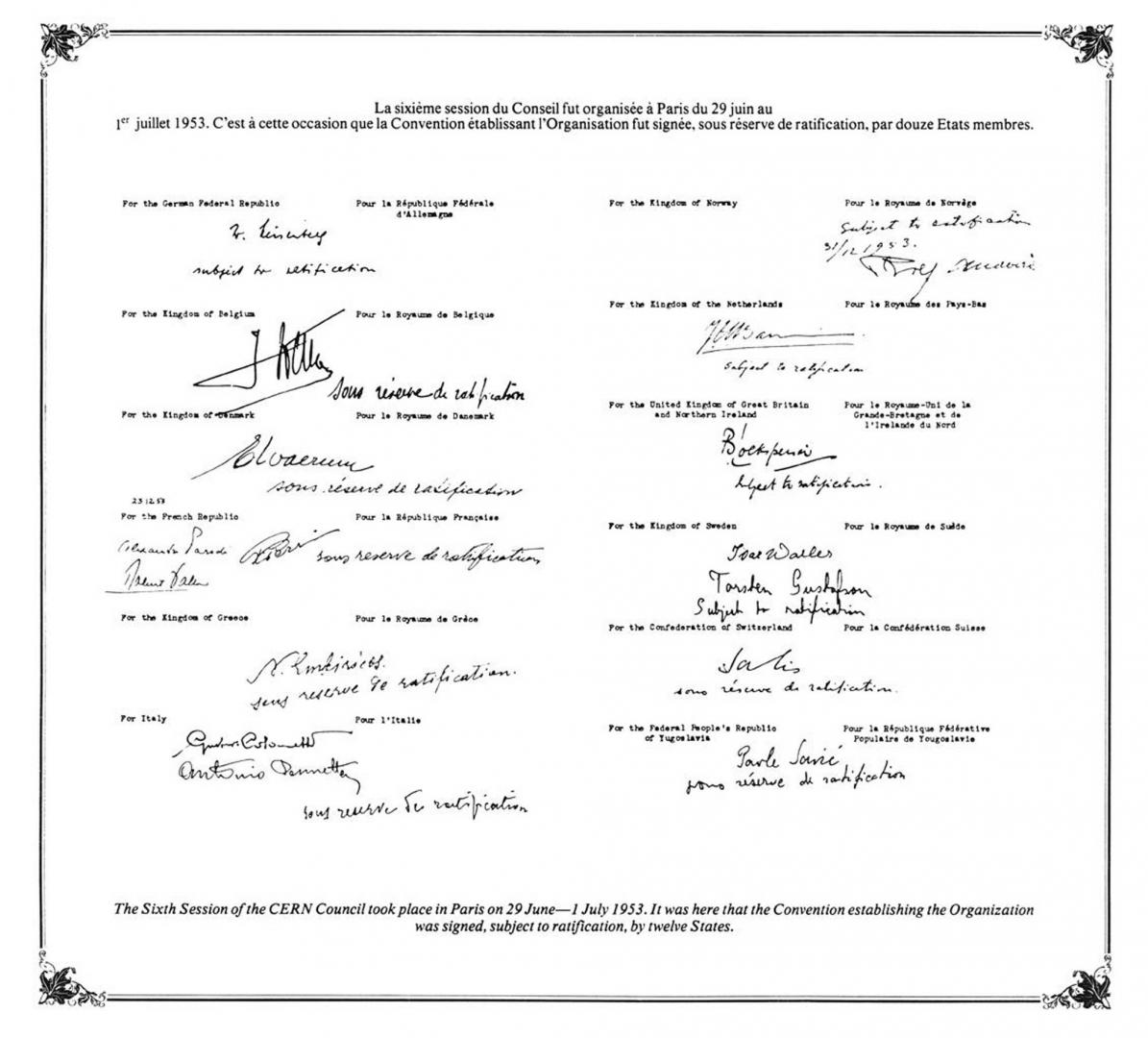 The sixth session of the CERN Council took place in Paris, from 29 June to 1 July 1953. It was here that the Convention establishing CERN was signed, subject to ratification, by 12 states (Image: CERN)

At a ceremony today at UNESCO headquarters in Paris, France, CERN and UNESCO are commemorating the signature of the CERN Convention and the subsequent 60 years of science for peace.

On 1 July 1953 in Paris, under the auspices of UNESCO, 12 founding member states signed the Convention that led, in 1954, to the establishment of the European Organization for Nuclear Research.

The Convention entered into force on 29 September 1954, the official date of the Laboratory’s foundation. CERN was created with a view to relaunching fundamental research in Europe in the aftermath of the Second World War and 60 years on it has become one of the world’s most successful examples of scientific collaboration. For 60 years, CERN has brought together scientists from all around the globe and has provided society with numerous benefits through research, innovation and education.

Roundtable discussion on “Science for Peace”, moderated by Katya Adler, a renowned journalist.

This event has been organised within the framework of #CERN60 events. In 2014, CERN is celebrating 60 years of science for peace.