At its 173rd Closed Session today, CERN Council selected the Italian physicist, Dr Fabiola Gianotti, as the Organization’s next Director-General 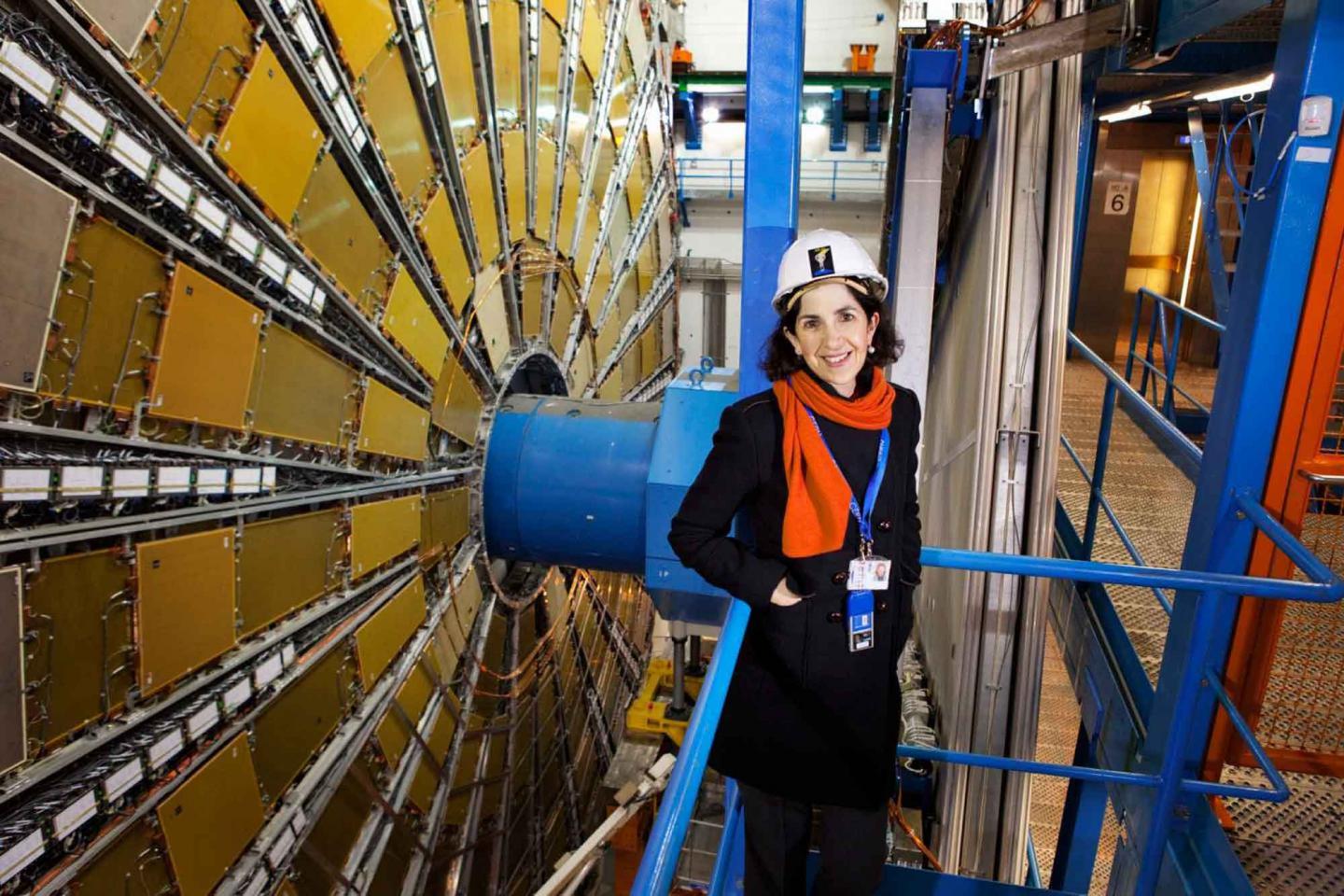 Fabiola Gianotti, pictured here at the ATLAS detector, will be CERN's next Director-General. Her five-year mandate will begin on 1 January 2016 (Image: Claudia Marcelloni/CERN)

At its 173rd Closed Session today, CERN Council selected the Italian physicist, Dr Fabiola Gianotti, as the Organization’s next Director-General. The appointment will be formalised at the December session of Council, and Dr Gianotti’s mandate will begin on 1 January 2016 and run for a period of five years. Council rapidly converged in favour of Dr Gianotti.

“We were extremely impressed with all three candidates put forward by the search committee,” said President of Council Agnieszka Zalewska. “It was Dr Gianotti’s vision for CERN’s future as a world leading accelerator laboratory, coupled with her in-depth knowledge of both CERN and the field of experimental particle physics that led us to this outcome. I would like to thank all the candidates for giving Council such a hard decision to make, and the search committee for all its hard work over recent months.”

“Fabiola Gianotti is an excellent choice to be my successor,” said CERN Director-General Rolf Heuer. “It has been a pleasure to work with her for many years. I look forward to continuing to work with her through the transition year of 2015, and am confident that CERN will be in very good hands.”

“It is a great honour and responsibility for me to be selected as the next CERN Director-General following 15 outstanding predecessors,” said Dr Gianotti. “CERN is a centre of scientific excellence, and a source of pride and inspiration for physicists from all over the world. CERN is also a cradle for technology and innovation, a fount of knowledge and education, and a shining, concrete example of worldwide scientific cooperation and peace. It is the combination of these four assets that renders CERN so unique, a place that makes better scientists and better people. I will fully engage myself to maintain CERN’s excellence in all its attributes, with the help of everybody, including CERN Council, staff and users from all over the world.”

Dr Gianotti was leader of the ATLAS experiment collaboration from March 2009 to February 2013, covering the period in which the LHC experiments ATLAS and CMS announced the long-awaited discovery of the so-called Higgs boson, recognised by the award of the Nobel Prize to François Englert and Peter Higgs in 2013. She is a member of many international committees, and has received many prestigious awards. She will be the first woman to hold the position of CERN Director-General.

A press conference will be held at CERN’s Globe of Science and Innovation this afternoon at 3pm CET, at which Dr Gianotti will be joined by the President of CERN Council and the CERN Director-General. It will be webcast.