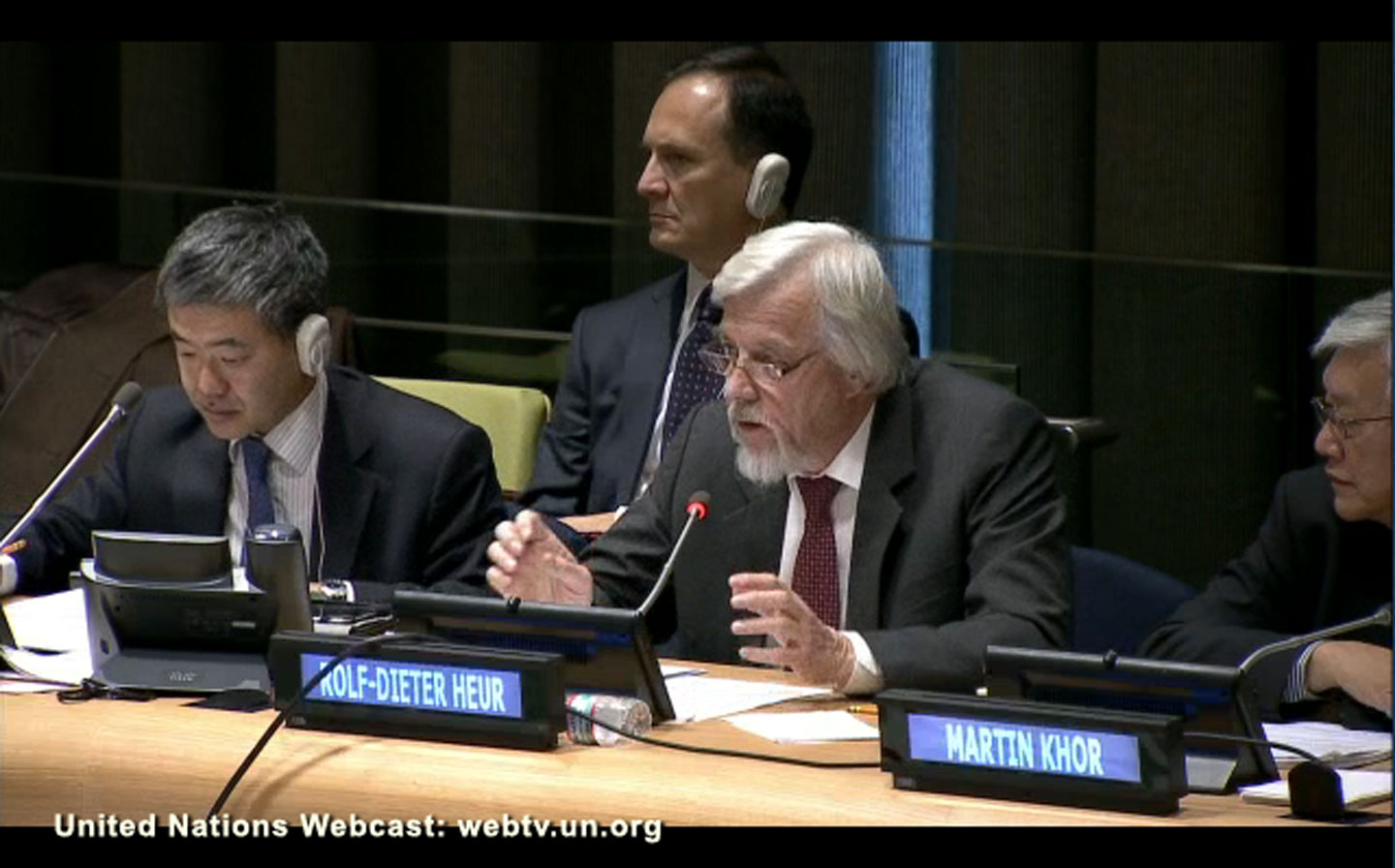 On Monday 9 December CERN’s Director-General Rolf Heuer was in New York to give input to the United Nations’ sustainable development planning. This process aims to provide new Sustainable Development Goals, SDGs, to follow on from the Millennium Development Goals.

In his submission to the UN Open Working Group on Sustainable Development Goals, Professor Heuer focussed on the need for sustained and ring-fenced support for scientific research, and education in the so-called STEM subjects of science, technology, engineering and mathematics. He also pointed out that while applied R&D is frequently carried out in the private sector, the public sector needs to guarantee the fundamental science base, since basic and applied science are linked in a virtuous circle: from basic science springs applied research, which not only brings benefit to society, but also delivers more powerful tools back to basic research.

The UN Open Working Group on Sustainable Development Goals is composed of country representatives and is currently in the information-gathering phase. It will hear submissions from representatives of all sectors of society up to February 2014. Then, in September next year, the UN Secretary-General will present the SDGs for consideration by the UN General Assembly with a view to adoption in 2015.