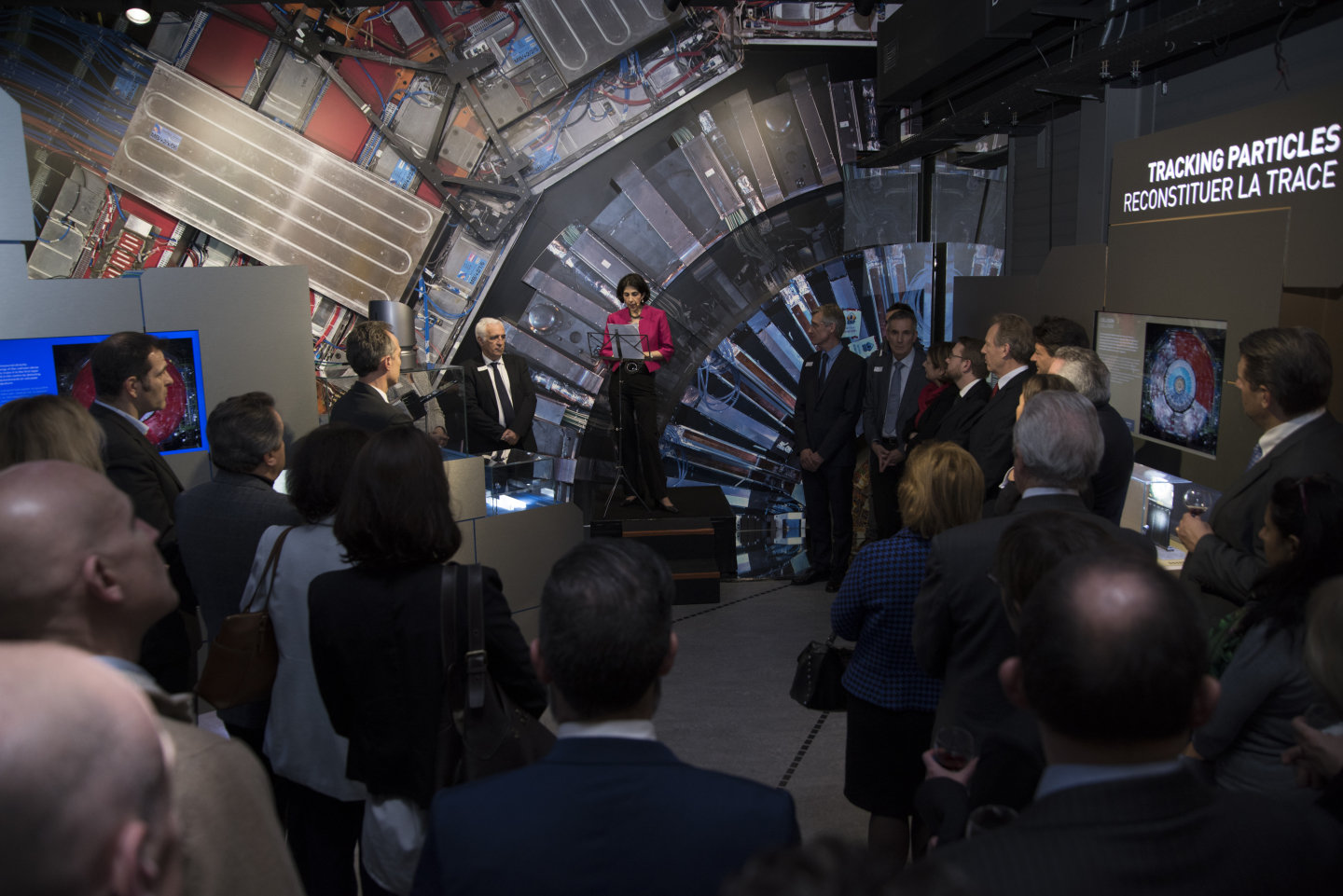 In one of her first official duties as CERN Director General, Fabiola Gianotti met representatives of CERN’s local communities and international Geneva in Microcosm on Thursday evening to wish them a Happy New Year 2016, and to express thanks for their support. This ceremony continues a long-standing tradition, reflecting CERN’s important position in the Geneva region. The event also offers an opportunity for local representatives from both sides of the border to meet members of Geneva’s international community, and it is an occasion for CERN to nourish the relationship it enjoys with its host region.

This year, the first of a new mandate, a series of round tables will be organised with the aim of better understanding CERN’s relationship with its host region, and identifying tangible actions to further cement that relationship. This process takes forward an on-going engagement through which CERN has developed scientific tourism in the region, and engaged with school children at the primary level before they make the first choices that determine their future careers.

With over 100,000 public visitors a year, CERN is a key actor in scientific tourism. We have further developed a series of information platforms around the LHC with the title Passport to the Big Bang. In terms of primary education, a programme developed in partnership with the French Education Ministry, Geneva’s Education Department and Geneva University has turned hundreds of local children into budding scientists and been deployed as far afield as Latin America. CERN now looks forward to strengthening this interaction with the neighbouring region, and with visitors from across the world to shape the scientists and citizens of tomorrow.

CERN at the World Economic Forum