Physicists at the European Laboratory for Particle Physics announced today that an invisible Force permeates the universe, binding the galaxy together 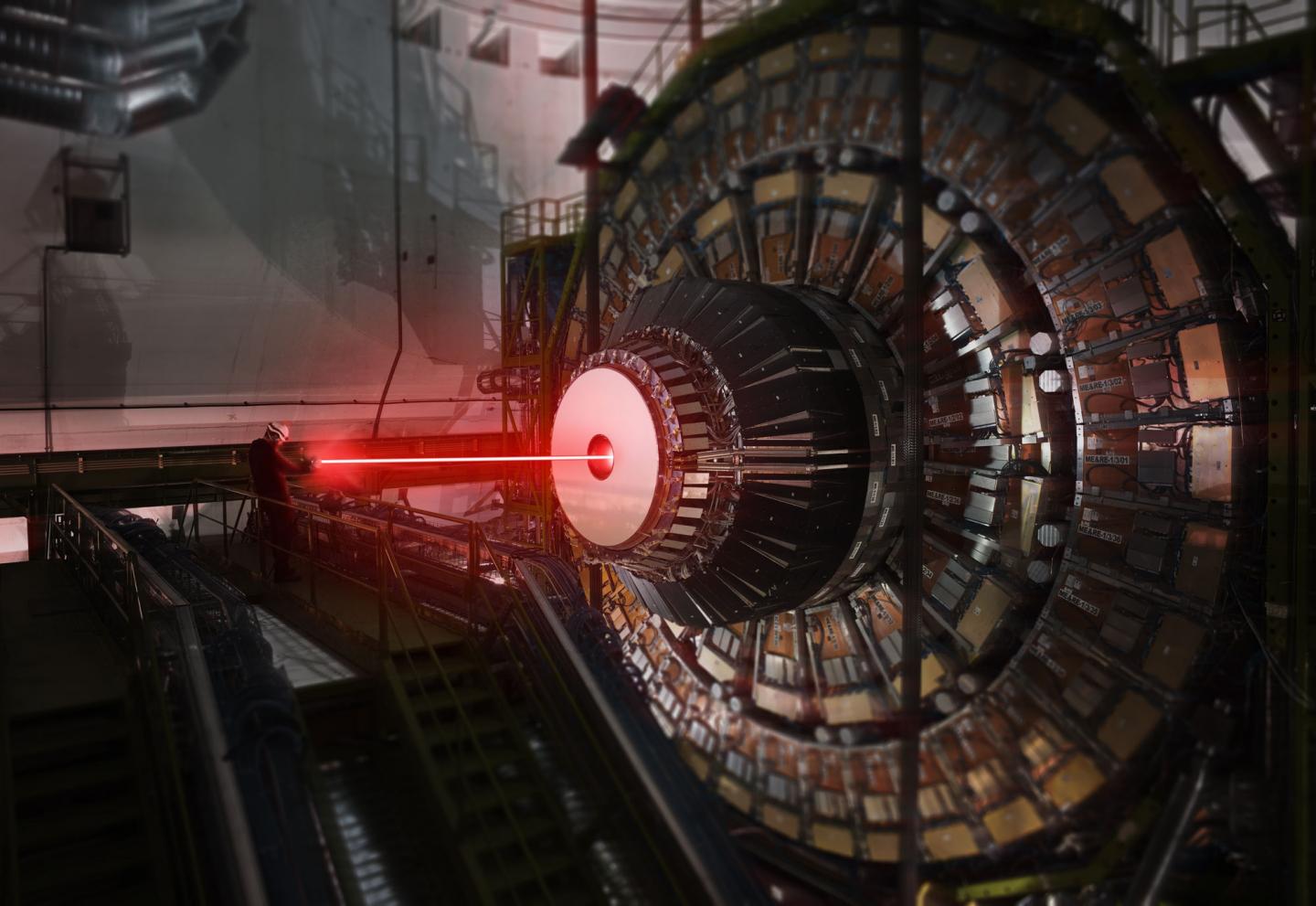 The Force has proven a popular research tool for the CERN beams department (Image: Max Brice and Daniel Dominguez/CERN)

Researchers at the Large Hadron Collider just recently started testing the accelerator for running at the higher energy of 13 TeV, and already they have found new insights into the fundamental structure of the universe. Though four fundamental forces  – the strong force, the weak force, the electromagnetic force and gravity – have been well documented and confirmed in experiments over the years, CERN announced today the first unequivocal evidence for the Force. “Very impressive, this result is,” said a diminutive green spokesperson for the laboratory.

“The Force is what gives a particle physicist his powers,” said CERN theorist Ben Kenobi of the University of Mos Eisley, Tatooine. “It’s an energy field created by all living things. It surrounds us; and penetrates us; it binds the galaxy together.”

Though researchers are as yet unsure what exactly causes the Force, students and professors at the laboratory have already started to harness its power. Practical applications so far include long-distance communication, influencing minds, and lifting heavy things out of swamps.

Kenobi says he first started teaching the ways of the Force to a young lady who was having trouble revising for her particle-physics exams. "She said that I was her only hope," says Kenobi. "So I just kinda took it from there. I designed an experiment to detect the Force, and passed on my knowledge."

Kenobi's seminal paper "May the Force be with EU" – a strong argument that his experiment should be built in Europe – persuaded the CERN Council to finance the installation of dozens of new R2 units for the CERN data centre*. These plucky little droids are helping physicists to cope with the flood of data from the laboratory's latest experiment, the Thermodynamic Injection Energy (TIE) detector, recently installed at the LHC.

"We're very pleased with this new addition to CERN's accelerator complex," said data analyst Luke Daniels of human-cyborg relations. "The TIE detector has provided us with plenty of action, and what's more it makes a really cool sound when the beams shoot out of it."

But the research community is divided over the discovery. Dark-matter researcher Dave Vader was unimpressed, breathing heavily in disgust throughout the press conference announcing the results, and dismissing the cosmological implications of the Force with the quip "Asteroids do not concern me".

Rumours are growing that this rogue researcher hopes to delve into the Dark Side of the Standard Model, and could even build his own research station some day. With the academic community split, many are tempted by Vader's invitations to study the Dark Side, especially researchers working with red lasers, and anyone really with an evil streak who looks good in dark robes.

"We hope to continue to study the Force, and perhaps use it to open doors with our minds and fly around and stuff," said TIE experimentalist Fan Buoi. "Right now, to be honest, I don't really care how it works. The theory department have some crackpot idea about life forms called midi-chlorians, but frankly I think that poorly thought out explanations like that just detract from how cool the Force really is."

With the research ongoing, many at CERN are already predicting that the Force will awaken later this year.

*Sources close to the Data Centre later revealed that these were not the droids they were looking for.
April Fools' Day