CERN: the star of the Automnales

Pass on CERN’s passion for science at Geneva’s Automnales fair, where the Laboratory will be the guest of honour. 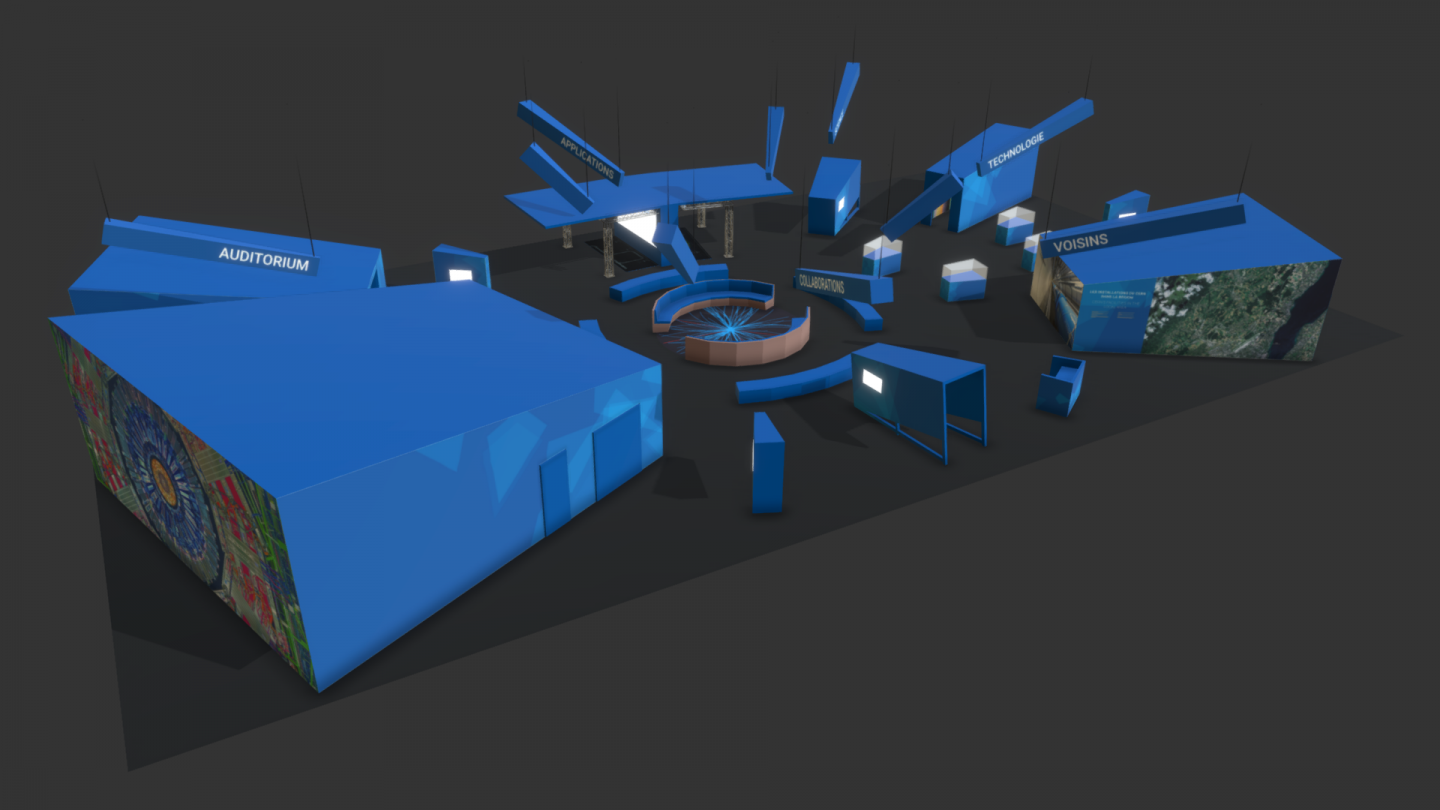 View of the CERN stand at the Automnales. (Image: Daniel Dominguez/CERN)

Grab your friends and neighbours and take a wander around the Automnales. In between tasting longeole sausage and watching a demonstration of amazing kitchen gadgets, introduce them to CERN. This year, CERN is the guest of honour at Geneva’s huge local fair, which will take place at Palexpo from 10 to 19 November. It’s an opportunity for us to present CERN to people who would never have thought of visiting the Laboratory otherwise.

The CERN stand, whose structure represents a particle collision, will consist of 1000 square metres of exhibits and activities. Your friends and family will have the chance to find out all about the particle physics adventure and to meet researchers and other CERN personnel. All aspects of fundamental research and its applications will be presented using exhibits, activities, films, quizzes and even virtual reality headsets.

Everyone, regardless of their age or previous knowledge, will find activities to suit them. No fewer than 160 volunteers from CERN have offered to give their time to introduce the Laboratory to the 150 000 people expected to visit the fair.

The theme of this year’s Automnales is “Passionately!” That’s very appropriate, since scientific research is a fascinating field driven by passionate people. Come and share that passion at our stand!

A limited number of invitations will be available for pick-up from Thursday 9 November at the Reception in building 33.
Maximum 5 per person, while stock lasts.

The CERN stand will be located in Hall 1 and will offer a wide range of activities.

Film screenings (The programme will be shown on-screen. Free of charge, no reservation required.)