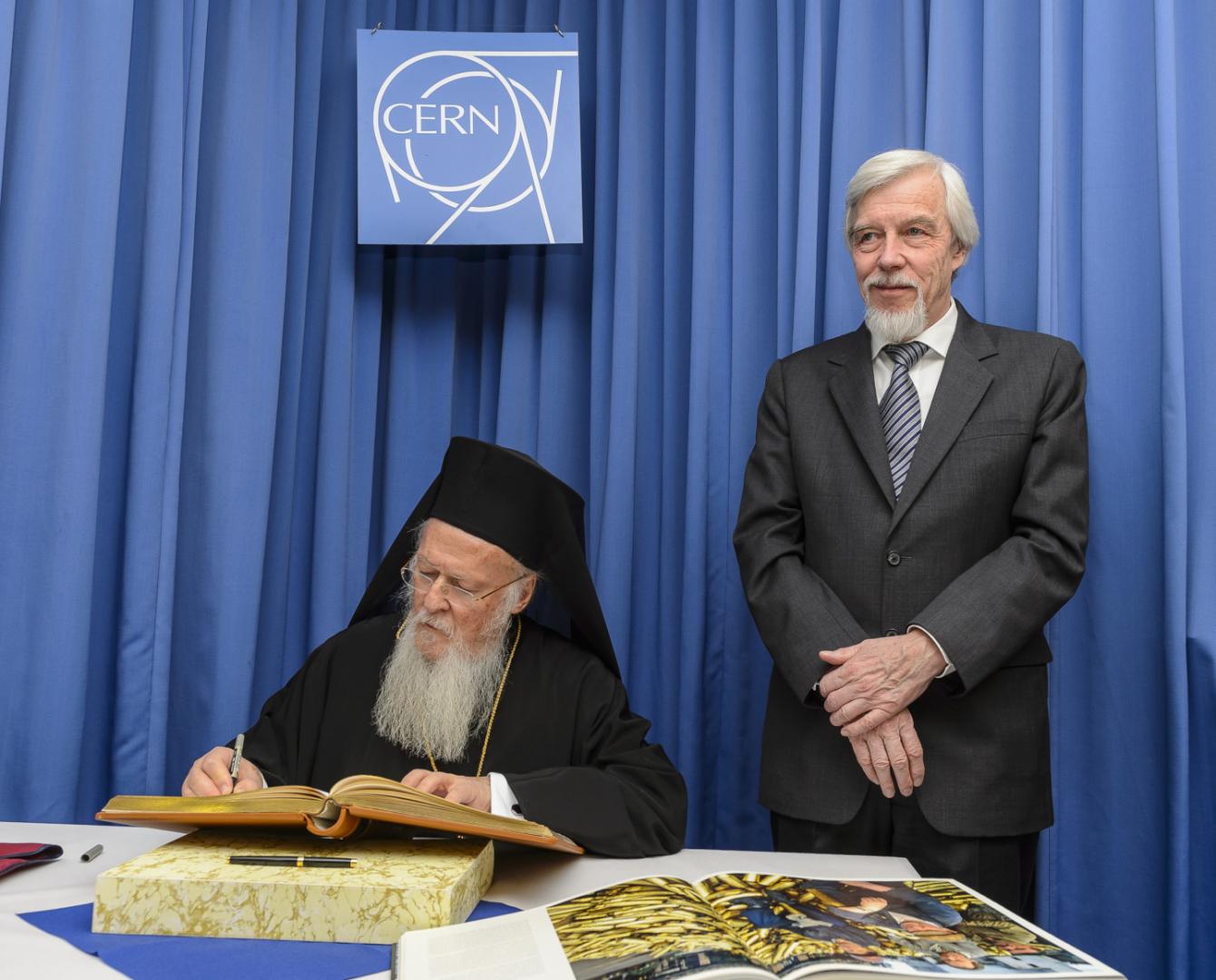 His All-Holiness Ecumenical Patriarch Bartholomew and his entourage visited the CMS experiment before meeting a group of international scientists led by CERN Director-General Rolf Heuer. H.A.H Bartholomew came to Geneva primarily to visit CERN making it the first visit of an Ecumenical Patriarch. An interest in CERN arose from recent discussions held with Emmanuel Tsesmelis – a CERN scientist and Deputy Head of International Relations – on the subject of science and religion.

During the visit, H.A.H Bartholomew addressed the interface of science and religion with the aim of discussing a common vision and vocabulary.  “It is indeed a unique honour and privilege to be among you at this prestigious international centre for nuclear and broader scientific research,” said H.A.H Bartholomew. “In our own humble opinion, the Orthodox Christian approach to creation is not irreconcilable with scientific theories about the origin of the universe.”

“We have a common vision, religion and science are both looking for the origin of the universe,” confirmed Rolf Heuer before inviting H.A.H Bartholomew to sign the CERN guest book, as is tradition.

The President of Croatia visits CERN