In a ceremony on 24 March, the 2013 Edinburgh Medal was awarded to Peter Higgs and CERN 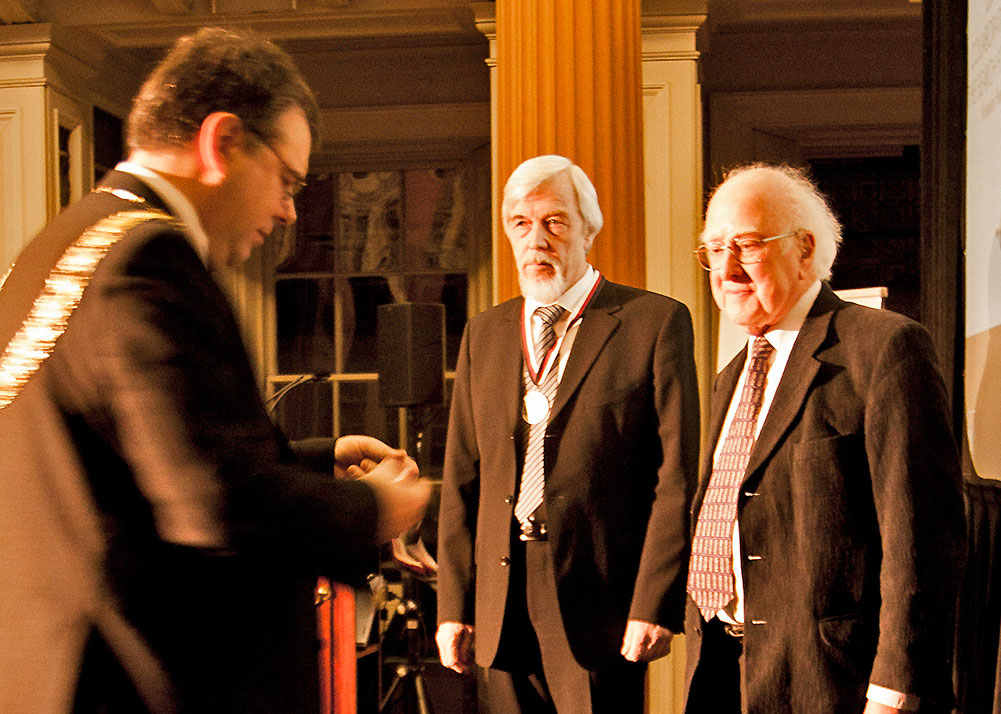 In a ceremony on 24 March, the 2013 Edinburgh Medal was awarded to Peter Higgs and CERN. The Director-General received the medal on behalf of CERN [See video].

The Edinburgh Medal, now in its 25th year, is awarded by the Edinburgh International Science Festival to scientists whose achievements have made a significant contribution to the understanding and well-being of humanity.

The first Edinburgh Medal was awarded to Abdus Salam who received the Nobel prize in physics for theoretical work that became a fundamental part of the Standard Model of particles and forces. Salam’s work incorporated what is now known as the Brout-Englert-Higgs mechanism, which gives mass to elementary particles. The mechanism introduced a new field, which like all fundamental fields has an associated particle, in this case called the Higgs boson.

This year the award comes full circle, being awarded to Higgs and to CERN, where the ATLAS and CMS experiments at the Large Hadron Collider tracked down a particle last summer that look increasingly like a Higgs boson.