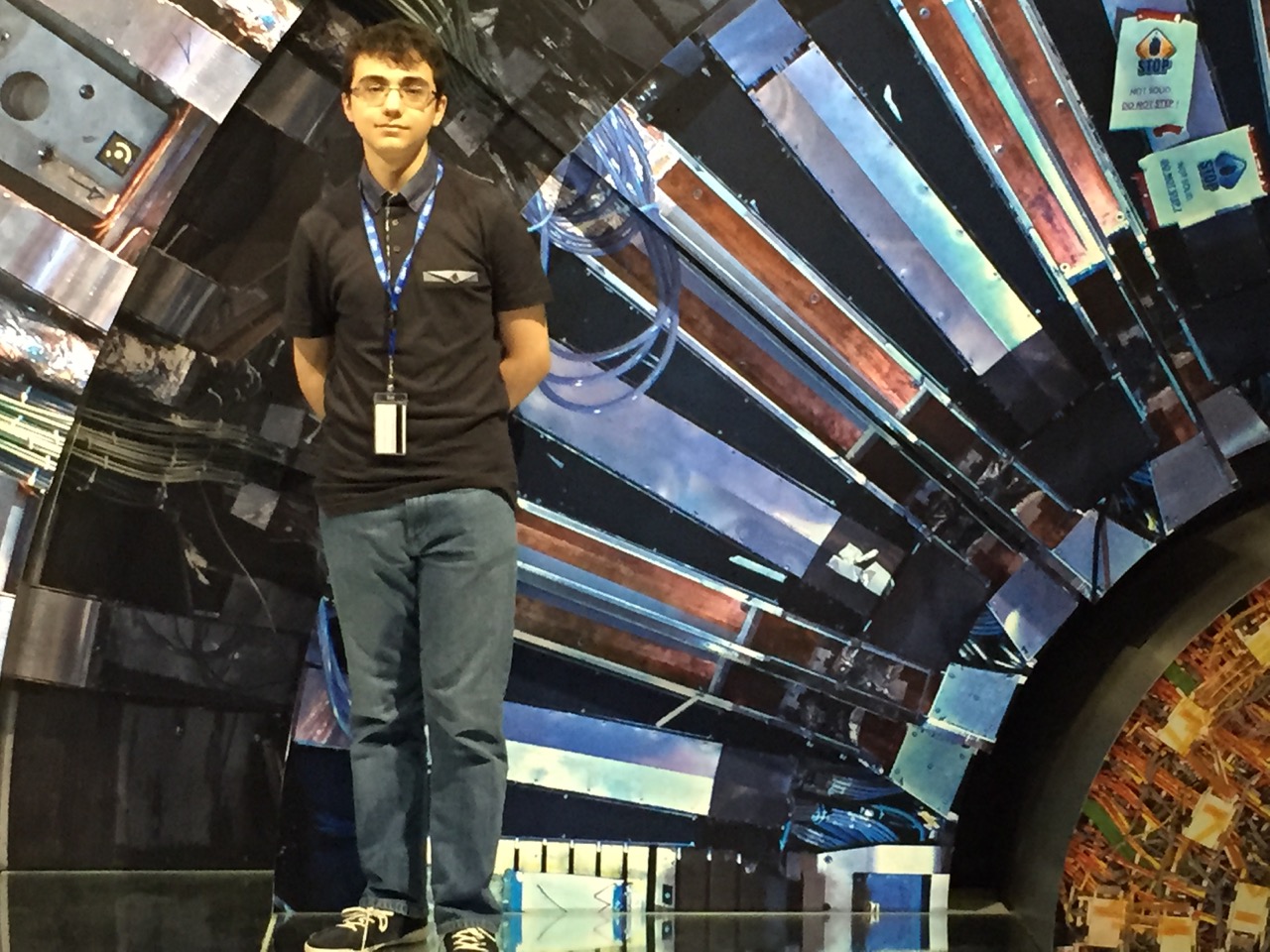 After winning both regional and national competitions in Turkey, 18-year-old student Baris Volkan Gürses competed against 169 young scientists and was awarded a visit to CERN by EIROforum for his physics project in EUCYS 2015.

His project, entitled “Generation of artificial gravity by using electrostatic force for prevention of muscle atrophy and osteoporosis occurring in gravity-free environments”, focused on the design of a mechanism to help with the impact of spaceflight on the human body.

“My objective was to eliminate the negative effects of a gravity-free environment on astronauts who stay in space for longer periods of time, like in the International Space Station,” explained Volkan.

“I designed a mechanism that would create an electric field and designed a suit to be worn by the astronauts and a plate to be placed on the floor of the spacecraft.”

Using this mechanism, astronauts would have to use more force to overcome the pressure of the electric field and electrostatic force, thereby minimising the effects of low-gravity environments such as osteoporosis and muscle atrophy.

His stay at CERN comprised a visit to see experiments such as CMS, ATLAS, SM18, AMS, and CLIC first hand, a meeting at the Theory department and a trip to the Globe of Science and Innovation.

“You hear about CERN and the experiments in the news from a more distant perspective,” said Volkan. “But when you come here, there is a just seven-metre-thick wall between you and a world-renowned experiment. It was very exciting to be so close and see all the live data.”

EUCYS was established in 1989 to encourage the interests of potential future scientists and to foster collaboration between science and society.

Volkan will begin attending the Georgia Institute of Technology in the United States in autumn 2016 and aims to major in electrical engineering.