The European Molecular Biology Organization was founded in July 1964, with the aim of setting up a CERN for molecular biology 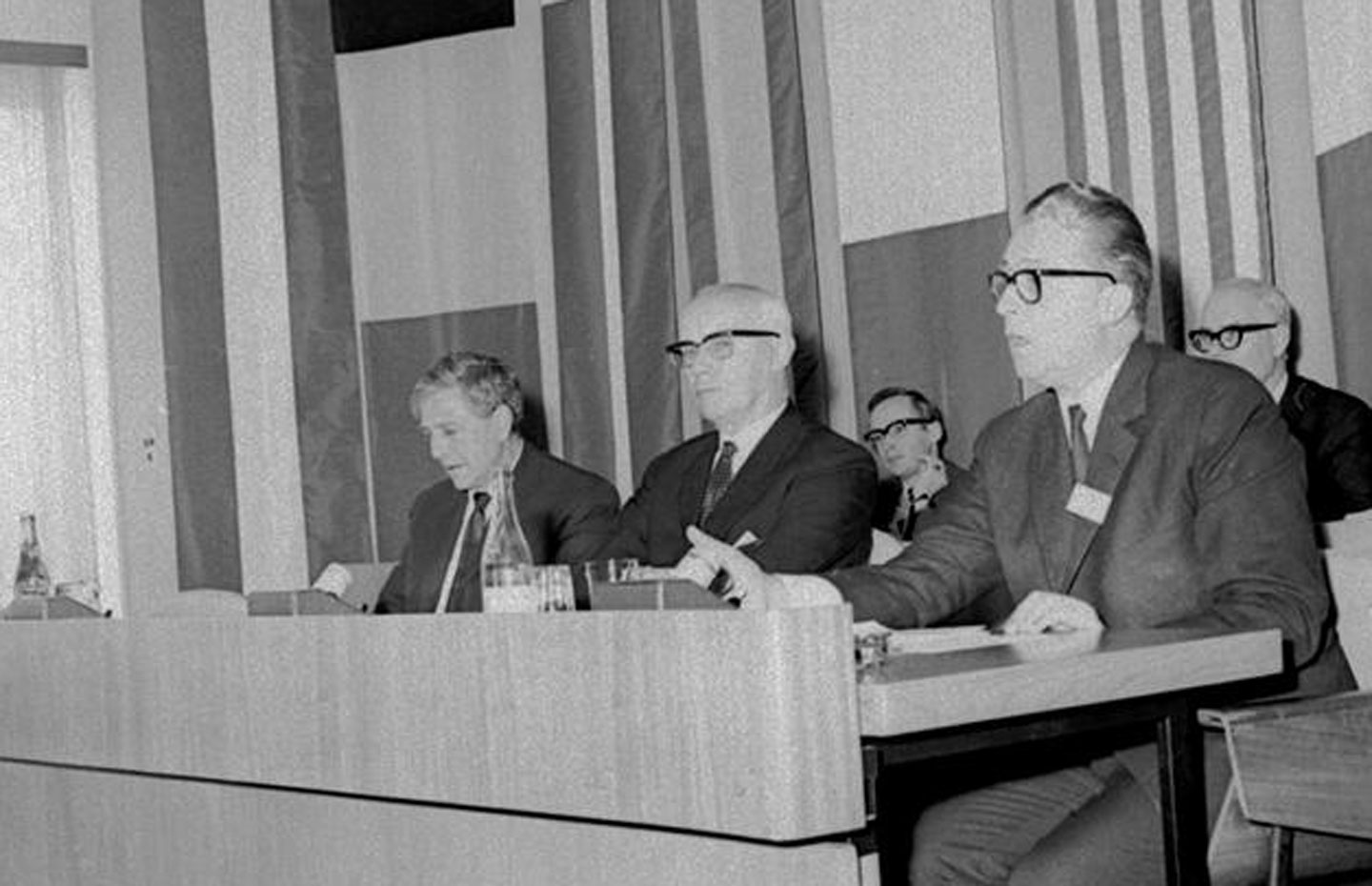 In July 1964, the European Molecular Biology Organization (EMBO) was registered as a non-profit organization in Geneva – its aim to promote molecular biology in Europe. The seeds of the new organization had been sown two years earlier in a meeting at CERN, between then Director-General Victor Weisskopf, and two influential microbiologists – 1962 Nobel laureates John Kendrew and James Watson. With initial funding from the Volkswagen Foundation, the fledging EMBO was able to employ a secretariat, elect members, provide fellowships, and run courses and workshops. Funding from national governments came nearly five years later, with the establishment of the European Molecular Biology Conference (EMBC) with 14 founding member states, which held its first meeting at CERN in February 1969 (See a press release from the time). On the way, representatives from 16 countries (the 13 member states and three observer states of CERN) attended a precursor meeting at CERN in 1967, which recommended that the European governments ensure the continuation and development of EMBO, and that EMBO should pursue studies into what might become a European Molecular Biology Laboratory (See press release).

Today EMBO has more than 1500 members – leading researchers who are elected on scientific merit and currently include 69 Nobel laureates. The organization fulﬁlled its second founding mandate in 1974 when the European Molecular Biology Laboratory (EMBL) was established in Heidelberg, Germany. At present, EMBL is supported by 21 member states, two associate member states and one prospective member state. CERN and EMBL are both partners in the EIROFORUM group of European scientific organizations, as well as in major projects such as Helix Nebula, which brings together leading IT providers with CERN, EMBL and ESA to chart a course towards sustainable cloud-computing services for the research communities.

XFELs in the study of biological structure

CERN, life science and the origins of life