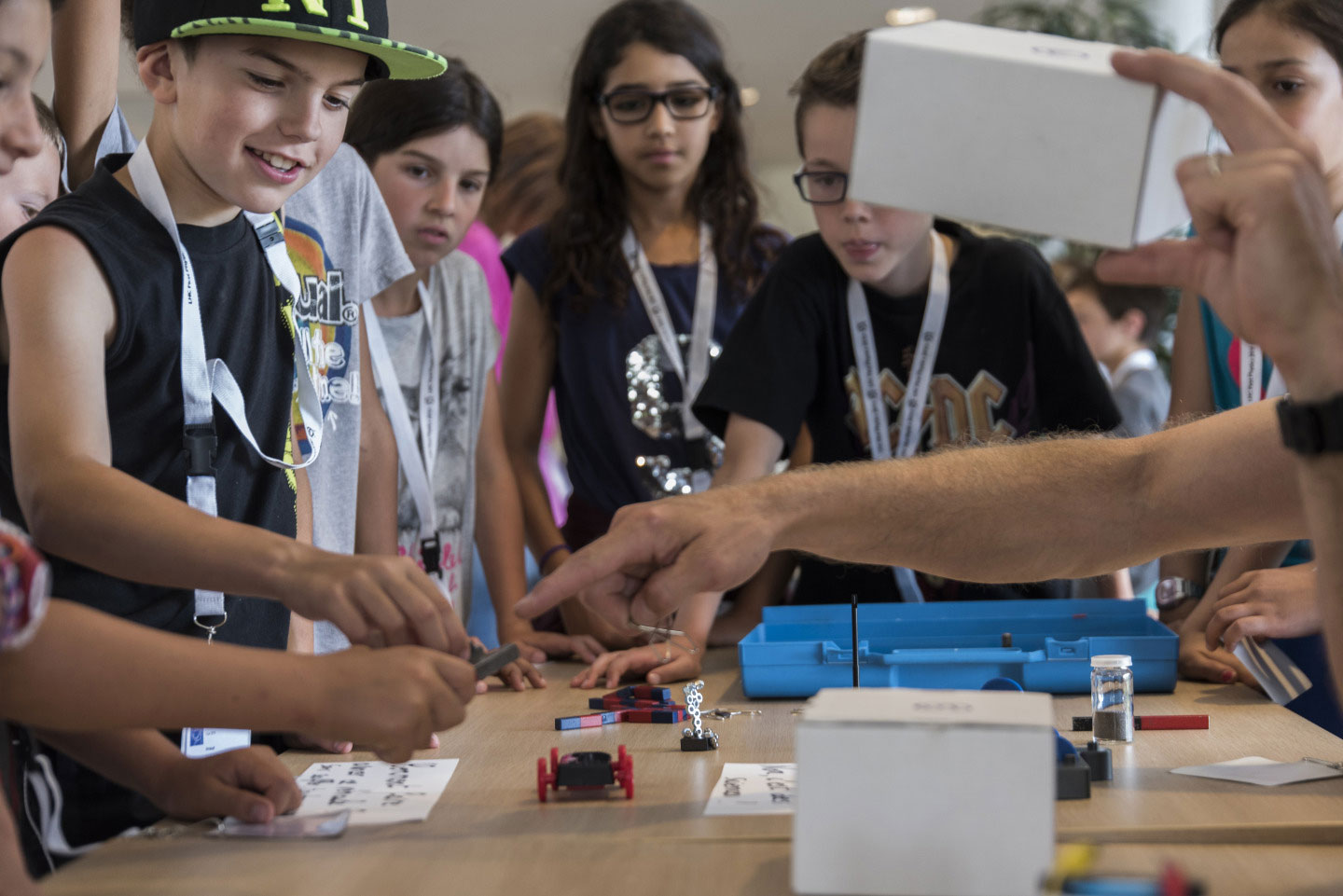 Children from schools in Ain, Haute-Savoie and Geneva presenting their findings at CERN (Image: Maximilien Brice)

This year, 33 classes in Geneva and neighbouring France participated in the "mystery box" project. The organizers of the "Be a scientist" programme provided the children with sealed boxes that contained various objects. Each class received a different box, and the organizers vary the boxes' contents from year to year. Some of this year’s objects were inspired by the International Year of Light and helped the children to explore this theme. Such objects included seeds grown with light, matches to produce light and many other objects.

The children proposed experiments, formed hypotheses, detailed their methods and drew conclusions to gather clues about what their box might contain. They also received additional hints such as X-rays. Once the boxes were opened, the children continued their research on the contents. For example, having discovered that their box contained seeds, children from Vaulx primary school planted them to see which types germinated best .

Throughout the day the children also participated in physics shows and presentations. The project was a great success and it continues to expand each year.

"Be a scientist" has been running every year since 2010 and is organised by CERN, the “PhysiScope” group and Faculty of Science and Education at the University of Geneva, and the education authorities in the Pays de Gex (Inspection académique de l’Ain) and Geneva (Département de l’instruction publique).

More information about the project