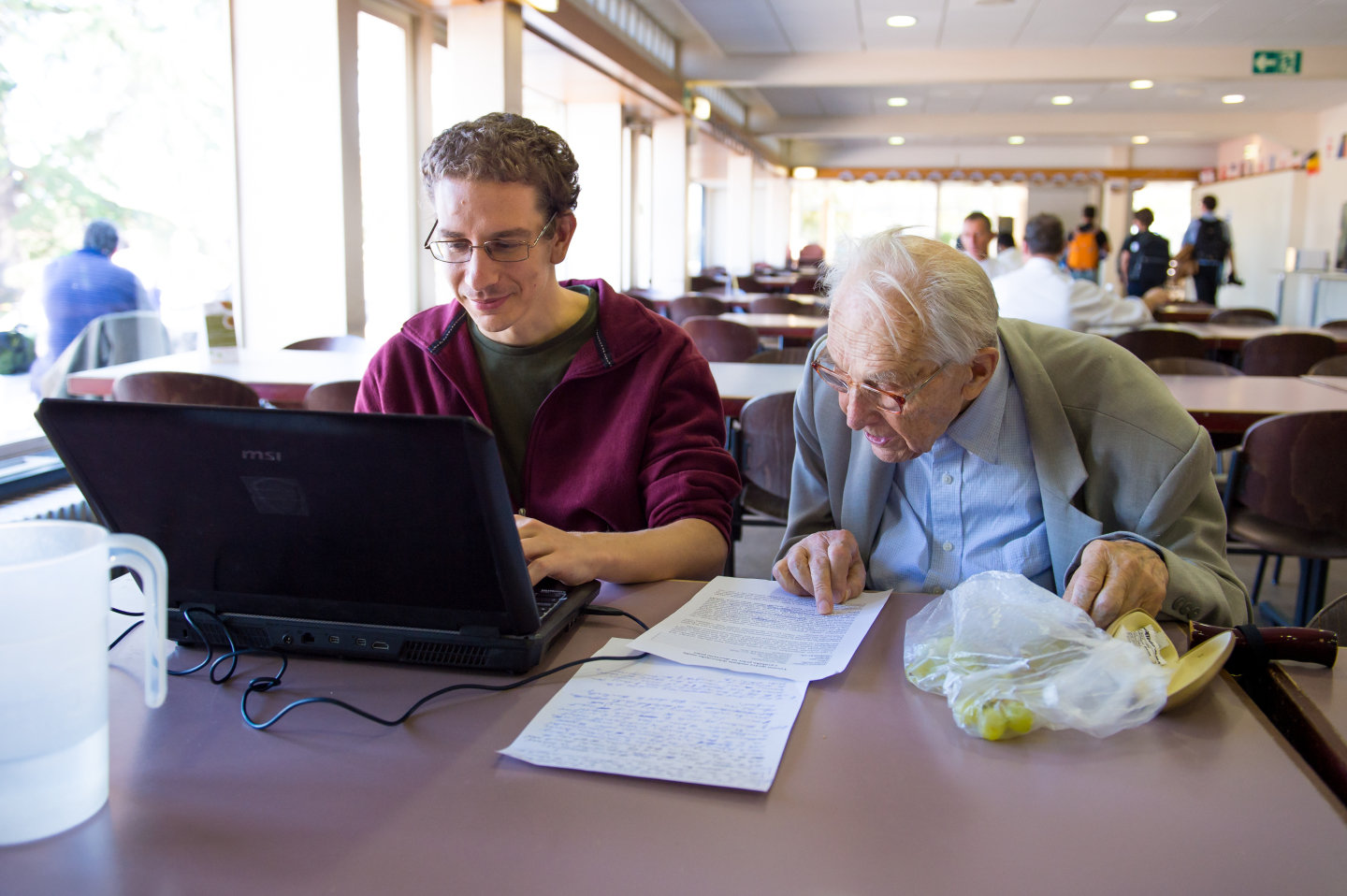 In September, eight physics laboratories, all members of the InterActions collaboration, launched local competitions, each inviting a dozen photographers to explore and immortalise activities going on behind the scenes on their premises. Each laboratory then selected three photos to go forward to the international competition.

The 24 photographs were judged by the public in an online vote and by an international judging panel of artists, photographers and scientists. The top three in each vote were selected, including one taken at CERN by Robert Hradil.

“I'm still very excited that I could be part of the competition and see the great people standing behind the evolution of science.”

Below is a list of the winning photographs, which can be viewed here.

Congratulations to all six photographers, whose photos will feature in Symmetry magazine and the CERN Courier and will be displayed in the various laboratories.

Congratulations to our Background Challenge w...