Waves of congratulations for the Nobel Prize

The 2017 Nobel Prize in Physics has been awarded to Rainer Weiss, Barry C. Barish and Kip S. Thorne for the detection of gravitational waves 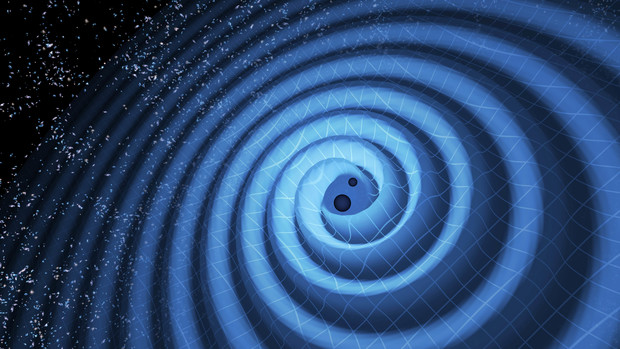 This illustration shows the merger of two black holes and the gravitational waves that ripple outward as the black holes spiral toward each other. (Image credit: LIGO/T. Pyle)

CERN congratulates Rainer Weiss, Barry C. Barish and Kip S. Thorne of the LIGO/Virgo Collaboration on the award of the Nobel Prize in Physics "for decisive contributions to the LIGO detector and the observation of gravitational waves".

On 11 February 2016, the Laser Interferometer Gravitational-Wave Observatory (LIGO) scientific collaboration and the Virgo collaboration announced that they had detected gravitational waves – ripples in the fabric of space-time – for the first time. On that day, the collaborations published a historic paper in which they showed a gravitational signal emitted by the collision of two black holes about 1000 million light-years away, 36 and 29 times more massive than our Sun respectively. The first ever direct detection of gravitational waves confirmed one of the major predictions of Einstein’s theory of general relativity, nearly one hundred years since it was proposed.

The first signal was recorded on 14 September 2015. A second signal was detected three months later, and a third came in January 2017 and was announced by researchers in June this year. The LIGO and Virgo collaborations announced that they had detected a fourth gravitational wave signal, the first observation made using three different detectors, just last week.

On the historical day of the first official announcement to the scientific community and the public, Barry Barish, one of the founding fathers of the LIGO experiment, gave a seminar at CERN in a packed Main Auditorium. The relationship between the gravitational wave community and CERN didn’t stop there: on 1 September 2017, scientists from both communities met at CERN to identify technology synergies for the future, from the theoretical and experimental points of view.

The gravitational wave discovery opens a completely new window to look at the universe.

Watch the video of Kip Thorne recorded in 2016. Kip Thorne describes his own role and that of colleagues Rainer Weiss and Barry Barish in the discovery of gravitational waves.